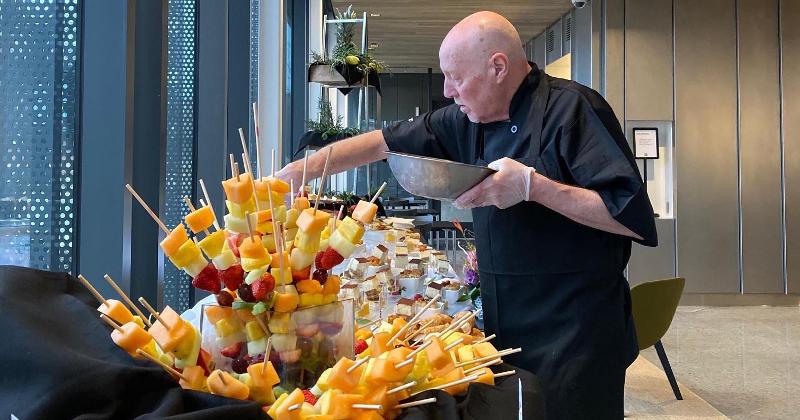 This is the final installment in FSD's latest Anatomy of a Renovation series, which follows the creation of Kansas City Art Institute’s Wylie Dining Center from blueprints to reality.

Since day one, the new Wylie Dining Center and adjacent Cafe Nerman at the Kansas City Art Institute were built with the idea of being a place where students, faculty and area residents could all share a meal.

“Bringing the community together with students and faculty and having them gather in this dining facility was a goal for the project,” says Chris Carvell, owner of Christopher Carvell Architects, one of the architectural firms that worked on the new space. “And I think we worked hard at trying to give the dining facility a lot of visibility both on campus and off campus.”

The team furthered that goal with two opening celebrations that offered project stakeholders and the larger Kansas City, Mo., community a preview.

The first celebration was a thank-you dinner for  the individuals and organizations that made the construction project possible, says Director of Membership and Events Lauren Weinhold, adding that“we wanted to welcome them into what we consider to be their building." 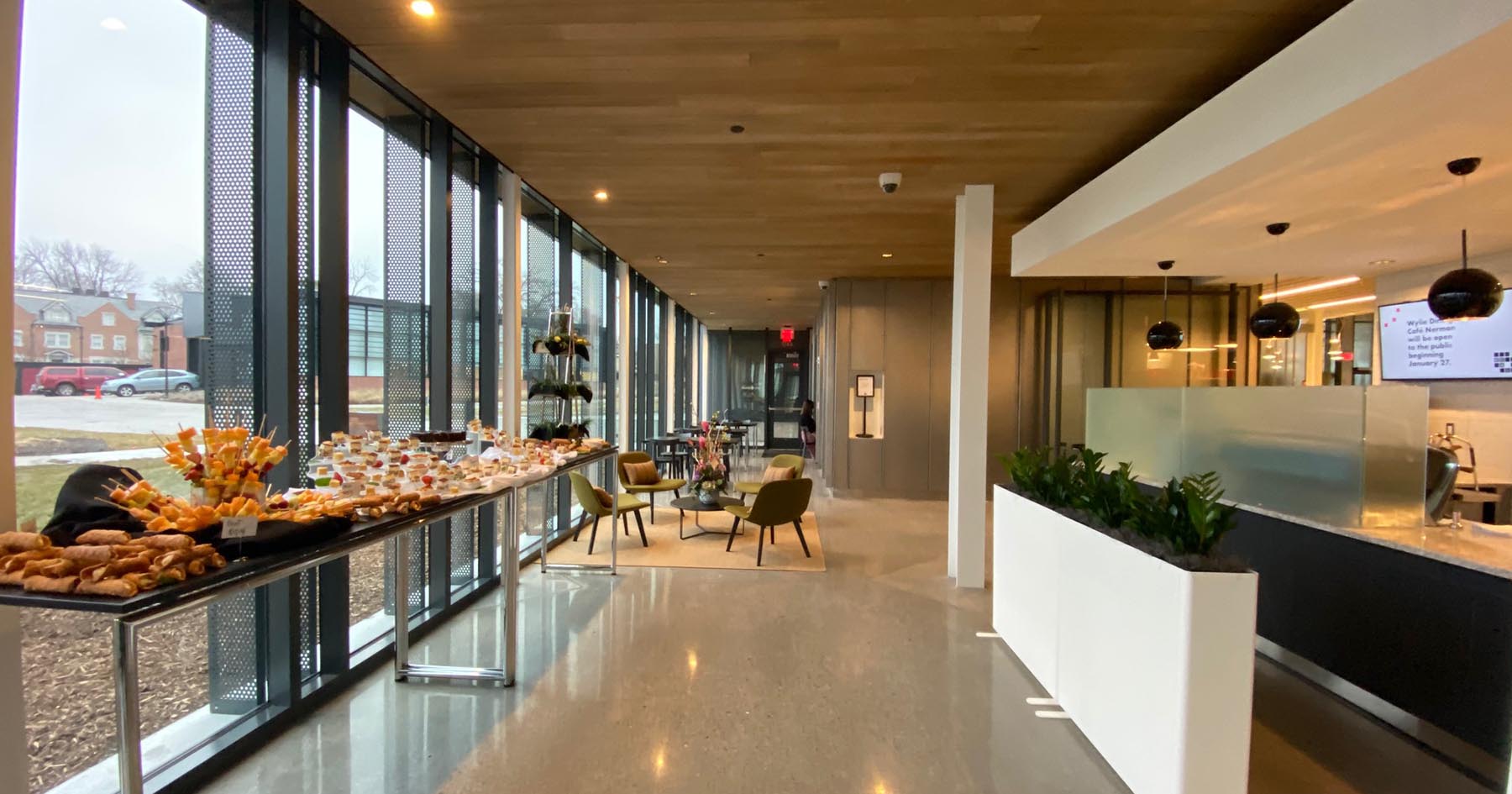 That evening also marked the first time the dining team served food in the new spaces. The team stuck to finger foods like shrimp shooters and made sure each micro-restaurant at Wylie Dining Center had something on offer.

“We pretty much spread the food throughout all of the venues so [attendees could] kind of see a little bit of how the venue was run,” says Director of Dining Albert Macias.

Weinholdsays this on-the-go menu was essential to giving guests the freedom to walk about the space and explore. “You could certainly get plenty of food, but you could also be mobile and walk around and not have to feel like you were lugging around plates and silverware,” she says.

Bringing in the community

The team also hosted a brunch that was open to community members. This celebration was a little more casual than the stakeholder dinner, and Macias and his team focused on dishes that were going to appear on the actual menu once the space was officially open.

The goal of this celebration was to give the community an inside look at the space and to let them know that they were encouraged to dine there, Weinholdsays. “We wanted to not only show it off but also let folks know that if you want to grab a sandwich or a quick dinner or simply a cup of coffee with friends or [have a meeting], that these are open to you.”

The two celebrations accomplished their goal of impressing diners, Weinhold says. “I heard several folks say, ‘Well, gosh, this is a far cry from my college dining experience.’ And they're right—it is. It was incredibly well received.” 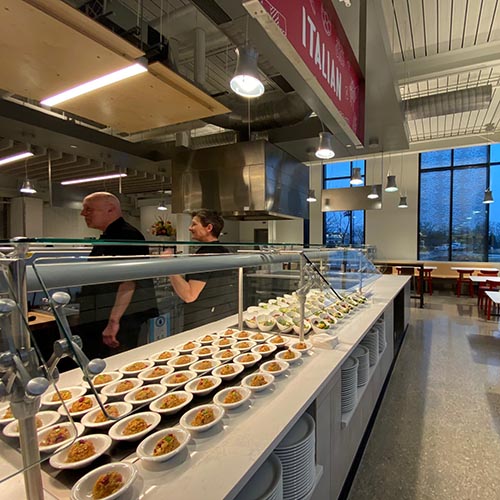 In the week or so between the brunch and the concepts’ official opening, Weinhold remembers that several community members tried to come in for a bite to eat. Local residents’ excitement about the eateries continued once they had officially opened their doors.

“Until the campus had to close due to the pandemic, it was not uncommon to see local business leaders, neighbors and parents of students coming for a meal and a cup of coffee,” Macias says. “Folks had really embraced it as a new dining option.”