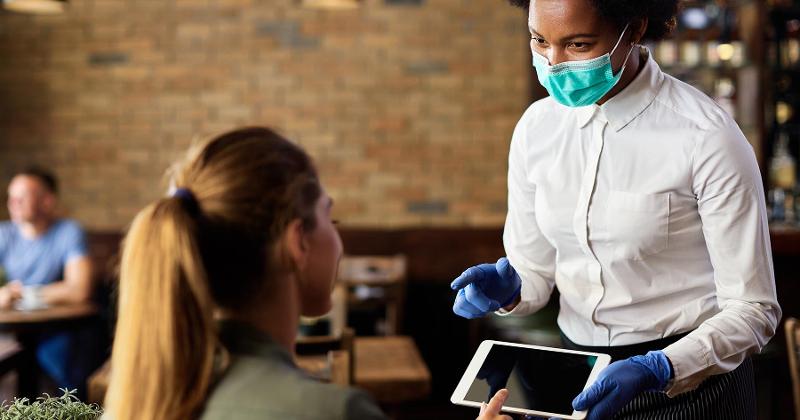 Foodservice operations’ work-arounds for selling meals during the COVID-19 pandemic are getting ready buy-in from consumers, with the public embracing such accommodations as ghost kitchens and human-less interactions even if the adjustments push up prices, a new study has found.

The report was released Monday, as many restaurants are striving to hold onto off-premise business while dining-in limitations are lifted. It shows that operators have considerable support from their customers on that front, with 23% saying they expect to continue ordering more takeout and delivery even as normalcy returns. Participants in the survey have increased their orders for those forms of off-premise service by 68% and 52%, respectively.

In addition, 46% of the respondents said they do not foresee changing the overall dining patterns they adopted during the pandemic.

The surveyed consumers indicated that they regard a $4 extra charge for delivery to be fair. In general, according to the report, consumers don’t object to paying more for delivery, provided it meets their expectations. Three of 4 (75%) said those expectations include having the meal arrive at their door within 30 minutes of the order being placed, and only 20% say a 45-minute wait is reasonable.

The report asked consumers specifically about ghost kitchens, or facilities that produce meals exclusively for takeout and delivery. More than half (56%) say they’d be willing to order from a restaurant without a storefront. Forty percent said they’d favor taking humans out of the delivery process and having their meals carried by drones or driverless vehicles.

The report, “The Restaurant of the Future Arrives Ahead of Schedule,” was prepared by the consulting firm Deloitte. It was based on interviews conducted with consumers in December before the pandemic reached the U.S., and in June.

The major finding, according to Deloitte, was a surge in the importance of convenience. It found that nearly two-thirds of respondents (62%) cite convenience as the main reason they buy a meal from a restaurant.

“Restaurants that emerge from this unplanned inflection point in the industry’s history will be set up to provide a new standard in customer convenience, responsiveness, and safety that can pay off long after the tumult of this pandemic is over,” said Jean Chick, a Deloitte principal.