Ask the foodservice directors at most schools what they think is the most popular restaurant among students and most will give you the same answer: Chipotle. The concept is so popular that Wesley Delbridge, nutrition supervisor for Arizona’s Chandler Unified School District and a spokesperson for the Academy of Nutrition & Dietetics, refers to today’s students as the Chipotle generation. 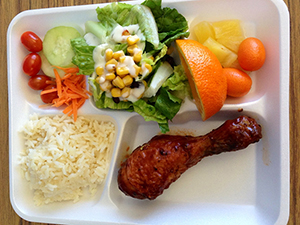 The Mexican-inspired chain offers a modern take on fast food by appealing to the values of young customers, namely fresh flavors, customizable menu options and an emphasis on transparency and safe, healthy ingredients. As Chipotle continues to grow in popularity and other fast-casual restaurants follow in its footsteps, the school cafeterias that are adapting Chipotle’s tactics are changing the way students and parents see school lunch—and drawing in plenty of new customers.

“Chipotle has changed the psychology of how we serve. Students want things made in front of them,” Delbridge says. After surveying students, Delbridge’s team learned that its customers preferred being part of the lunchtime decision-making process instead of receiving preportioned trays. In response, Delbridge switched from traditional five-compartment lunch trays to single compartment trays in several of Chandler’s elementary schools. Entrées are portioned into disposable containers, like cups or boats, which students can select and put on their own trays. 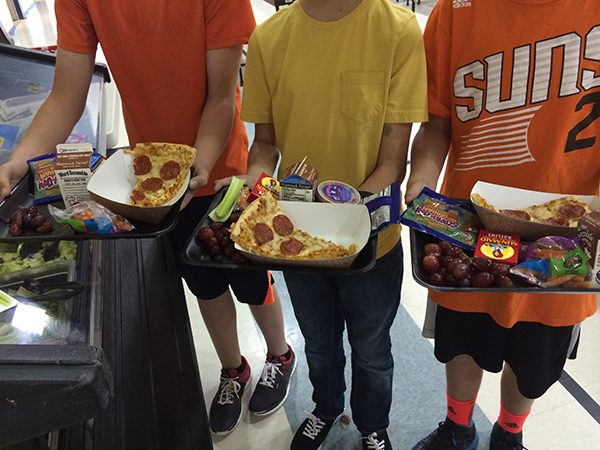 The customization concept takes a different, yet equally effective form in Chandler high schools. There, items like sandwiches or burritos are made assembly-line style in front of students, who have the opportunity to select a base of meat or beans before adding their choice of cheese, vegetables and other toppings. Though costs for this model are slightly higher (costs stayed the same for the elementary school program), Delbridge views them as an investment that will get parents rethinking school lunch, as well as getting more students in the lunch line. “It’s paid for itself because the participation is there,” says Delbridge, who points out that offering more students choices has also helped decrease waste.

At Chesapeake Public Schools, in Virginia, keeping up with Chipotle-inspired trends is also key, even though it isn’t always easy. “School serving lines are so traditional. They present challenges to the make-it-in-front-of-you concept, so what we try to do is take it part way,” says Joanne Kinsey, director of nutrition services. For salad bowls, students can select toppings available in preportioned cups, and many items are now served in disposable black bowls with clear lids to mimic takeout containers.

The district is also developing new flatbreads that students will be able to customize using items that are already in inventory, such as herbs, spices and red onion. Chesapeake is expanding its Mexican offerings, too, with heat-and-serve bean products that can be used to make Chipotle-style side dishes, including salsa or corn and black beans. “These things are going to fit our price point rather than going to a mainline distributor and buying restaurant-quality items,” Kinsey says. 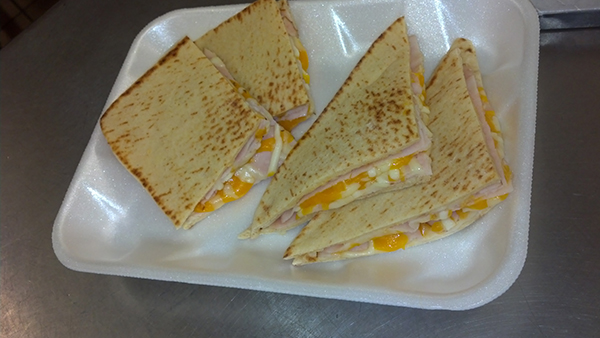 Like at Chandler, some of the trend-conscious changes at Chesapeake come at an additional cost. But Kinsey emphasizes that they’re worth it and can be attained with some creative shuffling. “Sometimes you’ll pay a little more for a premium product because you know it’ll be a participation driver,” she says. Often, that’s something such as a taco salad with chips, meat, salsa and sour cream, an always-popular entrée that’s offered weekly at Chesapeake schools. To make up for the higher cost, Kinsey controls portion sizes and incorporates less expensive items into the menu cycle on other days.

Other districts have gone even further, offering menu items featuring sustainably-raised meat, a concept first popularized at the national level by restaurants including Chipotle. Chicago Public Schools, the nation’s third largest district, worked with Whole Foods Market to negotiate the purchase of 1.2 million pounds of antibiotic-free chicken from local Amish farms. Last spring, San Diego Unified School District also began piloting an antibiotic-free chicken program in 16 elementary schools as part of its farm-to-school program. Thanks to smart procurement and preparation practices, costs haven’t gone up: The district worked with local Whole Foods Markets that were already buying from California farm Mary’s Free Range Chicken to get 200,000 pounds of antibiotic-free, vegetarian-fed chicken at the same price. “Drumsticks aren’t the No. 1 seller at Whole Foods, so they had drumsticks that were becoming available through Whole Foods processing. We were a good avenue to utilize that product at the same price Whole Foods did,” says Fred Espinosa, manager of production and acquisition. 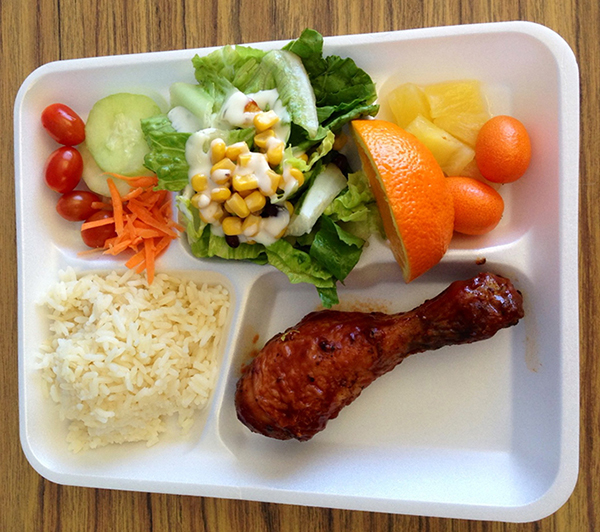 Unlike precooked commodity products, the chicken Espinosa buys comes raw, which also helps cut costs. By cooking the chicken in a combi oven, cafeteria staff can ensure the meat is cooked to a safe internal temperature while remaining moist. “Students like the seasoning and the moisture of the product. But these are elementary kids, so I’m not sure they understand the difference [of antibiotic-free products]. But their parents certainly do,” Espinosa adds.