The House Committee on Education and the Workforce on Wednesday approved a Child Nutrition Reauthorization bill that would raise the qualifications for school districts to participate in the Community Eligibility Provision. 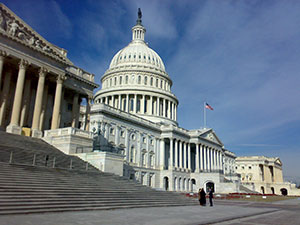 The legislation, which will now be considered by the full House, would require school nutrition professionals in the program to have at least 60 percent of students qualify for a free or reduced-price meal in order to be able to offer free meals to all students in the school. The current standard is 40 percent.

Another key provision of the bill establishes a block-grant pilot project in three unannounced states, but is open for all to apply, says the School Nutrition Association. Under the grant, the federal government would provide a set amount of funding to child nutrition programs for three years.

Operators would then determine on their own how they would run their foodservices, says the SNA, adding that school feeders would not have to follow federal regulations for child nutrition programs, including nutritional guidelines and mandatory procedures such as providing income verification used to offer free and reduced priced meals.

To some operators, that may sound like a good thing; but SNA spokeswoman Diane Pratt-Heavner begs to differ, noting that funding under a block grant would not exceed, if at all meet, the funding school districts received during the 2016 fiscal year.

“States would get less money than they’re getting now,” Pratt-Heavner said. “They wouldn’t have to meet the standards, but they’re pretty much on their own. They wouldn’t receive any more funding if, say, they had increased enrollment or a natural disaster happened. So, overall it cuts funding for school meals.”

Those participating in the pilot project would also lose funding due to no longer receiving federal reimbursement for meals provided to students who pay full price, or the additional 6-cent lunch reimbursement they receive for meeting requirements specified under the Healthy, Hunger-Free Kids Act.

Though the association of 56,000 nutrition professionals approves of the legislation’s language to increase federal reimbursements for school breakfast, it strongly opposes the block-grant pilot, according to a release.

“The block-grant pilot is the opening salvo in an aggressive, alarming attack on the future of school meals,” SNA President Jean Ronnei said in a statement. “The provision opens the door to a broader effort to block-grant school meal programs nationwide.”

The committee also approved an amendment from Rep. Rick Allen, R-Ga., that calls on the U.S. Department of Agriculture to study how private-sector partnerships can improve child nutrition programs.

In addition, the bill still keeps sodium levels where they are—unlike the Senate bill—until scientific research shows a need for further reductions, and it also calls for sodium and whole grain requirements to be reviewed by Sept. 30.