Continue to Site >>>
<!--Wincup FSD through the end of January, pending--!>
Edit

Hospitals finally are offering third-shift workers an alternative to carrying a lunchbox. The popularity of micromarkets—small, unmanned convenience store-cum-walk-in-vending machine—is blooming. According to FSD’s 2015 Hospital Census report, published in May, 11 percent of hospitals with late-night foodservice offer an unstaffed c-store or micromart. But how do operators run them while also avoiding theft? 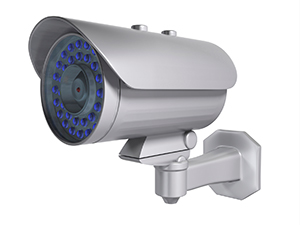 Aramark has 450 micromarkets in B&I operations, each of which carry around 250 SKUs. They’re doing so well that Aramark is opening 50 to 60 percent more this year compared to 2014. The self-serve stores see very little theft, says Jennifer Cottrell, director of micromarkets for the Philadelphia-based contractor, though she admits it’s higher than in manned locations.

Most micromarts install cameras as a matter of protection. Some customers who know they’re on camera go through the motions of paying for food on the POS system, Cottrell says, but at the end they hit “cancel.” To prevent this, Aramark’s machines issue an announcement when a payment is canceled that is loud enough for other customers to hear. The background screen also flashes red, which she says is visible on security videos.

Health-insurance company Florida Blue has six micromarkets in various states. Food and beverages mostly are sold from open-air refrigerators, and there is no theft.

“We do a very good job of letting people know they are on camera,” says Damian Monticello, senior manager of corporate hospitality services for Florida Blue.

Theft is about 1 percent of aggregate sales at the more than 1,000 Sodexo micromarts, mostly found in B&I and healthcare operations. A big deterrent comes in the form of live surveillance camera feeds, says Shawn Murphy, product development director for Convenience Solutions by Sodexo, since customers can watch themselves being monitored. “It’s a digital screen split into four quadrants so you can see different areas,” she says.

Ultimately, Monticello says, the lack of theft comes down to logic: “Are employees willing to risk their job over a $1.50 soda?”