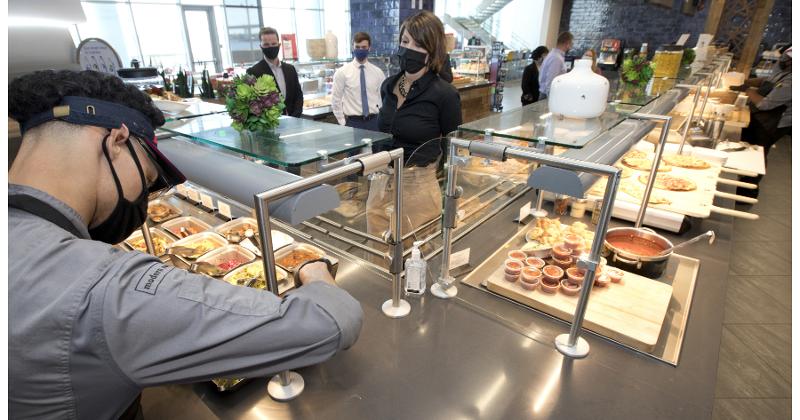 Last month, Brown & Brown Insurance cut the ribbon at its new campus in Daytona Beach, Fla., making it the first Sodexo account to build out the company’s Modern Recipe concept from the ground up.

Brown & Brown is calling the dining space The Sanctuary Cafe, and it follows Sodexo’s Modern Recipe guidelines of combining contemporary food choices with fresh, local flavors in a pandemic-ready environment.

“Right now, the building is running at 33% capacity, so we’re seeing 150 to 200 customers a day,” says Will Smith, Sodexo’s GM at The Sanctuary Cafe. Currently, the cafe is staffed with an executive chef and six frontline workers, but “we plan to bring on more employees as more people return to work,” he says. 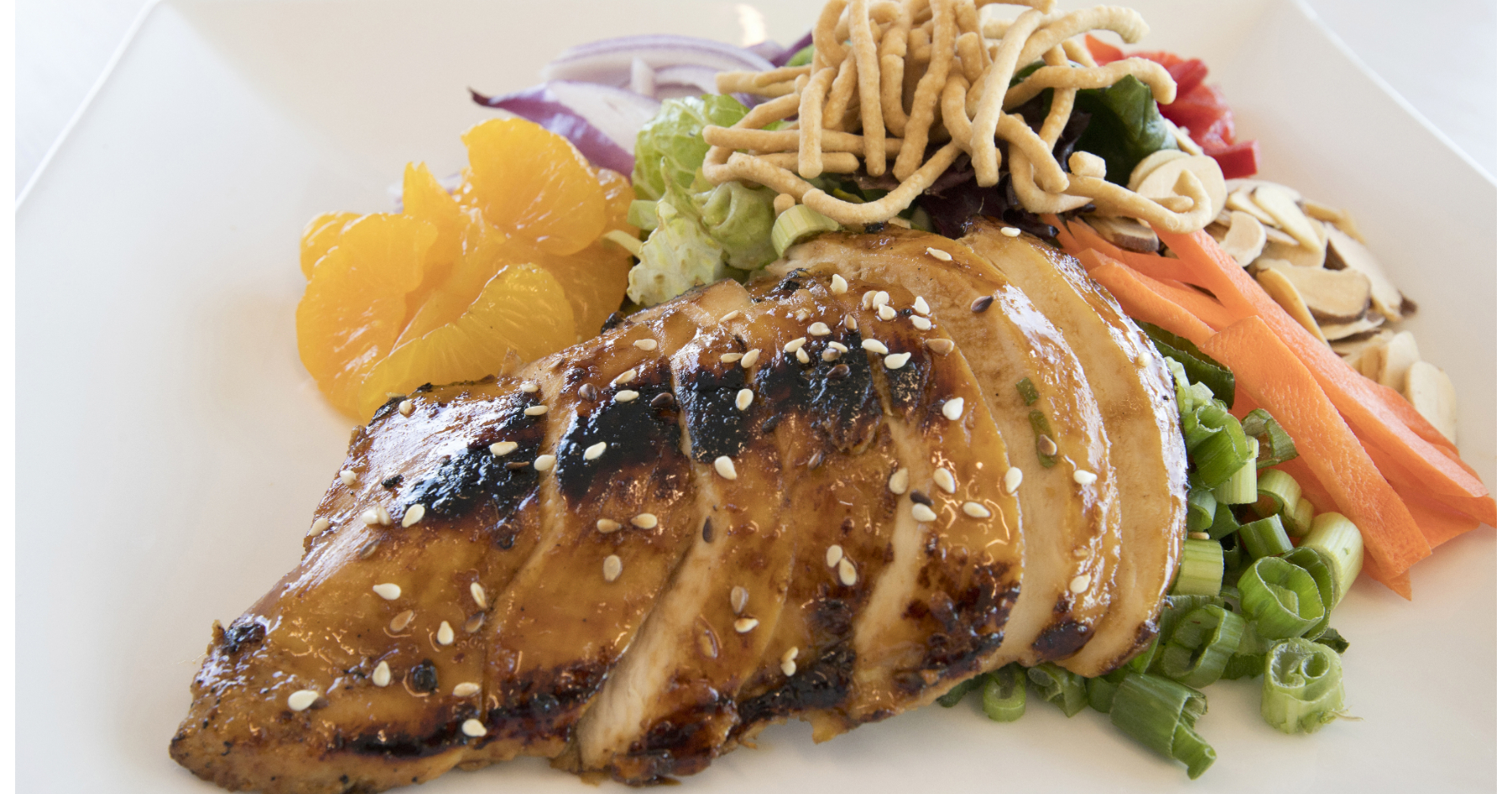 Customers have their choice of four stations, all of which offer made-to-order menu items and focus on seasonal ingredients from local producers, including bakers, farmers and fishers. There’s an action station with rotating globally inspired dishes, such as curries and poke bowls; a deli station with sandwiches and soups; a pizza station featuring personalized pies; and a pop-up, currently serving up salads built by team members and, on Fridays, fresh-caught fish.

“The fish comes from local vendor Gary’s Seafood and is caught off the Florida coast,” says Smith. “Species such as mahi mahi, Arctic char and snapper are available in several applications, including cooked entrees, poke bowls and salads.” 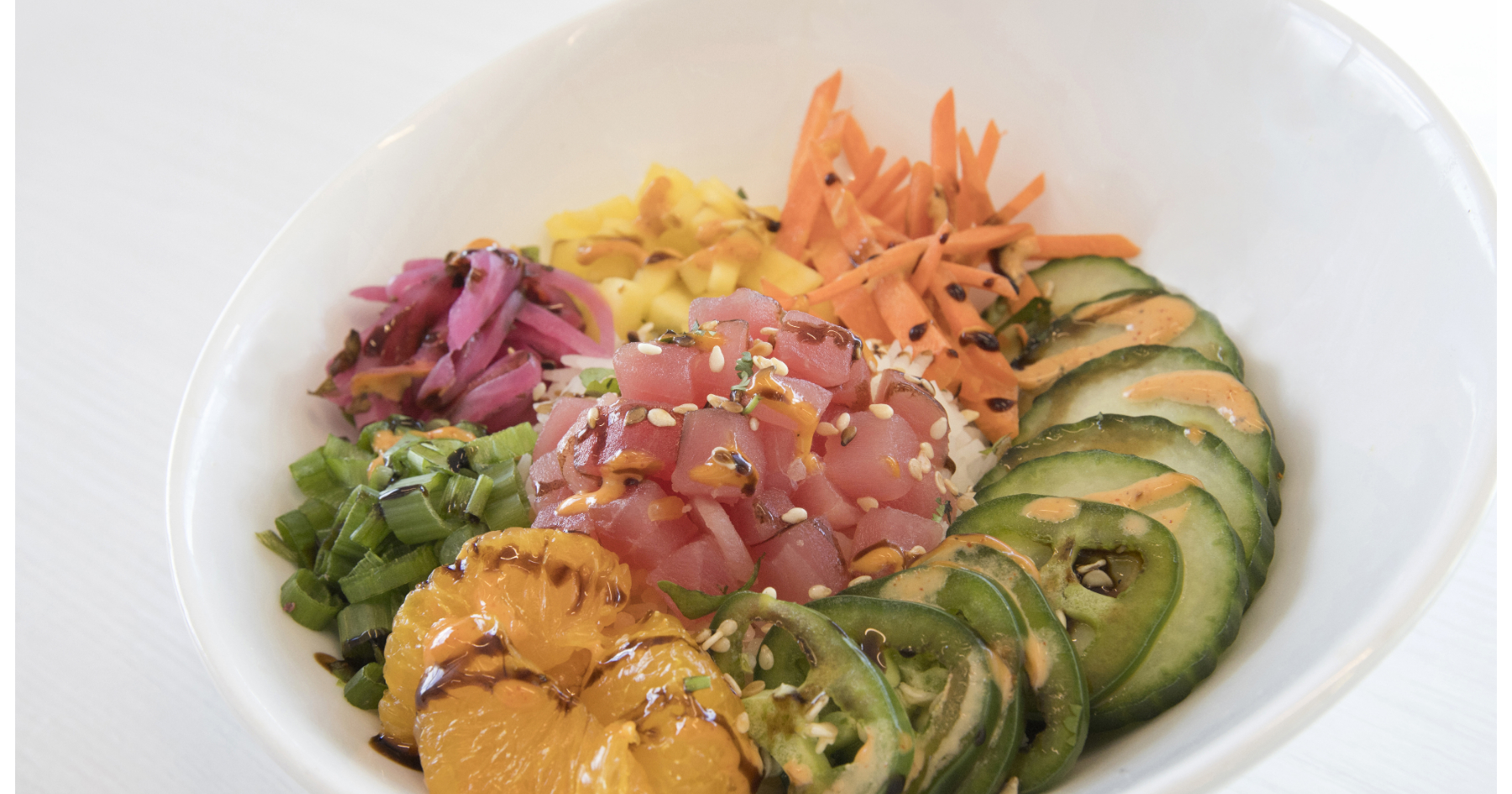 The dining area is set up with tables and chairs for casual groups but also offers working lunch zones for mealtime meetings. The building has a large outdoor seating area and balcony as well, where Smith plans to set up a barbecue grill station.

Since much of the food prep and cooking is customer facing, the kitchen and back-of-house area has a smaller footprint. A kitchen on another floor can handle increased production and eventually be used for catering, says Smith.

After hours, employees can pick up food from a self-checkout kiosk, which offers Sodexo’s Simply To Go line of parfaits, sandwiches, salads and snacks. For now, both dine-in and to-go items are served on disposables and in compostable containers.

Going forward, Smith would like to offer delivery, if Brown & Brown is on board. “There’s a built-in pantry on each floor and we can set up an area there where employees can pick up delivery orders from The Sanctuary Cafe,” he says.