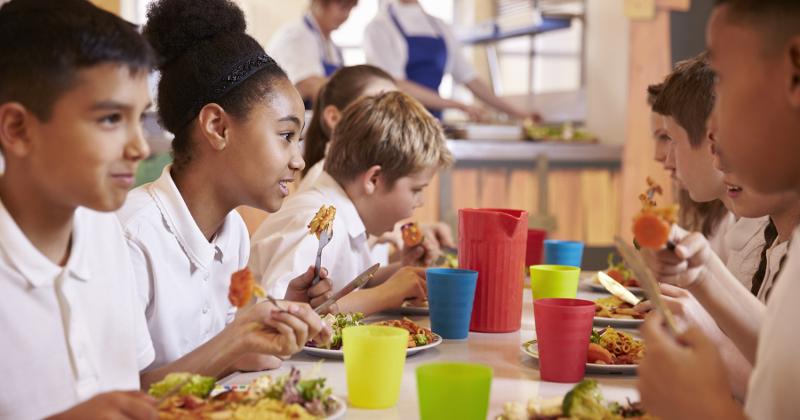 In a fact sheet released by the White House, the administration noted that only 70% of eligible schools participate in CEP since some schools would receive reimbursement rates below the free meal rate. The American Families Plan would direct $17 billion to expand free meals for children in high poverty districts—those in which 40% of students are enrolled in the Supplemental Nutrition Assistance Program, or SNAP—by reimbursing a higher percentage of meals at the free reimbursement rate through CEP.

The plan would further expand free meals for elementary students by reimbursing an even higher percentage of meals at the free reimbursement rate through CEP and lowering the CEP eligibility threshold for elementary schools to 25% of students participating in SNAP. The plan would also expand direct certification with Medicaid for free and reduced-priced meals. The administration believes this would provide free meals to an additional 9.3 million children, about 7o% of whom are in elementary school.

“CEP ensures every child can eat a healthy meal without having to worry about whether they have enough money in their accounts and wipes out the stigma for kids who depend on free school meals,” SNA President Reggie Ross said in a statement. “Many CEP-eligible schools do not currently participate in the program because the reimbursement formula does not allow the program to claim all school meals at the free rate, making CEP financially untenable. Any effort to enable more schools to participate in CEP will increase access to healthy school meals in needy communities.”

In addition to expanding CEP, the plan would also allocate $25 billion to expand summer EBT to all eligible children nationwide and make the program permanent. It would also provide a $1 billion healthy foods incentive demonstration, which would go to schools that offer more healthy foods.