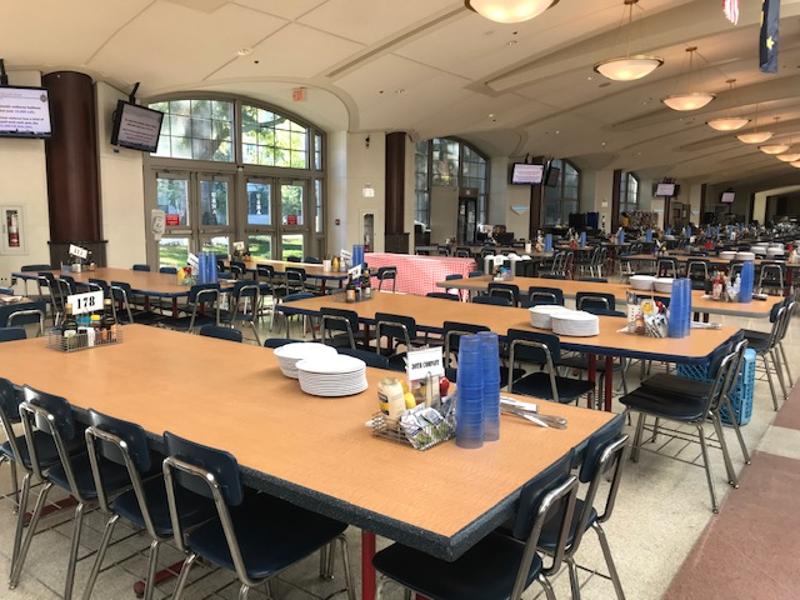 Every weekday, 4,500 midshipmen gather for “mando meals” in King Hall at the U.S. Naval Academy in Annapolis, Md. Those are the mandatory breakfasts and lunches students are required to eat in the dining hall Monday through Friday, dinner optional.

Students file in and sit with their company at one of 392 tables. There’s a big brass bell on a raised platform in the middle of the hall; once it rings, everyone sits down in sync.

Thanks to a foodservice team that operates with military precision, diners are in and out in 25 minutes.

“Carts stacked with pans of food roll out from the kitchen and everything is served family-style,” says Aleithia Castro, the warrant officer currently heading up the operation. Most of the dining and kitchen staff are civilians employed by the government, but Castro is military and will serve in this position for three to four years.

“There are typically three or four pans of hot foods on each table, and students can pick up extra vegetables in the servery,” she says. A salad bar and protein bar are in each of King Hall’s three wings, along with large wire bins filled with snacks to grab and go.

Unlike other college dining programs, the Naval Academy doesn’t really cater to special diets or allergies. It’s difficult to provide allergy-friendly foods on a ship at sea, so it’s rare for students with allergies to even apply to the academy. Students can help themselves to meatless proteins like beans and pasta, “but never tofu,” says Castro. “We have to feed them what they can expect once they go out on the fleet.”

Dinners are more flexible and not mandatory. “Students can come in anytime during a 2½-hour window, and we usually feed around 2,000 a night,” says Castro. “It’s more like college dining.”

First-year students can order dinner from Annapolis restaurants and have it delivered via DoorDash or Grubhub, while upperclassmen can leave campus and patronize local restaurants on weekends.

There are also several retail options on the grounds, including a food truck, quick-service restaurant and a coffee shop called 1845 Cafe, named for the year the Naval Academy was founded. 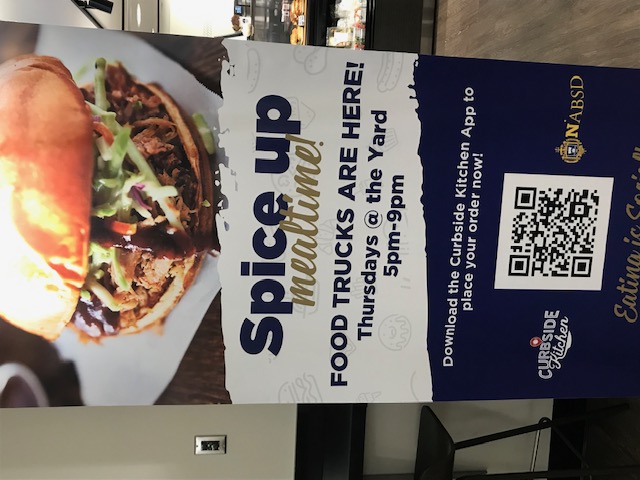 1845 Cafe has two freestanding locations and a new unit in the Midshipmen Store. This latest location opened in February and has been “a massive hit,” according to the manager. On the menu are coffee drinks, teas and snacks. The coffee is a proprietary 1845 Blend supplied by a local roaster, Ceremony Coffee.

The goal was to have extended hours through the evening, adding smoothies and frappes for late-night snacking. But the academy is having the same labor issues as the rest of the foodservice world, so hours are limited. The staffing shortage is complicated by the fact that the school doesn’t allow its students to work during the four years they attend. But another Annapolis school, St. John’s College, is right next door, and those students can apply and are hired. 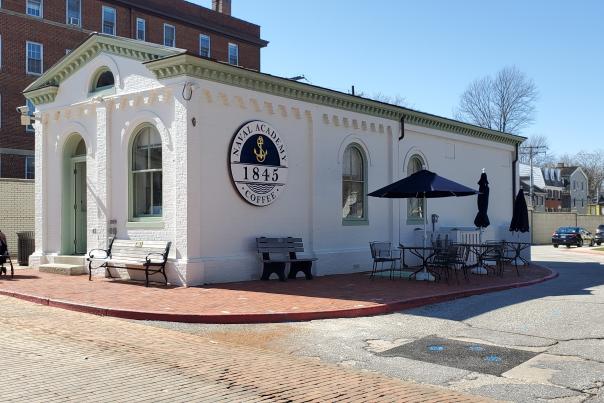 The QSR concept, called Drydock, is open to students and visitors, “but hasn’t been profitable for a long time,” says Executive Chef Randy Pyren. Right now, the menu is limited to personal-size pizzas and sandwiches.

“During COVID, we prepared late-night meals for the midshipmen in the ships at dock, focusing on pizza, rice bowls and sandwiches,” says Pyren. “Then six months ago, we converted Drydock to a grab-and-go operation with a reduced menu.”

But the catering business is booming, he adds. “We’re getting ready to do a major renovation, taking space away from Drydock for a new catering kitchen,” Pyren says. “This will make it possible to do more on- and off-premise catering.”

Although only nine people are currently on staff to take care of catering functions, the chef hires as many as 15 temporary cooks and 25 servers to work large events. 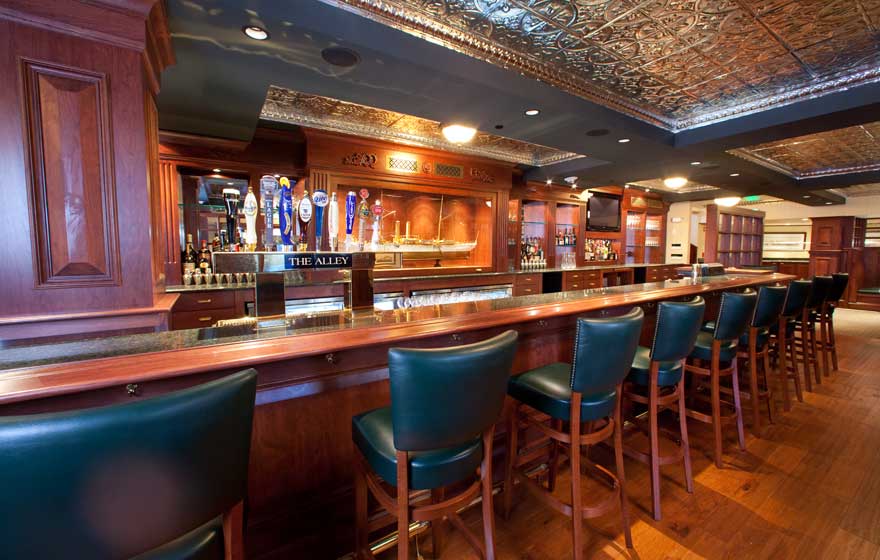 Photo of The Alley courtesy of U.S. Naval Academy

Smaller events can be held in the newly refurbished Naval Academy Club, which has several venues for private parties. It’s housed in the same building as a full-service restaurant called The Alley, remodeled from a former bowling alley and boasting a full bar and dining room.

It’s geared primarily to members of the club but is now open just for dinner and only on Thursday and Friday nights, says Pyren. Once again, the labor shortage is cutting into hours of operation, but The Alley will be offering a Thanksgiving takeout dinner for the first time, he says. 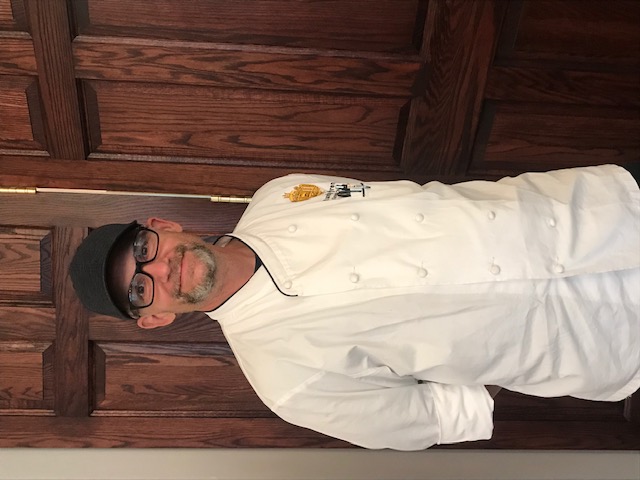 Right now, catering remains the Naval Academy’s main retail focus until the staffing situation improves. And with the recent refresh of the club’s private spaces and the impending construction of additional kitchen space, Pyren is gearing up for a robust and expanded catering operation. “We can do everything from small weddings to seated dinners for 700,” he says.

Every dollar of profit raised through catering, the restaurants and the cafes supports the Brigade of Midshipmen, which funds club sports, extracurricular activities and other quality of life services.