A longtime veteran of Aramark’s foodservice operations, John Zillmer, is returning to the contract-services company as CEO at a time of increased activism by one of its major stockholders.

He succeeds Eric Foss, who retired from the post in late August after activist investor Mantle Ridge increased its stake in the company to 20% of shares outstanding.

Simultaneous with hiring Zillmer, Aramark announced that it will reconstitute its board with five new independent directors, including Mantle Ridge CEO and founder Paul Hilal. Included among the other four nominees or appointees are two restaurant chain veterans: Greg Creed, who will retire in December as CEO of Taco Bell parent Yum Brands, and Karen King, formerly EVP and chief field officer for McDonald’s.

Zillmer has also been appointed to the board.

Four directors are retiring. If Creed wins election to a seat as expected, the board will grow to 11 directors. Stephen Sadove remains chairman. 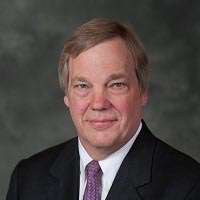 Zillmer spent 18 years with Aramark before leaving to become CEO and chairman of Allied Waste Industries, a waste-collection and recycling company. He has also served as CEO and executive chairman of Univar, a chemical and ingredients distributor.

At Aramark, Zillmer held several foodservice positions, including EVP of business dining services, on his way up to president of the corporation’s global food and support services.

“John Zillmer is an outstanding leader with a proven record of accelerating business performance and fostering a strong corporate culture, Sadove said in a statement. “We are thrilled he is returning to lead Aramark as chief executive officer. Additionally, we appreciate Mantle Ridge’s thoughtful approach to the long-term success of Aramark and welcome this opportunity to partner with Paul Hilal, a true owner-steward.”

“I look forward to working closely with John, Steve and the Board to further our common purpose: helping Aramark most fully realize its potential, and drive value for all of its stakeholders,” Hilal said.

Said Zillmer, “I am extremely excited about the opportunity to rejoin Aramark at such a dynamic time in the company’s history.”