After a year of testing and making tweaks, Amazon Go, the long-awaited brick-and-mortar cashierless c-store concept from Amazon, opens to the general public today in Seattle, according to the Amazon.com website. 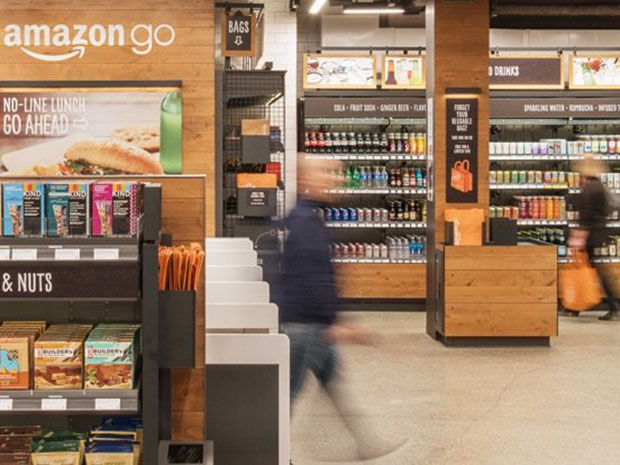 What Amazon calls “just walk out” technology—computer vision, sensor fusion and deep consumer learning—automatically detects when a customer takes or returns products to the shelves and keeps track of them in a virtual cart. When the customer is done shopping, they can simply leave the store; Amazon will charge the customer’s account and send a receipt.

The company launched the convenience store concept in December 2016 with an employee test, promising to open the store to the public in early 2017.

In March 2017, Amazon delayed the public launch of Amazon Go. The cameras, sensors and algorithms meant to track customers in the store had reportedly encountered problems tracking more than about 20 people in the store at once, hindering the store’s ability to accurately charge customers for their purchases.

Seattle-based Amazon gave some media outlets tours of the tweaked retail outlet ahead of the Jan. 22 opening.

Ready-made sandwiches, salads and other items come in plastic containers, a small subset of which are tagged with a dot-based readable system similar to a barcode that in some cases helps the technology identify products, said a USA Today report.

Items of the same kind, such as a certain kind of salad, all weigh and cost the same amount. That way, the technology only has to know the customer grabbed a tabouli salad, not which specific tabouli salad container they chose.

Ready-to-cook meal kits are also a popular item among testers, said the report.

The store also offers a basic lineup of beverages, snacks and grocery items, including milk, condiments, coffee, tea and toilet paper, as well as a bakery.

In the back of the store, Amazon employees staff a small wine and beer corner to check IDs.

The store is relatively small, the report said. It can hold 97 people, including the associates who stand ready to help customers, stockers, and staff in the attached kitchen who make up salads and sandwiches.

This article originally appeared on CSPDailyNews.com.

What an Amazon-Whole Foods combo could mean for foodservice