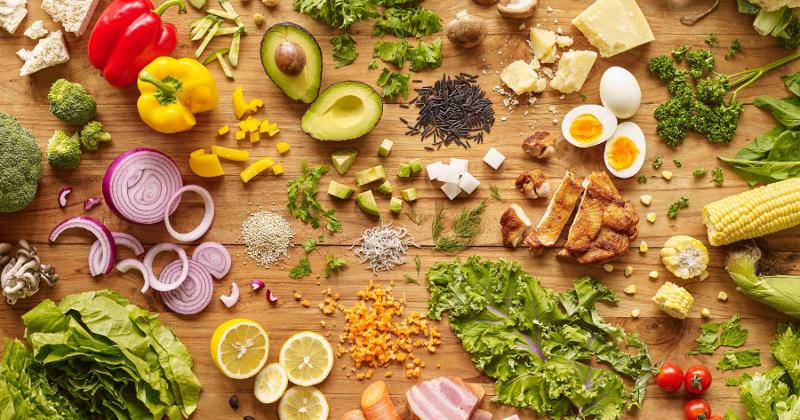 The Produce for Better Health Foundation recently hosted a webinar to discuss food safety best practices along with creative ways to menu produce and encourage kids to select fruits and vegetables.

Here are four such menu strategies to try.

1. Give students a global restaurant experience

While many school nutrition teams are focusing on Gen Z trends and habits, Director of Recipe Development at Sodexo Lisa Feldman also spoke about the needs and preferences of the next generation: Gen Alpha, which includes students born on or after 2010.

These young diners' food choices are heavily influenced by their millennial parents, and they look for cuisines from all over the globe, Feldman says.

“They're the most racially diverse demographic group in history, and they don't necessarily identify themselves as one thing or the other,” she says. “They're kind of an amalgamation of different cultures based on the cultures of their parents, as well as the demographics they live in, and because of that, there is a need for culturally appropriate recipes and menus that may or may not be mashups of different cuisines.”

Feldman recommends that schools stray from old-school preparations, such as “meat and three” style meals, and instead focus on menu items that can be combined and customized, similar to what students see in restaurants today.

“It's really about bowls, combinations of foods like stir fries, tacos, enchiladas, burritos and all of those things that allow you to focus on produce as the center of the plate and protein more as a condiment,” she says.

The Sodexo team also likes to place produce at the start of the line when students are building their dish.

3. Think outside the box with blending

Feldman says that while smoothies are a great way to serve produce, blenders can be used for more than just beverages.

“There's other fruits and vegetables that that you can blend in to create carrot hummus or beet hummus, or all sorts of other delicious dishes, and because kids love to schmear and dip, it's a perfect element to serve as an option,” she says. “It doesn't have to be just, ‘Here's a steamed vegetable,’ and that’s your vegetable for the day. Produce can be delivered in a whole lot of forms.”

4. Don’t throw away the liquid in a can

Canned produce can also be used in nontraditional ways. Garrett Berdan, an education and training specialist at the Institute of Child Nutrition, makes the most of canned goods by taking the liquid inside the can and using it in other dishes or to make a vinaigrette.

“I actually recently made a vinaigrette with frozen red raspberries and canned pear juice and some other elements, and it just turned into a really nice, light vinaigrette,” he says. “So, [that liquid] is very useful and not something that you want to throw away.”