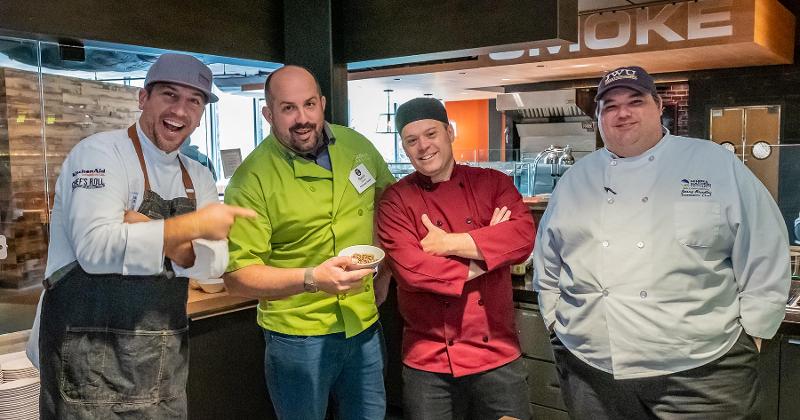 Last week, FoodService Director held its third annual Culinary Council Chefs’ Summit at the University of Michigan in Ann Arbor. Chefs from all over the country met for three days to ideate, learn from their peers and listen to presentations from sponsors and local business owners. Here are four takeaways from the event.

In a campus test kitchen, many attendees turned ingredients commonly found in savory dishes into components of sweet desserts. For example, one team of chefs used cauliflower and pancake batter to make cauliflower beignets with a chocolate avocado sauce.

Use partnerships to solve problems

Michigan Dining relies heavily on student partnerships and research to improve its program. The team is currently working with a professor in the School of Public Health to conduct a study of students experiencing food insecurity who visit the school’s food pantry. “We're analyzing the students who come into the pantry with the idea that we'll figure out what kind of problems they are having that cause food insecurity,” says Dining Director Steve Mangan. “Rather than just feeding them, we're trying to get down to the root causes of why food insecurity is an issue here on campus.”

Give staff the skills they need

Mangan says many of the dining staff do not know English well enough to get promoted. As such, Michigan’s dining team partnered with the school’s language department to offer an English as a second language course to help dining staff move forward in their careers.

While Michigan’s dining team is made up of talented chefs, Mangan says that most of them aren’t world travelers. To expand the chefs’ familiarity with different food styles, the team recently started a global chef’s program, through which they bring in chefs from all over the world to serve their native cuisine to students and teach staff the recipes.

4 takeaways from a recent gathering of chefs