This year’s average dropped by two when compared with last year’s (187 versus 189, respectively). Once again, the Northeast and South were the regions with the highest average number of foodservice residents. 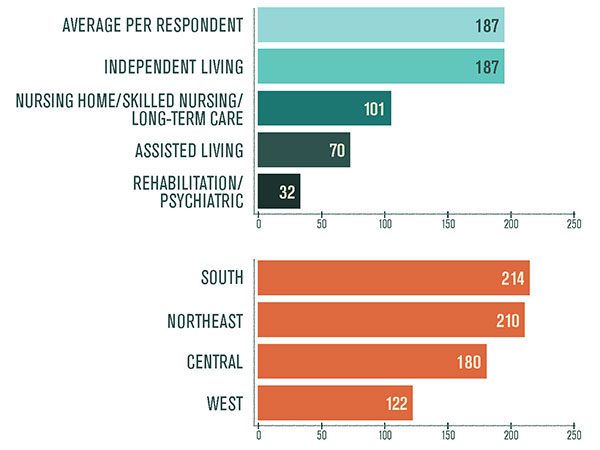 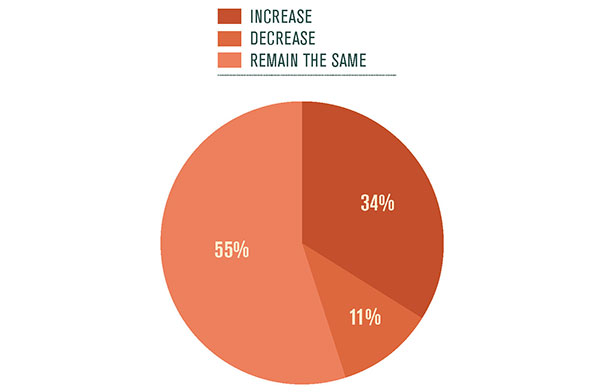 The average food cost per resident per day is $6.61, up slightly from last year’s $6.59. The highest food cost per day, at $8.39, is found in operations that serve all four types of residents. Operators in the Northeast and South report higher averages at $7.08 than their central and Western counterparts at $6.17.

As in last year’s survey, the most common meal service style is restaurant style in a dining room, with 70% of operators offering this option. Fewer operators are offering buffet-style service in the dining room this year compared with last (19% versus 26%, respectively). Again this year, there are some major differences in service styles offered by larger facilities and those with fewer than 300 residents served per day. This is driven mostly by the fact that these large facilities more often serve residents in multiple arenas.

We asked operators to rate their level of agreement with several statements on a six-point scale, where 6 was agree completely and 1 was do not agree at all. The following percentages represent those operators who strongly agree with the statement (rated 6 or 5).

48% Residents’ dining preferences have broadened to include more diversified cuisines in the past five years. Operators who serve only assisted living residents disagree, however. Forty-five percent of these operators strongly disagree with this statement.

48% Residents know what they like and do not like change, making it hard to introduce new cuisines and dishes. This is an 11-percentage points increase from last year.

39% Residents have demanded more upscale, creative dishes in the past five years. Once again, operators who serve assisted living residents aren’t in agreement, with 50% strongly disagreeing with this statement.

38% In the past five years, residents have asked for more options when it comes to the locations where they can dine on campus. This is up 12 percentage points from last year.

37% Residents are asking for more flexibility in the way they use their dining allotment/meal plan.

Sixty-six percent of respondents are implementing culture change initiatives. Operators who serve 300 or more residents per day are the most likely to have started these programs, with 83% of operators doing so. Culture change aims to move away from an institutional style of care to a person-directed one. Some ways operators are achieving this are by adding all-day dining, instituting flex-dining spending accounts and adding kitchenettes. 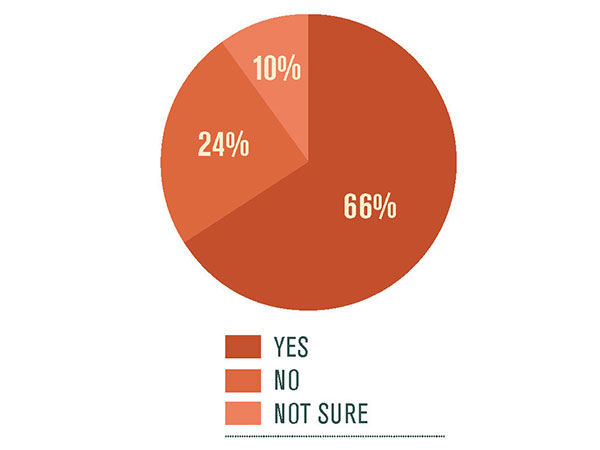 7% The average amount of food purchases that are organic for the 25% of operators who purchase organic products.

Like last year, the vast majority of operators offer their independent living/assisted living residents a set-meals-per-time-period plan (for example, three meals per day) or include it in room and board (90% this year versus 82% last year). Operators who have 300 or more residents are once again significantly more likely to offer flex dining than those with fewer than 300 residents (35% versus 7%, respectively). Flex dining gives residents a dollar amount that can be used however and whenever they wish.

Just like last year, operators are most bullish on the growth of gluten-free menu items (57% this year versus 60% last year). Operators who serve all four resident types are significantly more likely to peg gluten-free items to grow, at 86%. However, it is interesting to note that about three out of 10 respondents do not expect growth in any of these food trends.

Produce is, once again, the item most often sourced locally. For those locations that purchase locally sourced products (64%), operators purchase an average of 20% of their food from these local options.

Beyond the dining room 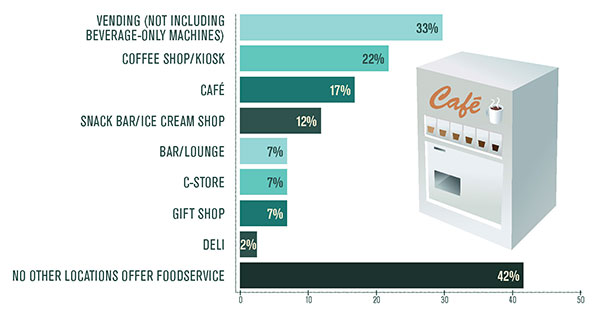 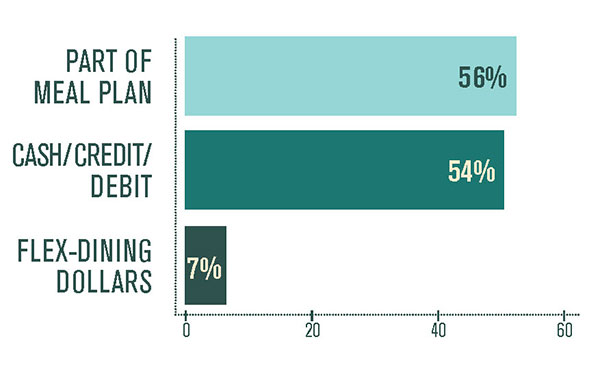 Just like last year, operators report that lunch and snacks have the highest potential for growth in the next two years. Breakfast saw the largest change from last year’s survey, dropping from 13% growth potential last year to 5% this year. Overall, operators are more optimistic about ancillary growth’s potential this year than last. Fifty-five percent of operators say they expect growth this year, versus 45% last year.

Once again, most operators do not plan to add ancillary foodservice locations in the next two years.

Snacks are still the most likely meal/daypart offered at ancillary locations (82% this year versus 72% last year).