Our 2014 Hospital Census contains data from 136 hospitals from all over the country representing a wide range of annual food and beverage purchases.

54% of hospitals do not offer an on-demand room service program for patients. Hospitals with fewer than 100 retail meals/transactions per day were significantly more likely than those with larger counts to not offer an on-demand program (73% versus 48%, respectively). Hospitals in the central region of the country were the most likely to offer this patient service (64%).

Whom do you serve?

The average number of patients fed daily per hospital is 206, up one from last year’s data. Hospitals in the Northeast and South serve more patients daily (358 and 253, respectively) than those in the central part of the country and in the West (127 and 116, respectively). 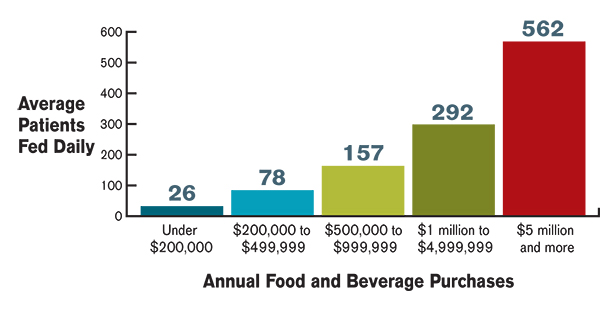 Operators have a better understanding this year of how the Affordable Care Act (ACA) will affect their operations. Only 12% of operators say they don’t know enough about the bill to determine how it will impact their foodservice departments, compared to 37% last year. Operators with smaller annual purchases (less than $500,000) are more likely to report they can’t determine the ACA’s impact than hospitals with larger annual purchases (21% versus 6%, respectively). 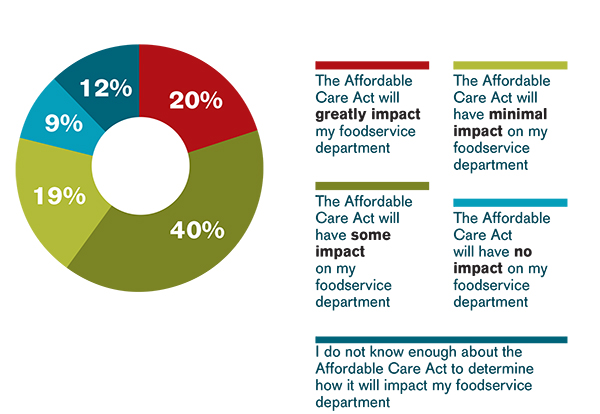 More operators saw growth in patient meal counts than decreases. The not so good news: More operators reported a decrease in patient meals in this year’s census than in last year’s (27% versus 17%). Hospitals with less than $500,000 in annual purchases were significantly more likely than those with larger annual purchases to report their meal counts were stagnant (46% versus 26%, respectively). For those operators who saw an increase, the average jump was 16%, the same as in last year’s census. Hospitals that reported a decrease in patient meals saw an average drop of 11%, less than last year’s 16%. Operators in the West reported larger drops (20%) than the rest of the country (10%). 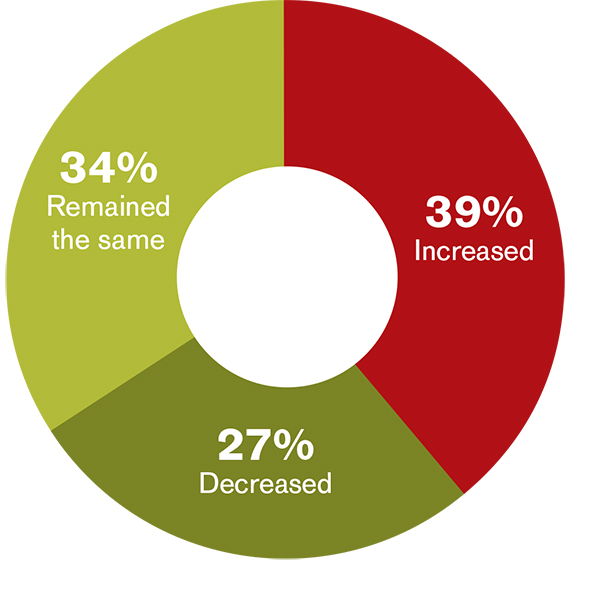 Ninety-four percent of our hospitals offer both retail and patient services and their retail meals exceed patient.

Retail counts increase for most

Most operators reported an increase in their retail meal counts/transactions in the past two years. However, fewer operators saw an uptick in retail counts this year than in last year’s study (56% versus 65%, respectively). Hospitals that reported 2,000 or more retail meals/transactions per day were more likely to report an increase (64%) than those that serve less than 2,000 retail meals per day (54%). More hospitals in the Northeast (37%) reported a decrease in retail counts than those in the other regions (18%).

For those hospitals that reported an increase, the average jump was 16%, down slightly from last year’s 19%. Hospitals that serve the most retail meals/transactions per day (2,000 or more) reported the lowest increase, at 8%.

The average drop for retail counts for those hospitals that reported a decrease was 15%. Hospitals in the midsection of the country reported the lowest decrease (10%). 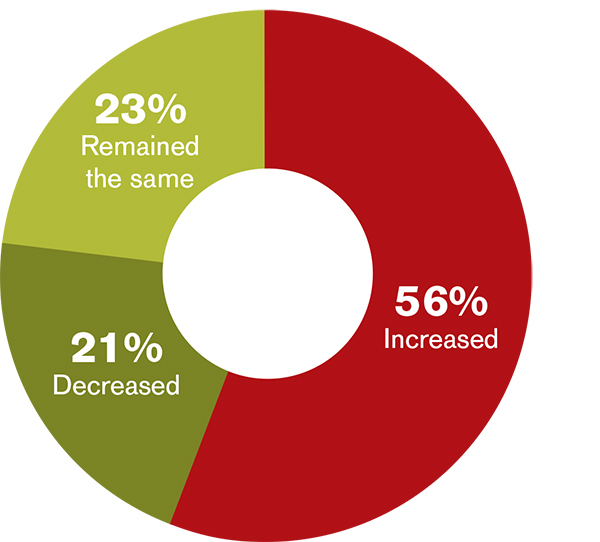 No surprises here: As a hospital’s annual food and beverage purchases increase, so does its average daily number of retail meals/transactions. Hospitals in the Northeast have the highest daily retail average, at 1,974. Hospitals in the country’s midsection have the lowest, at 803.

Every hospital that offers retail dining provides lunch service. Late-night retail service took a dip this year; only 23% offer this service compared to 31% last year. No hospital with less than $200,000 in annual purchases offers late-night service; hospitals with $5 million or more in annual purchases are the most likely to offer this option (63%). As the average number of retail transactions increases, so does the likelihood that a hospital offers more dayparts. Hospitals with 500 or more daily retail meals/transactions were significantly more likely than those with less to offer dinner (95% versus 67%, respectively). 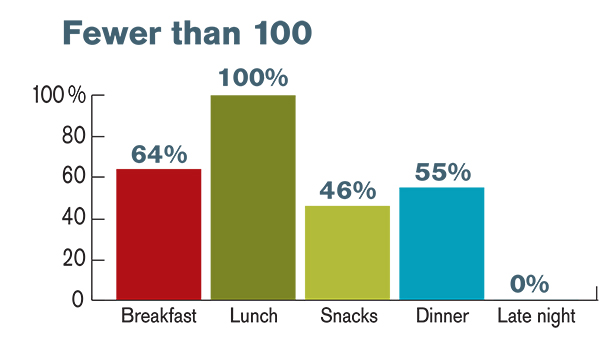 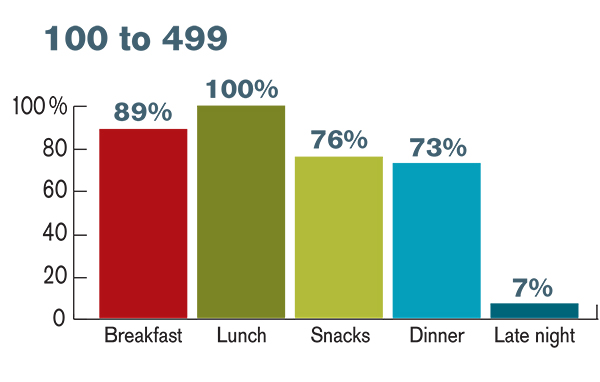 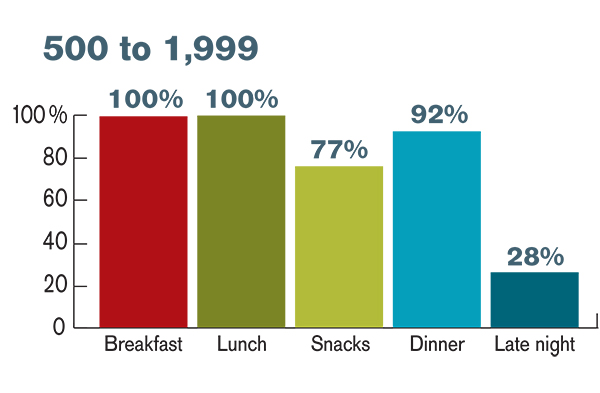 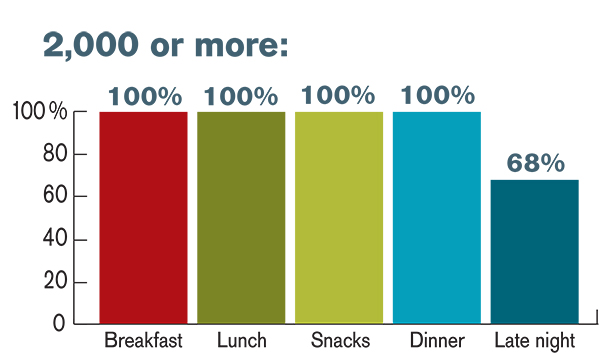 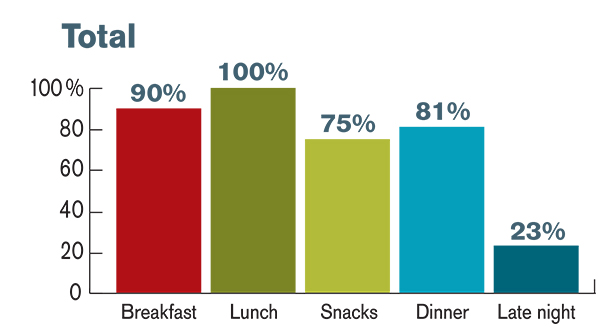 Lunch to grow in retail ops

Once again, operators peg lunch as the retail daypart with the best opportunity for growth in the next two years, 60% this year versus 70% last year. More operators this year than last year say they don’t expect any retail growth (18% versus 14%, respectively). Every daypart saw fewer operators expecting growth this year, except for snacks, which saw an increase (31% this year versus 27% last year). Every operator that serves more than 2,000 daily retail meals/transactions expects to see some daypart increase, with lunch expected to have the most growth (82%). These hospitals were significantly more likely than hospitals that serve fewer than 2,000 daily retail meals to expect lunch to grow.

Gluten-free menu items and using locally sourced foods were the top two menu trends operators expect to increase in the next two years. Hospitals with $5 million or more in annual sales were the most likely to report vegetarian menu items as a growth area (69%). There were some regional differences.

The majority of hospital foodservice departments offer some type of community engagement activity, such as cooking demonstrations or nutrition education sessions. The larger a hospital’s food and beverage purchases, the more likely it is that the foodservice department offers these community programs. Hospitals with more than $5 million in annual purchases and those in the Northeast were the most likely to offer these programs (94% and 76%, respectively). 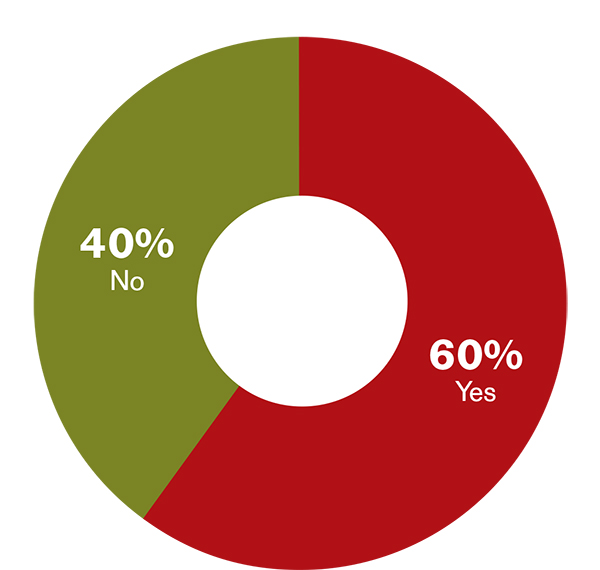 Seventy-seven percent of hospitals purchase some products from local sources. Of these hospitals, the average percentage of locally sourced products is 13%. Hospitals in the West have the highest percentage of locally sourced food purchases (18%). Produce is the most likely food category to be purchased through local sources. Hospitals with annual purchases of $5 million or more are more likely than those with smaller annual purchases to buy produce locally (75%, down from 90% last year). Hospitals in the Northeast are significantly more likely than other regions to purchase any locally sourced products (95% versus 73%, respectively). Hospitals in the Northeast are more likely than other regions to purchase produce (67%), dairy (67%), baked goods (52%), beverages (29%) and seafood (29%) from local sources.

Seventy-one percent of operators have made some kind of operational change to help increase patient satisfaction, in the hope of getting better HCAHPS scores. Just as last year, making upgrades/changes to menus (53%) and doing customer service training (51%) were the top two changes operators have made due to HCAHPS surveys. Larger operations, those with annual food and beverage purchases of $1 million or more, are significantly more likely than smaller operations to have hired a culinary-trained staff member (35% versus 8%, respectively). Operations with less than $200,000 in annual purchases are the least likely to have purchased new uniforms, at 11%. 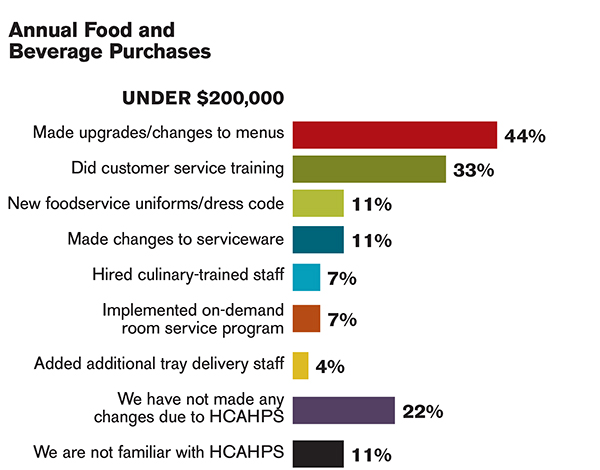 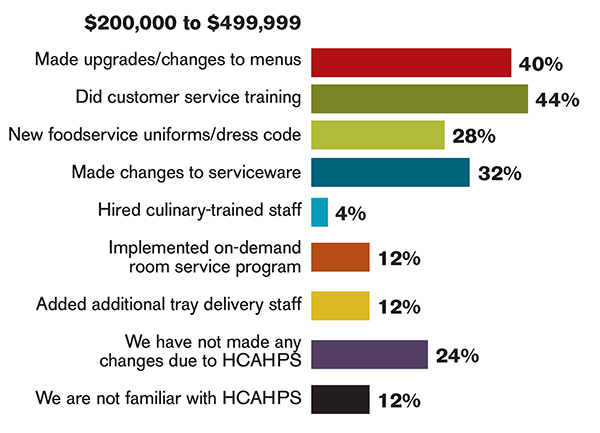 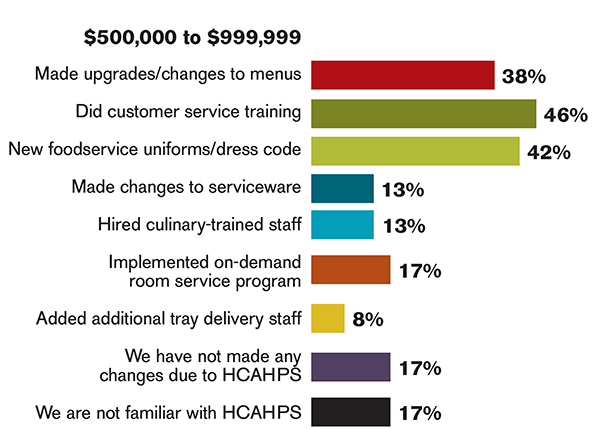 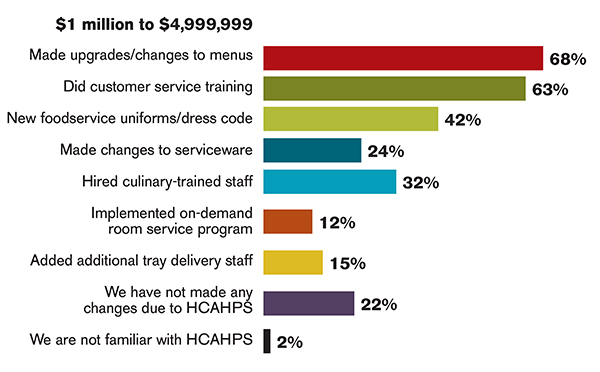 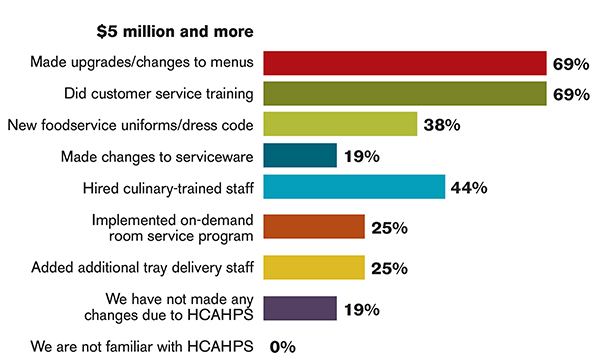 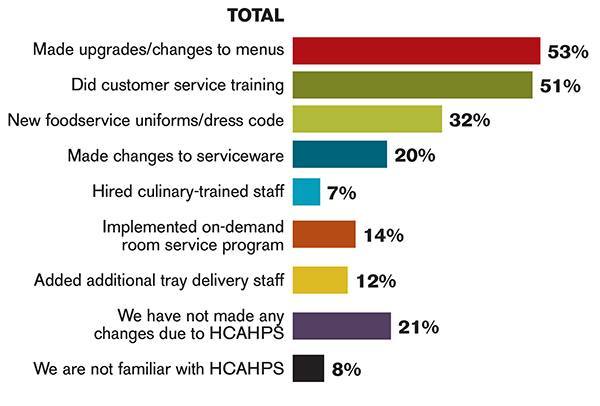