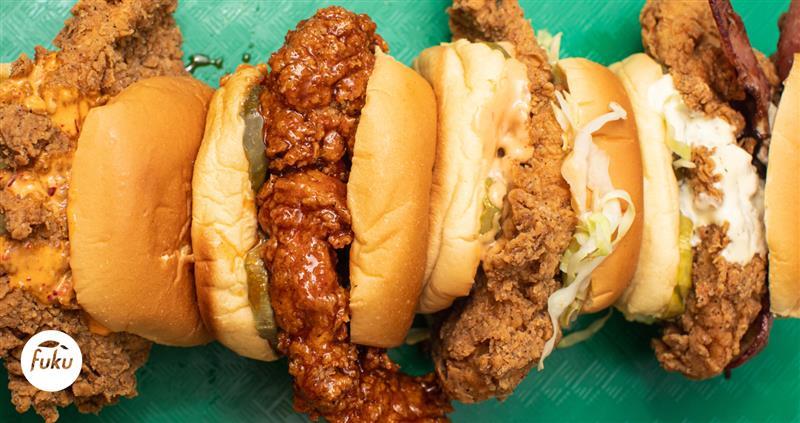 Most chefs agree that chicken thighs are juicier and more flavorful than breasts. Yet American eaters have been led to believe that white meat is healthier, cleaner and more acceptable than dark meat.

When Momofuku’s David Chang first launched his signature fried chicken sandwich at Fuku, his fast-casual brand, the “sando” was founded on his love and passion for thigh-meat spicy fried chicken, said Alex Munoz, CEO of Fuku.

“As we have expanded outside our home market of New York City, our guests have asked for a white meat version, which ultimately inspired us to shift to a new sandwich recipe using chicken breast in 2020,” Munoz added. “In keeping with our roots, we continue to offer the ‘OG’ thigh-meat fried chicken sandwich in NYC, home to many Fuku and Dave Chang loyalists.”

Dark meat used to have another thing going for it—it was cheaper than white meat. “Last year, boneless thighs yielded better margins for operators, but prices have come up as demand increases,” said Will Sawyer, the lead economist in animal protein at CoBank in Atlanta.

Most bone-in thighs and drumsticks are exported, but the boneless thighs remain stateside for foodservice applications and retail packages.

While boneless thighs are not going into chicken sandwiches, major chains including Chipotle Mexican Grill and Panda Express spec dark meat for the menu. And several fast casuals added boneless thighs to the menu last year, with Sweetgreen, Just Salad and Modern Market featuring dark meat in bowls and plates.

But the trouble with using boneless thighs in chicken sandwiches is that they’re inconsistent, said Mike Haracz, senior corporate R&D chef and a former member of McDonald’s culinary team. “Every chicken has two breasts and two thighs, but the breasts yield four filets of equal size,” he said.

Those filets are what’s going into the growing number of fried chicken sandwiches. “Consumers have the perception that white meat offers greater value,” said Haracz, who was instrumental in developing several chicken items at McDonald’s. It also offers value to the operator. At McDonald’s, the trim from the white meat can go into chicken nuggets.

There may be other drawbacks to adding thighs when a chain has traditionally menued breast meat, said Haracz. “Operators have to ask themselves, ‘Do I have the line to run chicken thighs?’ and, ‘Will adding them to the menu cannibalize other chicken items?’ Thighs may take business away from chicken tenders and breast sandwiches, so you won’t necessarily be gaining new customers,” he said.

Right now, jumbo chicken breasts are the best value, said Sawyer. “Production of smaller birds slowed during the pandemic, and when you raise larger birds, most of the weight goes toward the breast. There’s about a 75 cents difference between larger breasts and smaller ones as a result.”

Chicken companies are now ramping up production of smaller birds, but they’ll still be in shorter supply for several months. In the meantime, restaurants may be paying more for both boneless breasts and thighs. But as foodservice demand goes up and more consumers eat out, it should ease chicken prices, said Sawyer.

“Grocery stores took a lot of margin last year in the meat case, but they’ll have to give some of that up this year,” said Sawyer. “I’m predicting the away-from-home market to be up 10 to 12% in 2021.”