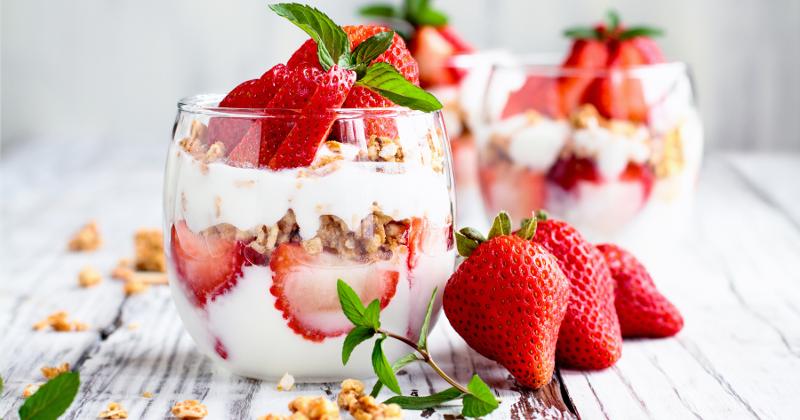 Consumers have been turning to desserts and other comfort foods more frequently since the start of the COVID-19 pandemic.

However, their idea of dessert is expanding beyond traditional sweet treats, according to Technomic’s recent Dessert Consumer Trend Report. In many cases, healthy items are now being considered desserts.

Read on for more insights from the September report.

What diners consider dessert is broadening to encompass items that are healthier and even those that aren’t sweet, per Technomic. Thirty-six percent of consumers say dessert includes after-meal foods that are “sweet but healthy,” such as fruit. In addition, a higher percentage of diners report eating fruit for dessert than did so in 2019.

Other plants that appeal

Just as plant-based ingredients are growing in entrees, they’re finding a place on the dessert menu, too. Grains such as quinoa, barley and polenta are appearing in an array of sweet treats, including donuts and cookies.

Open to no dairy

Even when seeking indulgence, today’s consumers still like to know what’s in the food they’re eating. More than one-third (36%) say they would like menus to list nutritional information for desserts.