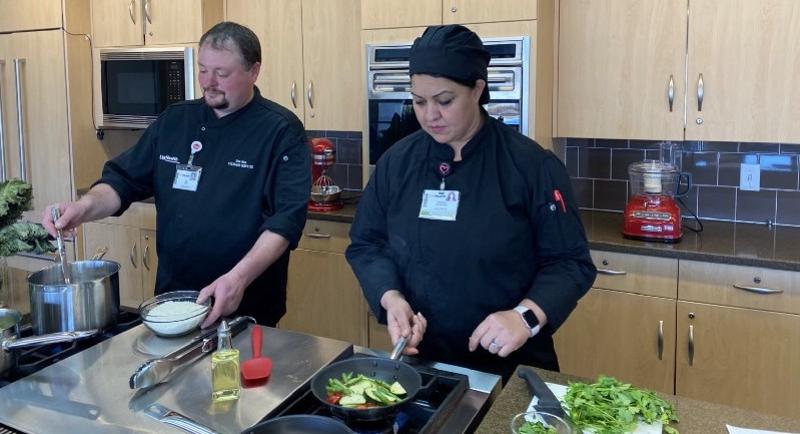 The fourth annual contest was hosted by Health Care Without Harm in partnership with the Culinary Institute of America’s (CIA) Menus of Change initiative and Practice Greenhealth.

One of the contest's main goals? To promote plant-forward cooking. Entrants are encouraged to use legumes, vegetables, grains, nuts and seeds over plant-based meat analogs and follow cost-per-serving guidelines so other hospitals can replicate the dish.

“We launched the contest not only to introduce more plant-forward dishes to hospitals but to elevate the great chefs in healthcare,” says John Stoddard, associate director of climate and food strategy for Health Care Without Harm.

The UW Health vegetable korma has a great story to tell, Stoddard says.

Samadzada was born in Afghanistan and came to Wisconsin as a refugee in her teens. When the country fell to the Taliban in 2021, there was an influx of Afghan refugees to the area around Madison, and UW Health was called on to support the families. Samadzada wanted to give them a taste of home.

“I first made the veggie korma for the Afghan refugees because I wanted something they could be comfortable eating, that came, like me, from Afghanistan and was healthy with a lot of flavors in it,” Samadzada says. She learned the dish from her own mother.

The recipe is a slow-cooked stew made with chickpeas, peppers, potatoes, onions, tomatoes and green beans seasoned with turmeric, coriander and cilantro. It’s served with basmati rice and naan bread. 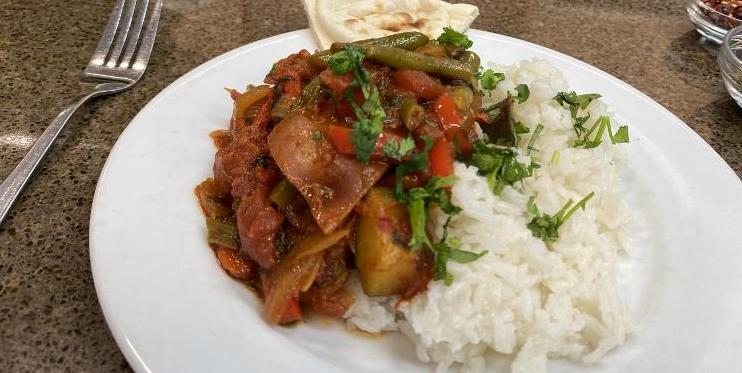 The refugees loved the dish and so did hospital staff, who tasted samples to fulfill the contest criteria of promoting the recipe and engaging customers to try something new. The vegetable korma is now served to patients, staff and guests in UW Health's retail venue, Four Lakes Cafe.

“No matter how much we make, it just doesn’t last,” says Hess. “That’s both good and bad—it’s good that so many people like it, but our stockpots are only so big!”

Both he and Samadzada were honored at Clean Med, Health Care Without Harm’s conference in May, where they received a plaque and the winning recipe was served. They are also invited to attend the 2023 Menus of Change conference next June at the CIA campus in Hyde Park, N.Y.

How the winner was chosen

Stoddard and his team run the annual contest as part of the Healthy Food in HealthCare Program, evaluating the recipe entries, narrowing down the entries, then passing them on to the CIA to choose the top five. Once this year’s finalists were selected, the recipes were tested by Johnson & Wales chefs and students to determine the first-place winner.

“The judging at Johnson & Wales is more culinary, while we focus on the narrative,” says Stoddard. “We check to see if the recipe reflects the hospital’s community and how the chefs promoted it with messaging, sampling, etc.”

Recipes from the four runners-up also stood out for their creativity in taking a comfort food and making it plant based, says Stoddard.

“It’s a rewarding experience for the winners," says Stoddard. "Their jobs are very challenging and the contest helps get them motivated and reconnect with their culinary side.”

Recipes for next year's contest can be submitted between Oct. 1 and Nov. 30. Rules and criteria are available on the website's contest page, https://noharm-uscanada.org/culinarycontest. It will be updated prior to the start of the entry period.