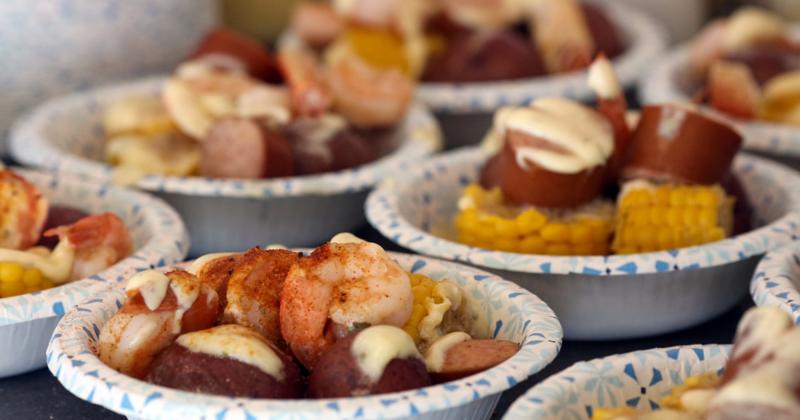 Shrimp and Crab Boils add local flavor to the menu at University of Mississippi's football stadium./Photo courtesy of Sodexo Live!

When the 2022 college football season kicked off last month, stadiums were ready with a host of new menu items to entice fans.

Sodexo Live!, partner to 10 college stadiums around the country, worked with onsite chefs and operators to innovate the food and drink lineup and create new fan favorites.

At the University of Mississippi in Oxford, the items tap into the local culinary scene. Vaught-Hemingway Stadium teamed up with Shenanigans, a restaurant based in nearby Tupelo, to bring crab and shrimp boils to fans. Also reflecting the college’s Southern roots are Jack & Coke Chicken Sandwiches and a fried chicken platter with biscuits and hot honey.

Partnering with local restaurants is a trend that’s gaining ground at several stadiums. David Booth Kansas Memorial Stadium at the University of Kansas in Lawrence forged a connection with Papa Keno’s to offer New York-style pizza, while the University of Louisville in Kentucky established an outpost of local restaurant Green District on the main concourse of Cardinal Stadium. On the health-centric menu are gourmet salads and wraps.

Cardinal Stadium is also debuting Scragglepop kettle corn, a West Virginia brand that is breaking into the Louisville market. The sweet-salty snack is popping fresh in two locations.

The University of Michigan in Ann Arbor is adding local flavor, too. Fairway Packaging Co. is providing its quality, all-natural meats for a variety of menu items, including Bourbon BBQ Brisket and a Smoked Turkey Brie Sandwich on a baguette with baby kale and cranberry aioli. A popular handheld is the new Sweet Chili Chicken Lollipop. 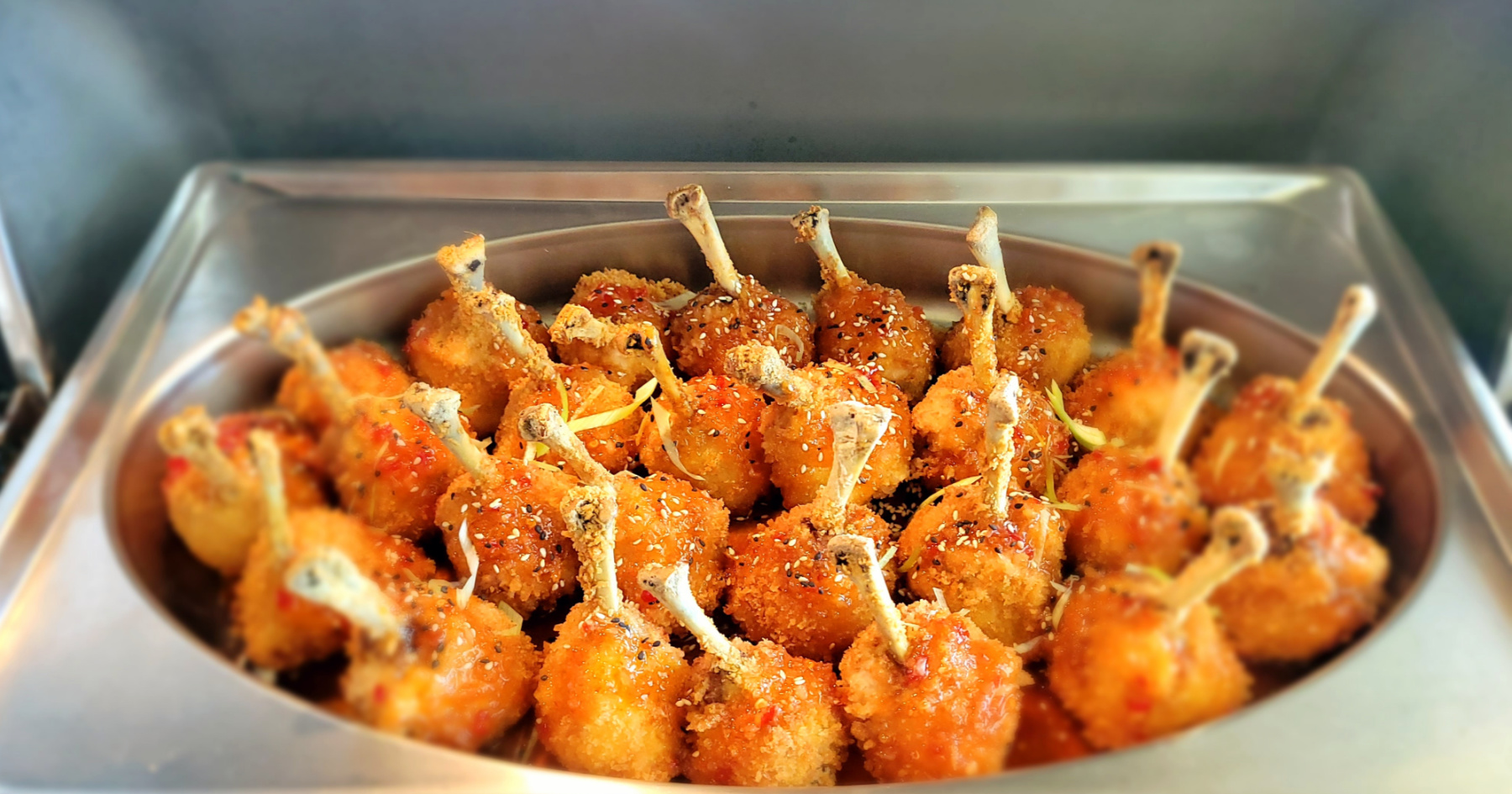 And down in Florida, Hard Rock Stadium, home turf for University of Miami football games, changes up the menu for college matchups with what they call “the best of the 305”—items local to Miami’s area code.

One of the highlights at Protective Stadium at University of Alabama in Birminghamis a chef-curated, smoked meat Charcuterie Board. Two meatless options also tempt fans: Smoked Tofu Nachos with Housemade Cashew Cream and Watermelon Burrata Salad.

Several of the stadiums have expanded their grab-and-go stations as well, including venues at University of Kansas and University of Louisville. Harvard Stadium at Harvard University in Cambridge, Mass., provides a varied dining experience through the placement of food carts throughout the concourse, each serving different items. 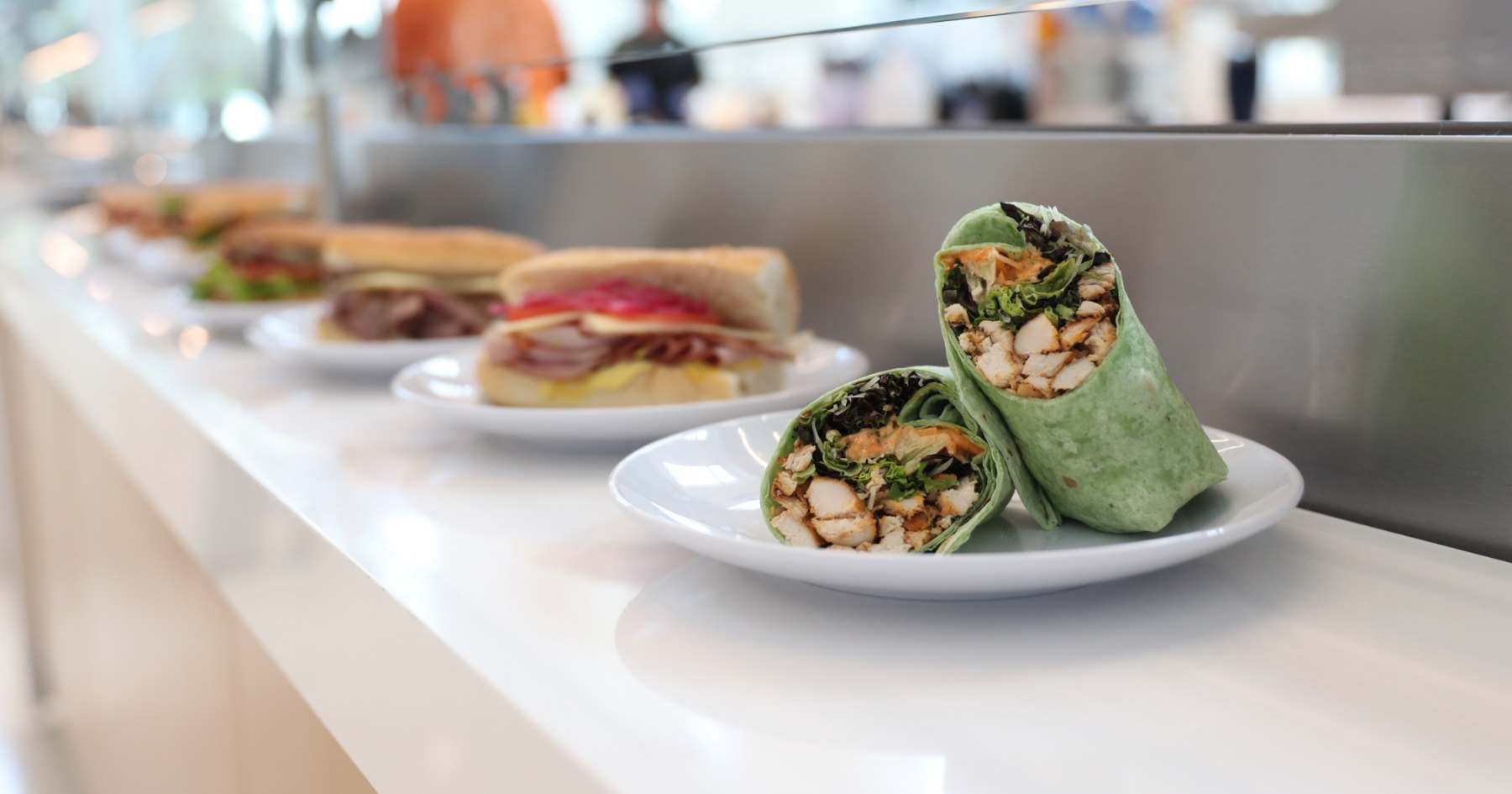 Sodexo Live! has launched new venues at both University of Florida in Gainesville and Illinois State University in Normal to showcase menus for fans and athletes. The Gary Condron Family Dining Hall opened Aug. 14 as part of the football training facility at University of Florida, while Redbird Row next to Hancock Stadium at Illinois State offers a fan experience through a mix of stands serving both unique and classic foods.

“There’s something special about college football—so much passion and comradery built in to visiting the stadium and cheering on your favorite team,” Steve Pangburn, CEO of Sodexo Live! North America, said in a statement. “We recognize that and work hard to improve the fan experience year over year through the introduction of creative new menu items, tech innovations and best-in-class service to ensure fans are truly enjoying these memorable moments.”