As part of our continuing efforts to inform operators about what customers like and want, FoodService Director recently sat down with six seniors from Oak Park and River Forest High School in Oak Park, Ill. 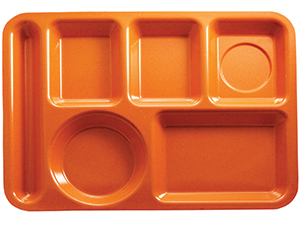 In an hour-long discussion, Matt Fisher, Beverly Kunkel, Ruby Griller, Wyatt Ashby, Annika Holkeboer and Carter Rayburn offered their opinions on what they eat and why. Here’s what they had to say:

FISHER
In my family, my mom only knows how to cook, like, four meals, so I usually like to go out.

Where? It depends. If I’m with my friends, I’m not trying to go anywhere fancy. Chipotle. I mean, I don’t want to go to McDonald’s. I want to go somewhere a little higher end than that. Fast casual, that’s kind of where I eat with my friends. When I’m out with my parents, I don’t care where we go. But it’s usually some place a little more formal and sit-down.

GRILLER
My parents are like, ‘oh, fast food,’ but I don’t really like fast food. More like Chipotle or Potbelly—sandwich places where they have healthier options.

When I was growing up my parents got fast food, so that was what I ate. But now that I know what I want to eat, I tell them I don’t want to go there anymore.

KUNKEL
Normally when I go out, I try to find a place that has a healthier option because I like to eat healthy at home. Normally I cook my own meals and I always try to add as many vegetables as possible. I find that’s important.

What I’m hearing is that you all like places a little more upscale than McDonald’s, but with a bent toward healthier options. So what influences your food choices?

ASHBY
Probably Chipotle with my friends. But if I’m around here, with my family, we might try someplace new in the city.

When I go out with my friends we go to fast food places. My friends eat disgustingly unhealthy, probably even worse than me. When I go with my family, or when my mom cooks dinner, we eat healthier.

KUNKEL
I choose to eat healthier because during my sophomore year in high school my teacher taught us the importance of food and how it nourishes your body. So I try to eat as healthy as possible so I can live a long and healthy life. I avoid fast food as much as possible.

GRILLER
I can say that Bev [Kunkel] has had a big influence on me. I used to eat fast food. I haven’t eaten in McDonald’s in a long time. She pretty much told me about all the vegetables, and how you have to eat healthy to be healthy. And then I did my junior theme on the fast food industry and why people eat fast food. It was interesting to read that people know that fast food isn’t good for them and yet they continue to eat it. So I decided I would try to eat in a healthier way.

HOLKEBOER
When I was in middle school I really didn’t care what I ate. I just ate what I liked, which was fast food or junk food. And then, in eighth grade, we read “The Jungle,” and that made me re-examine everything I ate. Especially Oreos. I haven’t touched an Oreo since eighth grade because of how disgusting it is.

[Laughter from the group.]
Well, that’s what happened, and then it made me think this probably isn’t the healthiest.

FISHER
I used to be obese. I had my turn to eat all the bad food I wanted, and eating that resulted in a life I really didn’t like. So I found that by eating better, you feel better about yourself and you have a better outlook on the world.

GRILLER
Recently I bought a bunch of cookbooks that have healthy recipes. They have a bunch of charts [that tell] you what foods have these vitamins, which foods are good for what, and how much fat or MSG is in something. I find them really helpful. And they give you all these alternative foods that are the healthier options.

I also see a lot of recipes on social media, Pinterest, Twitter or Tumblr.  You just click on a recipe and you see how you can make it. I also watch the Food Network a lot.

With all of the changes and new USDA regulations, what do you like about your school’s foodservice program?

HOLKEBOER
I like those Naked smoothies. They have a lot of fruits and vegetables in them. They are not the most delicious things but they are so good for you.

FISHER
As I said before, having the calorie counts is nice. Before, it was kind of like, is this good for me, or bad for me? At least having calorie counts [helps]. They also added zero calorie sodas, which I think is nice. I also think they got rid of a lot of the unnecessary stuff [like candy]. I don’t think we should be selling candy during lunch. That’s just not healthy.

Where do you go for food-related information?

KUNKEL
I watch food shows on TV with Ruby [Griller]. I go over to her house every Friday and we watch the Food Network. We just love it, and I try to recreate the recipes. But I’m a vegetarian and so I try to incorporate other options. I’m open to trying new things as long as it isn’t fast food.

FISHER
I usually look at the sides of boxes for nutritional information. The one thing our school has done recently that’s pretty nice is they’ve put the amount of calories and fat for all the food items. I don’t know how accurate they are, but the fact that they are making an effort is pretty nice.

What do you consider to be important food-related issues?

GRILLER
Just recently in my consumer [education] class we watched “Food Inc.,” which talked about all the differences between [organically raised] animals and factory-bred animals. I was kind of in the dark about the whole issue. It makes me want to buy organic and support farmers who are doing a better job of raising their animals.

HOLKEBOER
In our environmental science class we did this green business project and a lot of people talked about restaurants and the importance of locally grown produce. That’s something to think about; not just for the environment, but that the food is better for you.

KUNKEL
My mom and I would go to the farmer’s market every weekend. The produce is a little expensive, but we always say that we’re helping the local farmer and we’re paying for our health.

I guess that’s one thing I don’t like, that the healthier options just cost so much more than buying a bag of chips or whatever. I hate that, and I think that’s why a lot of kids eat unhealthy, because it’s cheaper to buy those foods.

ASHBY
Gluten-free is becoming a big topic, and restaurants are becoming very accommodating with that. Other than that, I don’t know if too much is going to change in the next five years.

GRILLER
I’ve seen a lot of healthy eating restaurants opening up in place like malls and they’re really popular. I think more are going to pop up and other restaurants are going to learn from that and [change] their menus.

RAYBURN
With college coming up, not much is going to change in my diet, because ramen is cheap and college students are broke. I guess I see food options on college campuses changing in the next five years. As more healthy chains become popular, colleges are going to pick up
on that.

KUNKEL
I would like to encourage people to cook at home more. You can cook unhealthy food at home, but in a way you know the exact ingredients going into your food, so you’re in control. I enjoy cooking at home, experimenting.

What in your school’s cafeteria is not working?

FISHER
They used to have wraps that were like a full tortilla. You could eat that and say, ‘Okay, I’m full. I don’t need any more food.’ And now, the wrap is probably half the size of that.

Today, I ate my wrap in like five bites. I was like, ‘Wow, that was so unsatisfying.’ Also, they got rid of these cookies that the school is known for and replaced it with a healthier cookie. It just takes away more of the choices for the students. I think they should have the healthy cookie and the old cookie, so you at least have a choice.

KUNKEL
I believe that [high school] students are at the age where they can decide what they want to eat, even if it is a bad decision. There should be options. I don’t think they should be replacing all of one thing with a healthier version.

ASHBY
Our freshman year they had spaghetti in a sauce and chicken tenders. I don’t know how good they were for you, but they were delicious.

FISHER
They got rid of a lot of stuff, but they didn’t add a lot of stuff. The chicken tenders, for example; it’s not like they’ve got a healthy replacement for that. So now there are less choices.

KUNKEL
I don’t like what they’ve done with the cafeteria at all. They’re trying to make it healthier, but I don’t think they’ve changed it very much. I don’t eat the food here because I don’t think they serve very many vegetarian options.