Foodservice managers charged with feeding K-12 students face a number of challenges when trying to get them to make more nutritious choices. Kids are famously hard to please, and getting them to even try new foods can be a huge hurdle. But encouraging more healthful choices, especially plant-based alternatives, isn’t an impossible task, as more school districts are discovering. 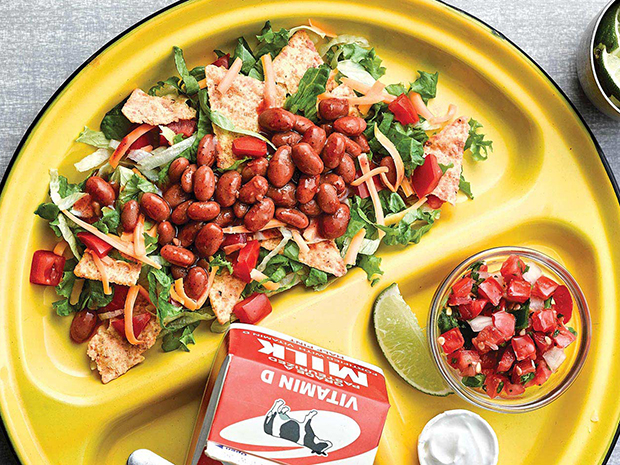 School districts in New York and Los Angeles have led the way in promoting plant-based choices, and students have been supportive of these efforts.

All 1,200 public schools in the Big Apple began offering a vegan hummus option during the current school year. The schools also offer a rotation of chili and sloppy joes (both made with vegetarian ingredients like beans, textured vegetable protein or tempeh), lentil stew, barbecue tofu and braised black beans with plantains. Brooklyn’s PS1 is one of three city schools that have gone further and transitioned to an all-vegetarian menu; principal Arlene Ramos notes that students endorsed the change. “My students have expressed an interest in healthier eating, and the school gave them the option to choose this menu,” she says.

Meanwhile, the L.A. Unified School District announced plans to roll out a plant-based lunch option at about three dozen additional schools by the end of this school year, following enthusiastic response to a pilot program at seven area high schools—a move proposed by an eighth-grade student in the district. Daily vegan choices will expand from five to ten rotating options.

Aside from making more choices available to suit a variety of appetites, other steps can help stoke interest in plant-based K-12 dining.

Some 50 districts and many individual schools, for example, already observe Meatless Mondays. Animal products typically aren’t eliminated, but vegetarian entrees get star treatment at least one day a week.

School gardens, popularized by the Garden to Cafeteria program in Denver Public Schools, help students understand the link between farming and what’s on their plates. Growing their own food has another plus: a Cornell University study found that kids who grow vegetables are more likely to eat them. In the study, a group of high school students were four times as likely to choose a salad if it included school garden-grown ingredients.

Offering samples and asking for student input are additional ways to nudge students toward healthier alternatives. Whimsical or trendy names for dishes help drive students toward new tastes. Setting up a weekly or monthly tasting table with bite-size portions can whet appetites for a new dish and offer valuable feedback to help gauge potential buy-in.

Getting kids on board with plant-based eating isn’t impossible, but with these tips, the challenge of doing so can become a lot more approachable.