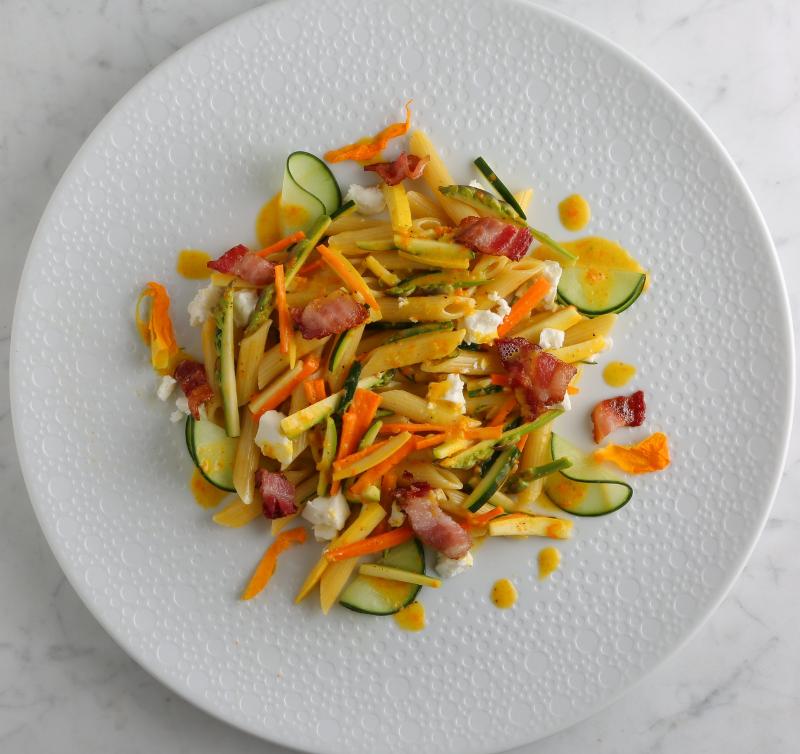 Consumers are expected to continue to seek new flavors and variety in their foodservice dining experiences going forward.

Technomic’s April 2021 Consumer Food Trends report showed that while consumers focused on more familiar foods and flavors during they pandemic, demand for global fare is poised to rebound. Twenty-nine percent of consumers said last year that they wanted limited-service restaurants to offer more global foods and flavors, compared with 25% in 2018, and 33% said the same of full-service restaurants, compared with 28% in 2018.

“As operators update menus for the post-pandemic era, adding either wholly global dishes or integrating global ingredients and flavors into more traditional menu items may help to drive incremental traffic and sales,” the report noted.

Jeffrey Quasha, director of culinary innovation and corporate research and development chef at Morrison Healthcare, said pasta dishes can provide a great platform for introducing consumers to new ingredients. Two years ago, the company began branding the various rotating food stations across its 800 hospitals, including an Italian station with pasta dishes called Tavola and a mac-and-cheese station called Cheese Louise.

“We decided that pasta in the form of macaroni and cheese, or pasta in the form of a typical pasta station, was an amazing vessel for driving innovation,” he said. “We're using pasta as a vessel to create some amazing bowl builds, which is probably one of the biggest trends in the last five years.”

One example of a pasta dish that incorporated a global flavor was mac-and-cheese topped with a Sriracha-and-honey-glazed wild Alaska salmon, featuring Barilla pasta. The white-cheddar macaroni and cheese was available with optional toppings including flaked salmon, sweet-and-spicy Brussels sprouts and bacon croutons.

“That's an amazing flavor profile,” said Quasha. “It's an explosion of flavor.”

People might think of pasta salads as being mayonnaise-based, Quasha said, but operators can create excitement with creative formulations that feature other dressings as well, which also leaves the door open for vegetarian and vegan variations.

Another pasta concept Quasha rolled out included a unique take on giardiniera, in which the company roasted the vegetables instead of pickling them. The vegetables were then placed on top of risotto made with orzo pasta instead of rice, and then topped with under-utilized seafood, such as mussels or triggerfish.

“Even just pickled onions or pickled bok choy, or the stems from Swiss chards, if you pickled those, that makes an amazing accompaniment to any pasta dish,” he said.

For operators seeking to drive excitement around their menu offerings with new flavors and ingredients from around the world, pasta provides a versatile platform for recipe experimentation that makes it easy for consumers to conduct some “safe experimentation” of their own as well.