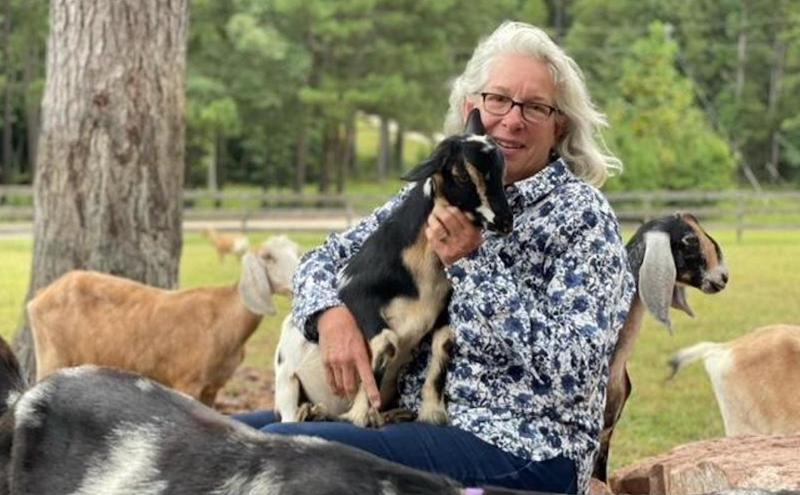 For close to a year, Phil Evans, executive chef at the Raleigh Convention Center in North Carolina, drove all around the state to connect with women and BIPOC (Black, Indigenous and People of Color) farmers to supply his venues.

“We had been sourcing 50% to 60% local ingredients, but coming out of COVID, I wanted to increase that number to 90%,” says Evans. “Going local eases some of the supply chain issues we’re having now, as the products come from nearby.”

The pandemic also gave Evans and his Sodexo Live team time to brainstorm ways to give back to the community and help minority farmers. “Raleigh was pretty stressed after George Floyd’s death, and this was an opportunity for us to build relations with these farmers,” he says.

To identify historically excluded growers and producers in the state, Evans made a call to his produce distributor, FreshPoint. His rep already had created a list, and she introduced the chef to the farmers through email. That’s when Evans took to the road to personally meet the farmers.

“When we met, I outlined our needs and made a commitment to purchase their vegetables and products,” he says.

Now, a dedicated group of farming partners is providing ingredients for Evans’ new menu, which he’s calling “A Seat at the Table: Southern Cuisine Featuring North Carolina’s Women and BIPOC Farmers and Food Producers.” He’s sourcing cheese, jams, microgreens, grass-fed meats and all sorts of vegetables. The menu, which launched in August, is an option not only for events at the Raleigh Convention Center, but for the nearby Performing Arts Center and Red Hat Amphitheater, where dining is also managed by Sodexo.

“I had to move on from thinking I could do a set menu and allow myself to be flexible,” says Evans. “We use whatever the farmer can supply that week, so it won’t be the same every day.”

If a farmer overproduces or wants to showcase a particular crop, he’ll feature it, he says. He recently got 50 pounds of sunchokes, for example, and turned them into sunchoke fritters for an outdoor event at the Amphitheater.

The partnerships also give Evans a chance to discover and explore new vegetables. One of the farmers, Donald Hines of Hines Family Farms in Jacksonville, N.C., is cultivating cabbage collards—a vegetable that his great-grandfather grew on the same land generations ago. “It’s a cross between green cabbage and collard greens,” says Evans. “I smoked them and then creamed them, much like creamed spinach.” 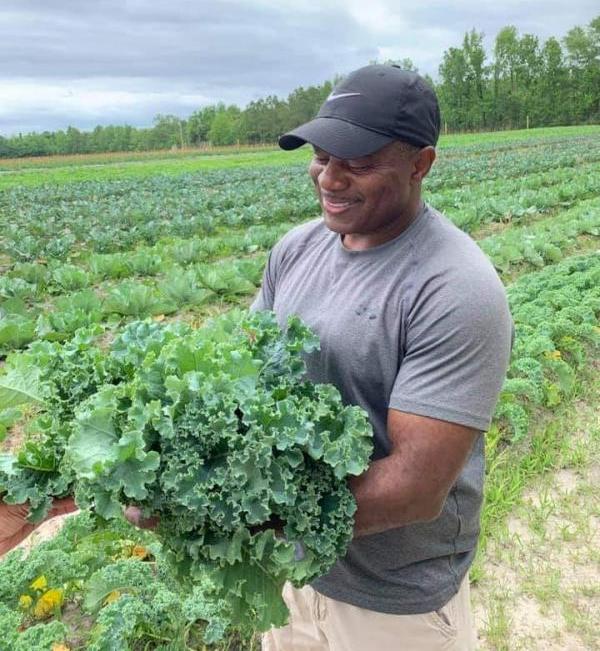 The chef also creates signature dishes by combining products from several farmers. For a passed appetizer at an event, Evans baked sweet potato biscuits made with North Carolina sweet potatoes and topped them with fresh chevre from Sue Hunter’s Paradox Farms Creamery in Carthage, N.C., and tomato jam from Peggy Rose’s Pepper Jellies in Wake Forest.

At a couple of the smaller dinners, Evans has invited the farmers to the back of house to observe the preparation and speak to the guests during the meal. The most rewarding part of this project for Evans was getting out and meeting the farmers and hearing their stories, he says.

“Donald Hines retired from the FBI and wanted to bring back his family farm,” Evans says. “It used to be 400 acres and has since been cut back to 125, but he drew up a business plan and matched different family members to be responsible for different crops.”

Although COVID prevented Hines and the others from reaching some of their goals this year, he and the rest of the farmers expect to get up to speed in another year.

FreshPoint helps with the distribution, allowing the farmers to dedicate more time to planting, harvesting and production instead of spending hours behind the wheel of a truck. The distributor, a subsidiary of Sysco, expedites the pickup and delivery of the goods.