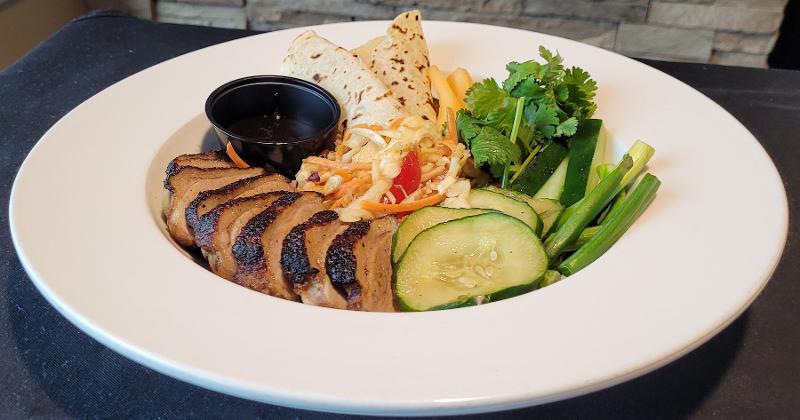 In a year when travel has been all but impossible for many, the dining team at Eskenazi Health is helping hospital staff and guests tap into the fun and excitement of visiting new places, thanks to the introduction of its Passport menu.

The Passport initiative, which started in January, has an ambitious aim: to serve 52 entirely new menus in 52 weeks.

Each week features a different type of global cuisine, with several themed dishes on offer across the Indianapolis hospital’s Ingram Micro Mobility Marketplace as well as its restaurant, Cafe Soleil.

Here’s how they’re doing it.

“It’s a clean slate every week,” says chef Dugan Wetzel, noting that the team debuts roughly 15 to 20 Passport dishes weekly and starts planning upcoming menus about a month and a half in advance.

Recipe ideas are drawn from “a lot of research,” as well as from past trips, books and foodservice staff themselves. “It comes out to a lot of different variety, a lot of different options that we’ve been providing,” Wetzel says.

The biggest successes so far include spotlights on Sicilian, Mandarin, Thai and Jamaican cuisine. In honor of St. Patrick’s Day last week, the team focused on Irish dishes, serving up vegetarian shepherd’s pie, bangers and mash, colcannon and more.

One highlight coming up in April? “The Lorraine region of France, which I think people are going to be interested in just because the culture itself isn’t typically just French,” Wetzel says. “There’s a lot of German background there, so they’re going to be surprised at some of the recipes.”

Director of Food and Nutrition Tom Thaman committed to increasing plant-based menu options at Eskenazi this year, and the Passport endeavor is certainly a piece of that, with fresh produce being a mainstay of many global cuisines.

“We try to focus on healthy, obviously,” Wetzel says. “We’re in the business of healthcare so we want to make sure that what we’re offering tastes good but is good for you as well.”

In addition, one of the hospital's big initiatives has been to promote diversity and racial equality, so “we thought that this was a great opportunity to introduce foods from different cultures all over the world to our staff on a weekly basis,” Thaman says.

Each Monday, the team shares information about the region being featured via email, as well as a preview of that week’s menu.

At Eskenazi, where 60% of foodservice purchases are manufactured or grown in the state of Indiana, local procurement is inherently a big focus. When working with local vendors, there can be items that are tough to source, though the Passport menu hasn’t been particularly challenging in that regard, Wetzel says. 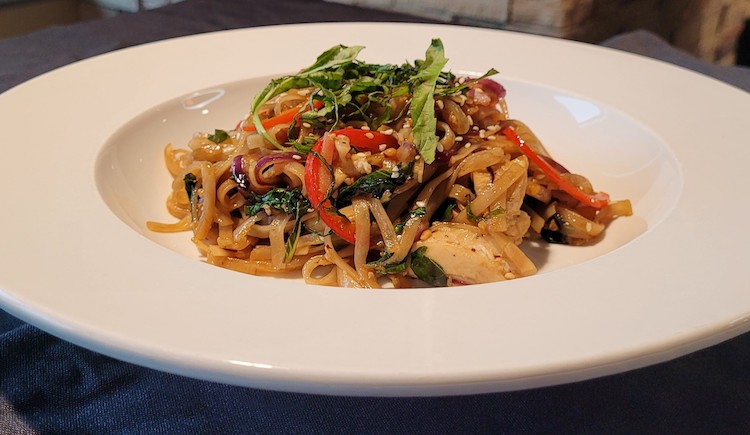 And when there is a roadblock, a little teamwork has helped elicit workarounds. “We’ve got a really good group here,” Wetzel says. “Our administrative dietitian used to be a chef [and] we worked with the culinary manger in the Marketplace who is a chef, so if there are things that need to be sourced that we can’t get, we talk about it, get together [and] come up with a different solution or substitute that will work just as good.”

Seeking input from the team—and elsewhere.

The initiative has also been a boost to engagement, Wetzel says, as foodservice employees have been eager to get involved. “If people feel like they’re being listened to, they’re going to work harder, make things better,” he says, “and I think, overall, it’s been incredibly positive with staff that are preparing everything.”

Customers are sharing their thoughts, too. “I have a lot of people that will come up in the hallways and talk to me and say how much they liked a dish and [ask when we’re] going to do this country and things like that,” Wetzel says.

There can always be a little resistance when introducing something new, Thaman acknowledges, especially given that some hospital staff have been working at Eskenazi for “30, 35, even 40 years” and have their established routine and favorite dishes. Eventually, though, they’re won over. “If you have something different to select from, it’s just all the better for both them and for us, too,” he says.

The team plans to have no repeat dishes for the duration of the Passport menu, but with such a large collection of recipes, there’ll be opportunities to bring some back further down the road.

“We’ve had some major hits here, where I’ve thought we’ve got to repeat this menu somehow,” Thaman says. “That’s the nice thing about having this large inventory of recipes that we’re going to be able to pull from for a long time to come.