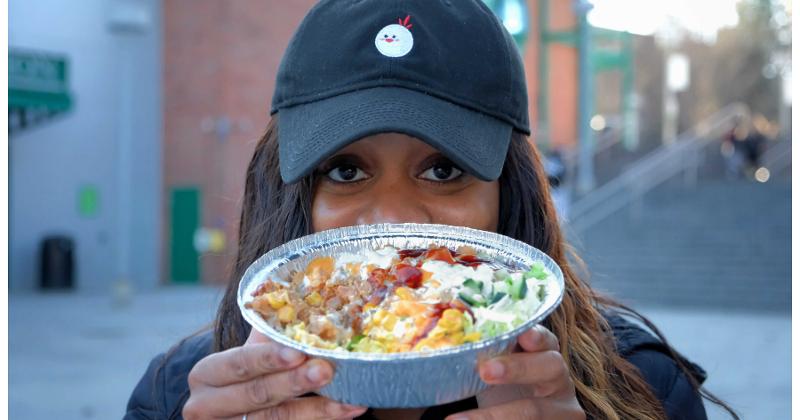 When Sung Kim was a senior at the State University of New York at Binghamton, he ran a pop-up out of his house, offering food that merged his Korean and New York City roots. After graduating in 2014, he pitched the idea of a retail concept to SUNY Binghamton, and they gave him the go-ahead. Two years later, he signed a contract to operate Chick-N-Bap on campus, partnering with his best customer, Christian Ko.

“In Korean, ‘bap’ means rice, so the name Chick-N-Bap spells out chicken and rice—the signature dish of the halal street vendors in New York City,” says Kim. “I give it an Asian twist.”

The classic street cart version of halal chicken and rice features yellow rice colored with turmeric, grilled chicken, lettuce and tomato, all drizzled with a creamy, sweet and tangy white sauce. Kim offers exactly that but provides an additional option of white rice and Korean barbecue marinated chicken thighs along with the traditional yellow rice and Middle Eastern spiced chicken thighs. The team marinates the chicken on a nightly basis for the following day.

This combo is topped with Kim’s housemade white sauce, hot sauce and barbecue sauce (the only one not made in-house), just like the NYC street cart version. But he also offers housemade green sauce (jalapenos, garlic, cilantro) and bap sauce—“a spicy Korean mayo” with roasted garlic that provides “entry-level heat,” he says.

Chick-N-Bap was a hit with SUNY Binghamton students, many of whom are Asian, he says. In the next few years, Kim expanded to four more campuses in New York—SUNY New Paltz, SUNY Cortland, Marist College and Ithaca College. Then the pandemic struck.

Colleges started to close down in March, 2020, students left campus and Chick-N-Bap had to cease operating until at least the fall semester. Kim had to lay off hourly employees and cut the salaries of team members. But it didn’t take him long to get past these setbacks and go on the offensive.

“We used this down time to improve operations, innovate the menu and add more value for customers,” he says. Without spending a lot of money, he upgraded inventory, ordering and prep systems and worked on a franchising manual for future expansion.

But most of all, he got in the kitchen to rework some recipes and create new ones.

“We used to serve the chicken and rice bowls with iceberg lettuce, tomatoes, onions and cucumber, much like the street cart version, but we wanted to put more effort and love into our complimentary toppings," Kim says. "We’re now offering romaine lettuce as another option as well as our own pico de gallo, cucumber kimchi and soy-pickled jalapenos and onions on top of our corn salsa. These cost a little more, so we had to raise the price a little, but they add value.” 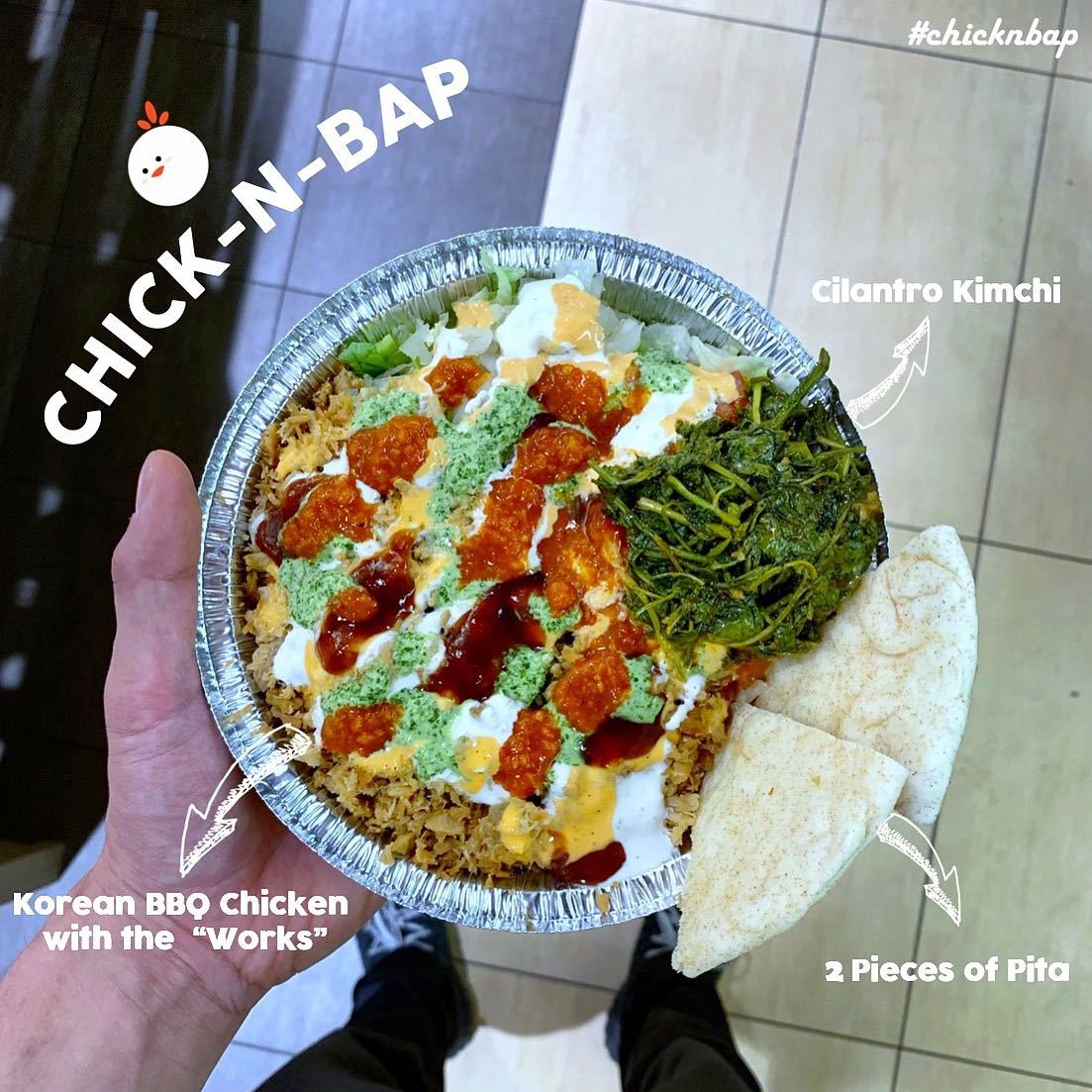 Kim also developed a brand-new sauce on top of several other healthy housemade sauces with varying degrees of heat. It's called bibi sauce and is composed of gochujang, sugar, vinegar and sesame oil, along with a couple of secret ingredients. It's his take on the traditional Korean hot sauce called cho-gochujang. Six sauces are now on offer and customers can add any of the sauces for free to customize their order.

Plant-based meat seasoned with a ginger-scallion marinade and Korean-style tofu seasoned with doenjang and gochujang are other protein choices for the bowls, and Korean barbecue steak is coming soon.

Another new menu item is a Korean Fried Chicken Sandwich that Chick-N-Bap is calling a K.F.C sandwich. The chicken is double fried and served with or without a housemade sweet-and-spicy Korean sauce, pickled daikon radish and bap sauce on a toasted brioche bun. It's a weekly Friday special that Kim added to introduce customers to more Korean cuisine.

Meal prices are in the $7-$9 range, and students can use meal swipes to pay. When schools reopened in the fall, Kim added contactless mobile ordering and delivery through Grubhub at some locations.

Now that Kim can take a breath and plan the future, he is looking at more colleges where Chick-N-Bap can set up shop. He and Ko have one more franchise under their belts, at SUNY Cortland, and are in talks with Compass for further expansion.