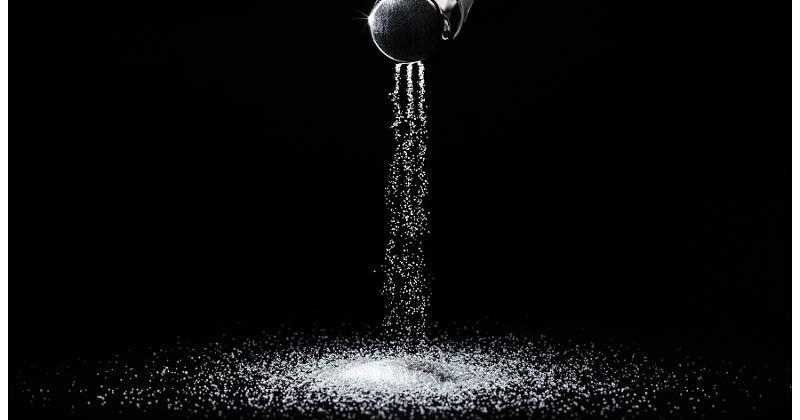 The Food and Drug Administration (FDA) wants Americans to eat less sodium, and restaurants, foodservice operators and food manufacturers are all being urged to do their part.

Earlier this month, the FDA issued the sodium recommendation, noting that “the targets in the final guidance seek to decrease average sodium intake from approximately 3,400 milligrams (mg) to 3,000 mg per day, about a 12% reduction, over the next 2.5 years.”

“That reduction is modest,” says Lisa Eberhart, registered dietitian and cofounder of Menu Analytics in Cary, N.C. “It will take just little tweaks on the part of chefs and food manufacturers to accomplish this, and it has the potential to decrease heart attacks by 32,000 annually.”

While shaking less salt into a stock or saute can help, it’s not the total solution. “Salt is just one source of sodium,” says Eberhart. “Products like pancake and biscuit mix, chicken base, bread crumbs, cheese, barbecue sauce and marinara sauce are all problematic.”

“More than 70% of the sodium in our diets is from food products, not the salt shaker,” says Corrie Clark, registered dietitian and project manager for CIA Consulting at the Culinary Institute of America in San Antonio. She cites other culprits as well, including deli meats, salad dressings, tacos, pasta and rice dishes and soups.

A lot of suppliers are already reformulating their products to reduce sodium content. “Food manufacturers have been proactively working on this for over 10 years now, but it takes time,” says Sarah Hendren, a registered dietitian who provides nutrition and regulatory services to restaurants, retailers and food manufacturers. “Sodium does more than add flavor to a food product. Salt has a functional role in food. Beyond adding flavor, it can help improve texture, moisture retention, food safety and shelf life. A manufacturer has to make sure to retain those attributes when reducing sodium.”

Chefs, restaurateurs and foodservice operators can and should provide input into suppliers’ R&D process, working to help modify and reformulate products, the dietitians agree. But there’s a lot that can be done in the kitchen, too.

A good place to start is with the type of salt a chef or cook uses, says Clark, who is also a Culinary Institute of America graduate and an adjunct instructor at her alma mater.

Cheese is another higher sodium ingredient that is tweakable without jeopardizing a menu item too much. In a pasta dish or grilled vegetables, for example, top with a smaller amounts of a salty cheese so customers taste this first and are satisfied,” says Clark.

“Start with the low-hanging fruit,” advises Hendren. “Operators should assess the whole menu and identify the major culprits, then look at where it would be easiest to cut back sodium.” It may mean changing or reformulating the bread on sandwiches or using more spices and herbs in place of salt in a salad dressing, she adds.

Common-sense fixes can go a long way, too. If using canned beans, drain them and rinse them “to get rid of 40% of the sodium,” says Clark. “Use sweet butter instead of salted butter, don’t salt the pasta water and drain marinades,” advises Eberhart.

To decrease sodium in a food product or menu item, Hendren suggests starting with a 10% reduction, then moving to 15% and 20%, tasting and evaluating throughout the process. She calls it “food renovation.”

“Renovating a food item can take a year or longer on its own,” she says, “then there’s consumer acceptance testing, shelf-life testing and other factors that have to be taken into consideration before that ingredient or menu item goes to market.” She thinks the 2½ years set by the FDA “is a little aggressive of a timeline,” but is confident that substantial progress will be made by the industry in the long term.

Hendren also points out that food manufacturers should be testing sodium and other nutrients in products every five years. “Food science technology has evolved and nutrition analysis is more refined,” she says.

Eberhart agrees. “Work with experts to re-analyze products for sodium content, as some of the methods used years ago are not as precise as what technology has made possible today,” she says. "It may just be that sodium levels are lower than indicated on the label.”