With world travel being off the table for many during the last year and a half, some foodservice operators have filled the gap with special global meals that bring excitement and adventure to diners.

In senior living, specifically, a focus on international fare gives residents a taste of places they'd like to visit or have been to in the past.

“It’s exciting to flex my culinary power and give [residents] some foods they haven’t had the opportunity to try,” says Levi Ellingson, foodservice director with Cura Hospitality, part of Elior North America. For these customers, he says, “food is No. 1.”

At Urbana Place Senior Living in Brooklyn Park, Minn., Ellingson runs Armchair Travel events once a month. So far, the events have featured countries such as Brazil, Germany and France. If possible, they’re themed to the current month—Oktoberfest in October, for example. Happy hours are also sometimes tied to a specific country.

For Oktoberfest, Ellingson prepared items like homemade pretzels and bratwurst, sauerkraut and beer cheese soup; during the Brazil event, he served kebobs with pineapple, sausage, peppers and marinated steak.

However, he doesn’t have total rein over what to serve. “Our hands are a little tied since we’re in healthcare and have to keep it healthy and make sure it meets certain nutritional requirements,” he says.

If any of these special meals proves to be a hit, Ellingson considers moving it onto the permanent menu. But sometimes they’re cost prohibitive, and in other cases, he has to adjust more authentic preparations to meet residents’ tastes. “Most of the time, authentic doesn't translate well to the residents,” he says.

CC Young, a senior-living community in Dallas, Texas, has been running its Travel the World program in multiple dining venues all year.

Morrison Healthcare General Manager of Dining Services Joshua Fels has highlighted New Zealand for New Year’s (for which he served meat pie); France/Paris for Valentine’s Day; Tulips in Holland during April; Mexico in May (with shrimp enchiladas); and Africa in August (summer corn salad with African spiced flank steak).

The enchiladas and flank steak were among the most popular meals, he says.

During these events, CC Young serves the same special dish at lunch and dinner because many residents don’t come down for both. The special is served alongside the standard menu, but often, 60% to 70% of residents opt for the special.

“For some residents, it’s rekindling memories; for some, it’s bringing excitement,” Fels says. “It’s unique and different and breaks up the monotony.” 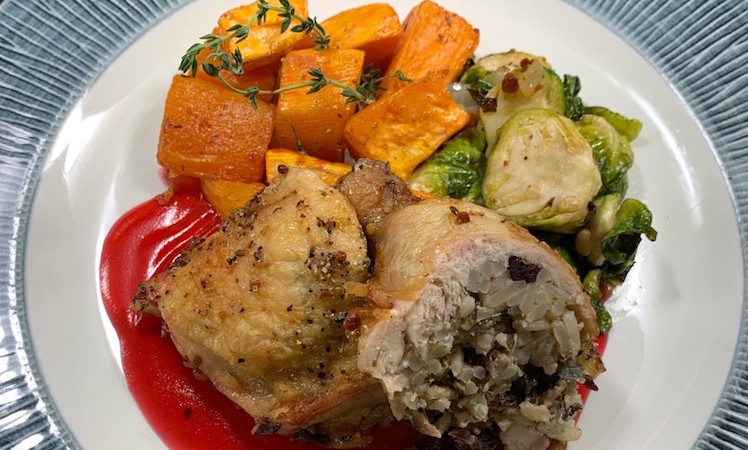 For the foodservice department, these special meals also bring some fresh energy. “It allows us to try different techniques, different ingredients, different cuisines,” Fels says. “It also creates fun for the front of house, so we can add different table decor or room decor, depending on where we’re celebrating, and they can be a little more creative in their uniform that day.”

The dining team publishes menus a week in advance, which builds excitement for these special events. And the Life Enrichment Team often plans activities along with the theme and publishes a staycation guide, detailing the events happening through the month. Residents can also get a passport stamped as they go on their culinary journey.

Fels plans to continue Travel the World next year, but will rotate the dishes so they’re served in different locations to bring even more variety.

Before starting at the facility, Sodexo created “dining enhancement committees” made up of residents and employees to find out what resonates and what works. Through this, it offers up Sodexo’s more than 70 internal culinary concepts—ranging from Greek to Mexican and German—to see which residents would like to explore. They can simply select the themes or can drill down to specific recipes.

Dining events will often be a themed day or month and might run concurrently with Spanish Heritage Month or Black History Month, for example.

“We can be the most successful if we engage our residents,” Area Manager Gregory Blumenthal says. “It’s our responsibility to provide as much spice of life as possible, so when they move from their home to this home, the only thing that changes is their address. And if they get to contribute to the direction of it as well, that’s important.”

Sometimes residents even get involved by helping to make cupcakes or iced tea, he says.

Staff enjoy these events, too, Blumenthal says: “Our chefs love to be creative and to create a memorable event. The chefs get pumped up about it and look forward to putting a little effort in.”

Miss traveling? A hospital dining team is here to help