In April, Scott Uehlein’s home became overrun with foodservice-size cases of product samples. That’s when his wife said it was time go back to work in Sonic’s test kitchen, at the chain’s Oklahoma City headquarters, where Uehlein is VP of product innovation and development.

For a while, he was the only member of the culinary team in the kitchen, so social distancing wasn’t an issue. Eventually, Uehlein worked out a “kitchen ballet,” coordinating a rotating schedule with his six other team members so only a couple came in at the same time and they could “dance around each other,” he says.

When companies were forced to close during the first few weeks of the pandemic, many chains were about to roll out LTOs and new items tied into March Madness and the spring season. Other launches were in the pipeline, awaiting more tweaking, consumer evaluation or test marketing. For the most part, restaurants pushed the “pause button” on R&D, but it never completely stopped. Instead, culinary teams figured out how to proceed differently.

“We often manage 40 LTOs at different stages at once, from inception to consumer validation,” says Uehlein. “We became very productive on Zoom.”

The Sonic Drive-In culinary squad met several times a week via Zoom. “In the beginning, there were product shortages in the supply chain and we had to be very limber and make some substitutes,” says Uehlein. As a QSR drive-in, most of Sonic’s 3,500+ locations stayed open or reopened quickly.

During normal times, chefs visit a supplier’s headquarters or a vendor comes into a chain restaurant kitchen for product cuttings, gathering the whole team to taste and evaluate a new ingredient. This activity made a relatively seamless transition to Zoom. Team members were shipped product samples to their homes and everyone logged on with the vendor for guided tastings. 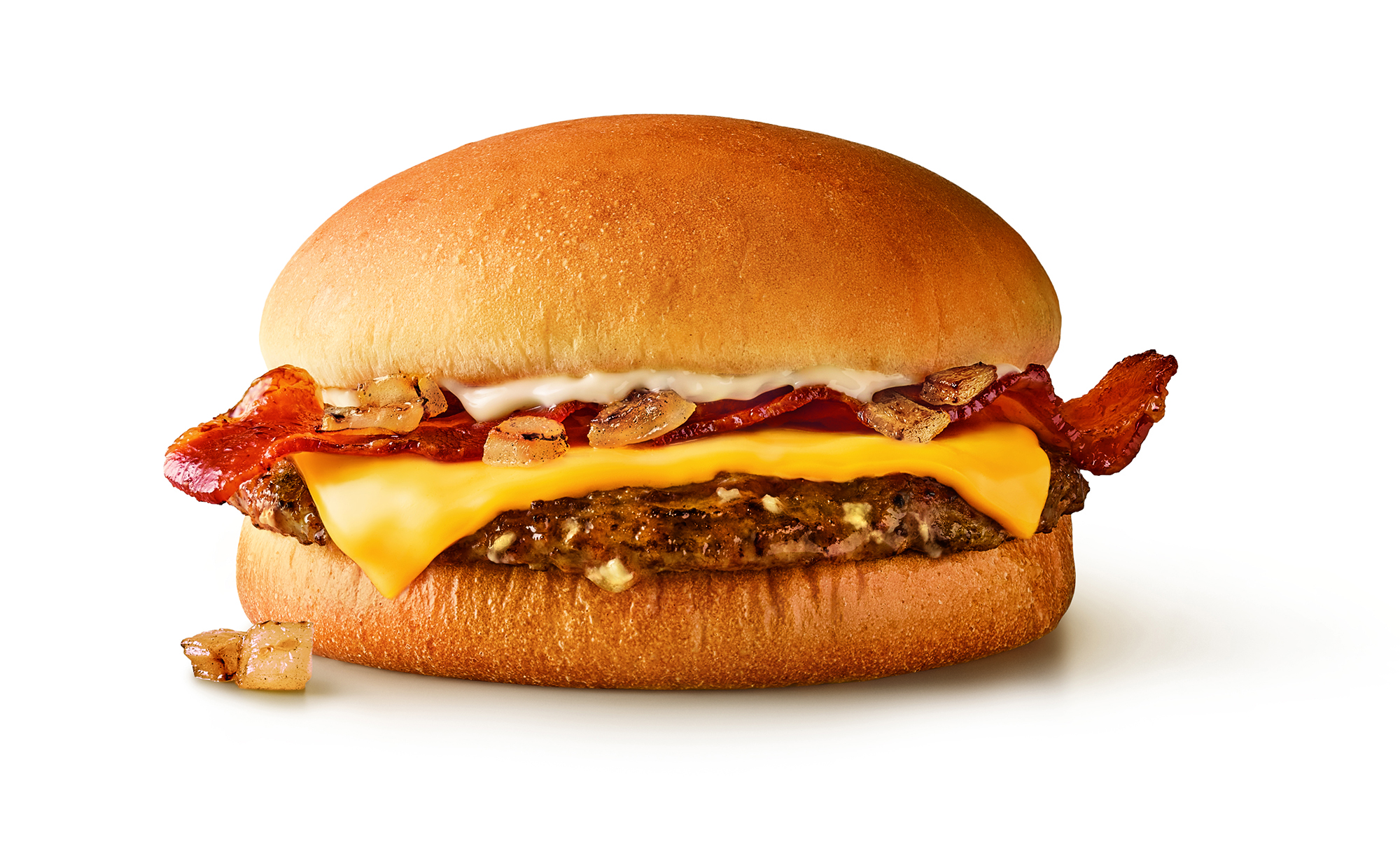 “In a way, it was more productive,” says Uehlein. “You cut out all that travel time.” Team members from quality assurance, supply chain and marketing often joined in.

Other operators conducted product cuttings in much the same way. Buffalo Wild Wings had about 50 sauces in some stage of development in its pipeline when COVID-19 hit, says Jamie Carawan, VP of brand menu and culinary. “The last thing anyone wanted back in March was a new sauce, but I encouraged my team to keep innovation going.”

For more on what restaurants have been serving up during these unusual times:

A few weeks in, vendors started sending products to team members’ homes and BWW chefs tasted along with the vendor on Zoom. “Virtual sauce tasting was one of the things that made the team feel engaged and most normal again,” says Carawan.

Fast-casual Moe’s Southwest Grill has a test kitchen in Atlanta and a company-owned restaurant in Roswell, Ga., and was often able to conduct product cuttings with small groups in both locations, says Caroline Morris, VP of menu management at Moe’s. When that wasn’t possible, products were quickly sent to team members' homes to continue the ideation process, and virtual tastings were held with supplier partners. 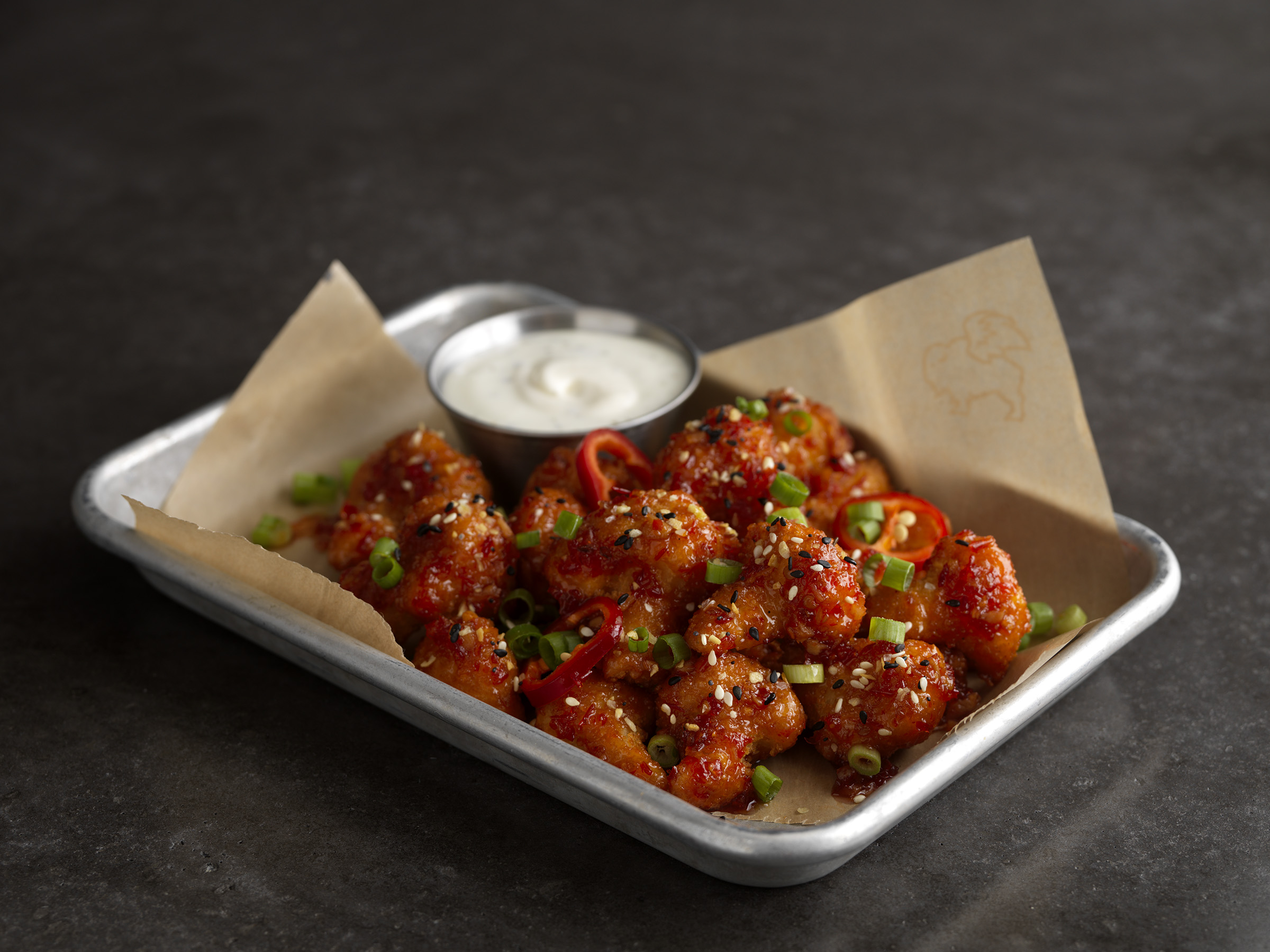 First Watch used Zoom to stage product cuttings as well, but VP of Culinary Strategy Shane Schaibly also got on the phone with suppliers’ corporate chefs to review products. Phone calls occasionally turned into brainstorming sessions with vendors on temporary product substitutes, as there were some supply chain shortages early on, says Schaibly. First Watch focused on to-go orders in early spring, but once the full-service chain reopened its dining rooms on June 1, most of the supply issues had been resolved.

Time to hit the accelerator

Most chains work 12 to 24 months ahead on LTOs and menu additions, so there were items in various stages of development in the pipeline. “We had a two-year innovation pipeline including culinary, operations and marketing initiatives that we were able to accelerate and bring to market extremely quickly,” says Morris.

Using components of present and future menu items, she was able to launch a Taco Kit in March, geared to families sheltering at home. “In July, we expanded the Meal Kits line with the launch of Fajita and Nacho Kits to give our fans even more options to enjoy at home,” she adds. And later in the summer, the fast casual staged a BBQ promotion with a themed burrito and bowl.

By July, Moe’s was also safely conducting consumer research and live focus groups for menu items potentially slated to launch in 2021. “We accomplished this with socially distanced tests where respondents were required to wear masks, seated at least six feet apart and served in a non-contact fashion. In between each session the room was completely disinfected,” says Morris. 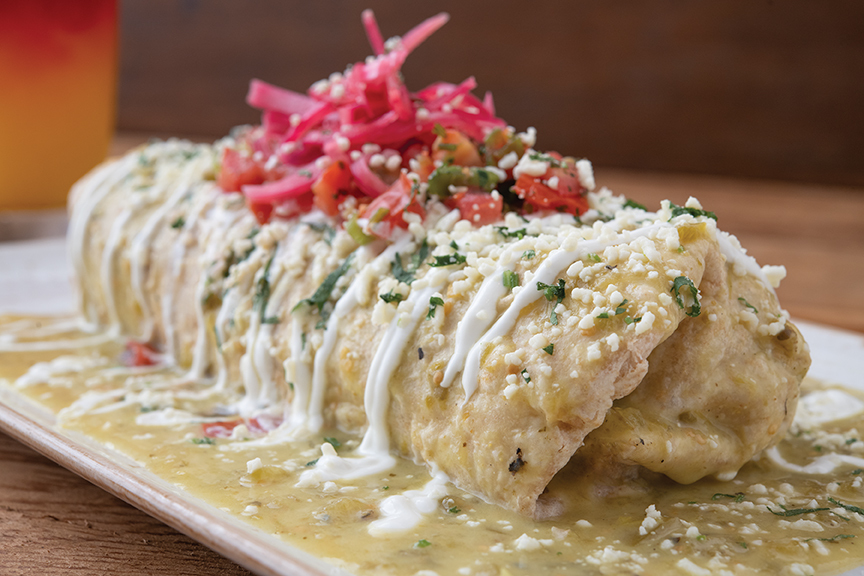 Hyper-engaged franchisees on Moe’s menu and supply chain committee are helping speed up launches without skipping any steps. “They allow us to test items quickly in different markets to understand operational execution,” Morris says. Launched earlier this month is the Grande Homewrecker, a supersized burrito developed to commemorate Moe’s 20th birthday.

Quick-service and fast-casual concepts could be a bit more nimble at the beginning of the pandemic, as they were able to open for drive-thru, takeout and/or delivery. “The arsenal of products was there, but we accelerated some launches to make them more relevant,” says Uehlein. “Consumer needs were changing due to COVID. Plus vendors were on slowdown too, so commercialization and rollout took a little longer.” 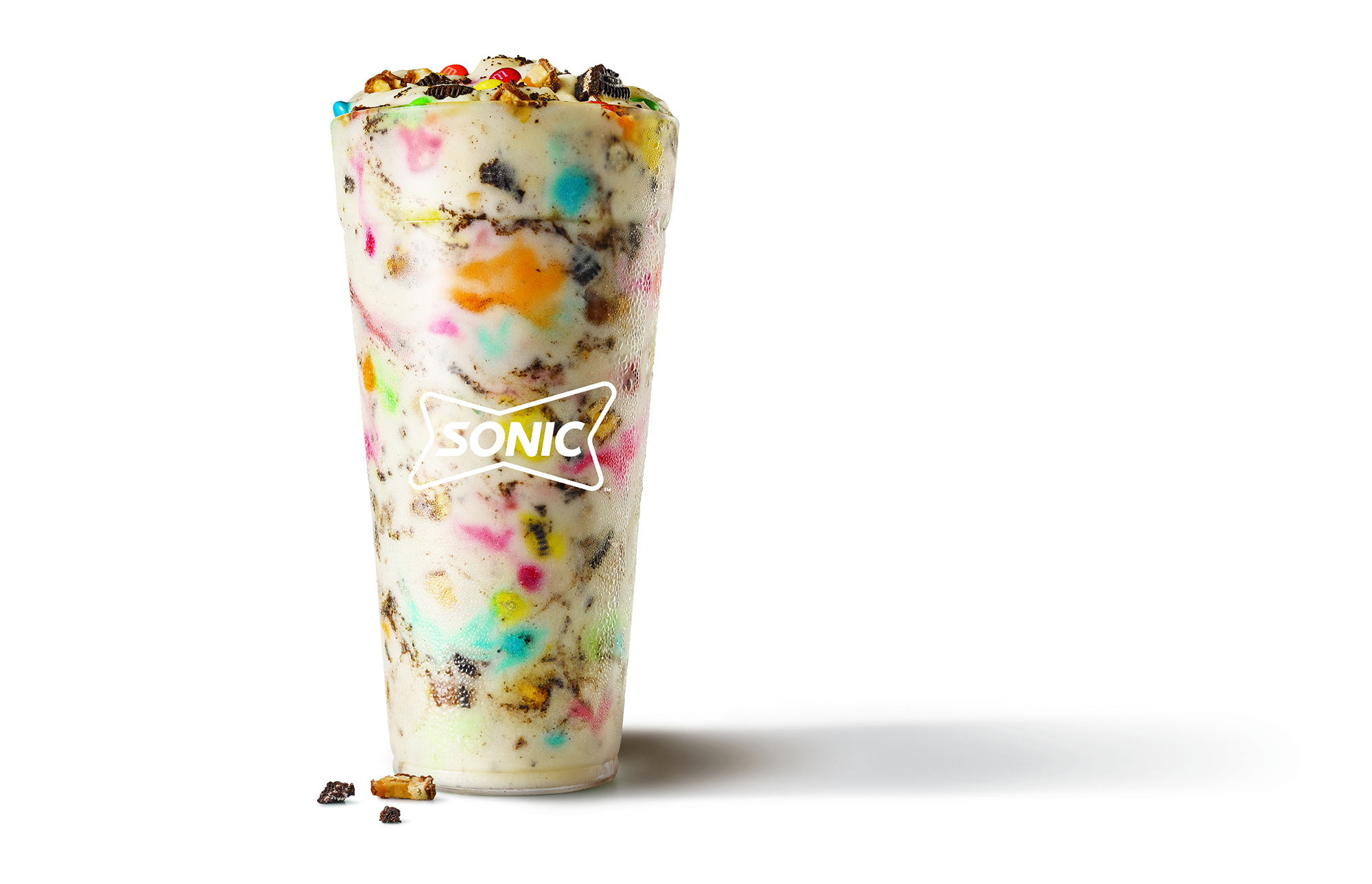 “There was no halt in R&D, but we did have to adapt consumer validation,” says Uehlein. Sonic has a centralized testing facility in Dallas, and the chain usually brings in 25 consumers at once to taste and rate new items. When the facility reopened this summer, the tasters had to be spread out in two to three rooms in smaller groups.

BWW launched a number of new items in September, including four sauces, crispy cauliflower wings and several salads. “We had done ideation and development three months prior to March, but weren’t able to get consumers to taste test until early summer,” says Carawan. Instead, he got the process going by presenting the menu concepts online to solicit feedback from loyalty customers.

“We asked questions such as ‘is this item a good fit for Buffalo Wild Wings,’ ‘would you visit the restaurant to try it’ and ‘what is your purchase intent?’” Carawan says. “We also asked for price suggestions. The whole process was faster.”

Once the restaurants reopened, the food was immediately put in front of consumers to taste at a couple of locations. “We also asked operators for input on how each item would work on the line,” says Carawan. The new items that launched received high marks all around.

When coronavirus hit in March, First Watch paused its LTO development and took time to “level set,” says Schaibly. “We decided to look back on fan favorites and employee favorites—all familiar and easy to execute—and let those propel our launches for the remainder of 2020.”

The chain couldn’t reopen its dining rooms until June, and when customers came back, they craved those First Watch items they missed and couldn’t make at home, Schaibly says. Coming back for a return appearance this month are Pumpkin Pancakes, the Carnitas Burrito and Holey Donuts, an indulgent shareable treat. 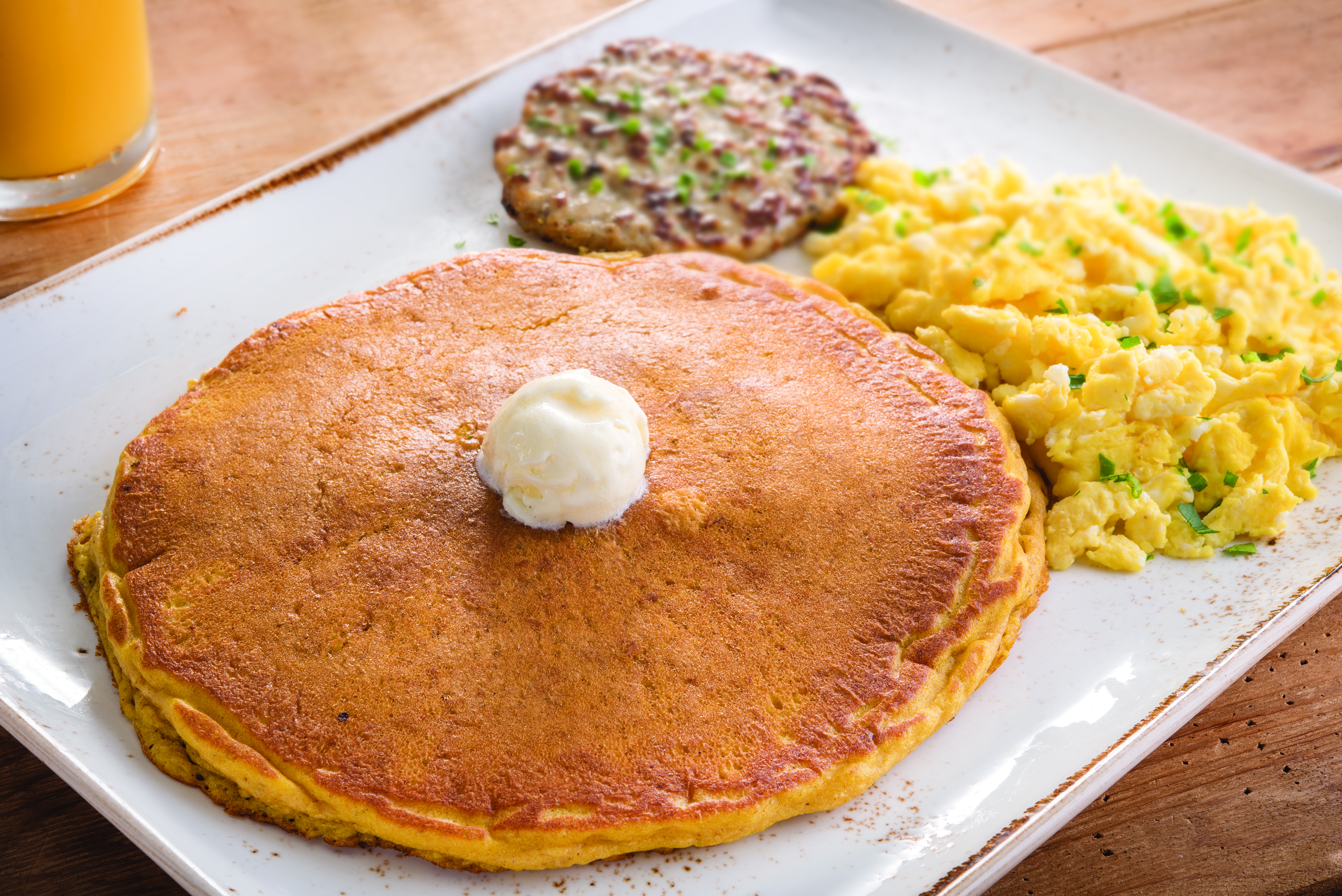 During the pandemic-forced downtime, Schaibly focused on “doing menu development to keep the R&D lines loaded.” The fresh juice program performed really well during COVID, and he wants to expand on its success. And since alcohol is a relatively new addition to First Watch and isn’t yet systemwide, Schaiby “didn’t want to sleep on this rollout," he said. He focused on acquiring liquor licenses and now alcohol is available in 20% of the chain's restaurants, with plans to expand it to 50% by 2021.

First Watch also has its 2020 LTOs waiting in the wings. “When we turn the switch back on in January, we will start releasing those items,” says Schaibly. “They will all be executed in 2021, and at the same time, we’ll be working on 2022 launches.”

As far as 2021 development goes, the operators agree that comfort will continue to be in demand and every new item will be evaluated to make sure it travels well for delivery and carryout.