Anchal Lamba is a master franchisee with Gong cha, a bubble tea concept that originated in Taiwan and is rapidly expanding across the U.S. Lamba is just over 30, but she already operates 69 locations of Gong cha in states ranging from New York to Texas.

She became a bubble tea fan as a teenager, when her family made weekly trips to an Asian community in Flushing, N.Y. to score the now-popular drinks, and many of her franchisees are former customers and fans, too. 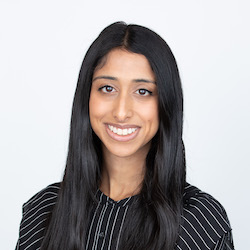 Listen as Lamba describes the differences between bubble tea, milk tea, slushes and other variations of the 50 or so customizable drinks at Gong cha, and how she sticks to the mission of “brewing happiness” as she expands the concept.

Also, we are now on Alexa. Log into your Amazon account, look for “Menu Feed podcast” to enable the skill. Once it’s enabled all you need to do to listen is say, “Alexa, play ‘Menu Feed.’”