Since California’s state motto is “Eureka!” it seems fitting that a recent conversation with the director of hospitality at San Diego’s Palomar Health led to the biggest aha moment I’ve had in a long time. 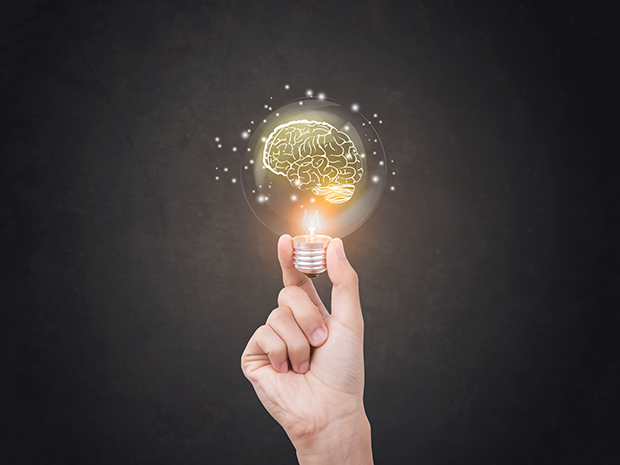 I called Jim Metzger in late April with the purpose of discussing Palomar’s recent commitment to the goal of making 60% of its total menu plant-based by this summer. It seemed a lofty number, and I was curious how the public health system planned to get there.

But my personal eureka didn’t come while we were talking about how Palomar had cleaned up the impulse-buy zones near its cash registers or frequent diner cards to promote Meatless Mondays—though those are great stealable ideas. As our conversation turned to Metzger’s larger philosophy of a hospital’s responsibility to diners, he laid out an analysis of a grocery store. For optimal health, shoppers should start in the produce section, then circle the perimeter to hit the meat, dairy and bakery sections. “Nothing in the grocery store designed for human consumption is in the center,” he says.

Boom! Mind. Blown. Metzger was correct with regard to processed and preserved foods—even modern flours, he says, are milled in a way that removes nutrients. While the “circling the perimeter” approach to grocery shopping isn’t entirely practical for modern life, it’ll certainly be top of mind going forward every time I hit the store.

For me, that’s the definition of eureka: finding something earth-shaking that you didn’t even know you were looking for. Eureka comes from being open to the unexpected, to paying attention to detail and not making up your mind too soon.

In the wake of new Secretary of Agriculture Sonny Perdue’s announcement in early May of plans to roll back parts of the National School Lunch Program, FoodService Director editors reached out to K-12 operators around the country to gauge their reactions. It would be dishonest to say we went in without expectations of how they’d feel—fewer regulations on sodium = bad, right?

Instead, the majority of those who responded to our emails were either relieved by the greater menu flexibility that the relaxed rules would afford, or understood the need for it. “We wanted some ‘tweaks’ to the program that we believe are beneficial to our students,” says Sara Gasiorowski, child nutrition director for Metropolitan School District of Wayne Township in Indianapolis (as well as FoodService Director’s FSD of the Year for 2016).

While it’s one opinion of a multifaceted issue, Gasiorowski and others see the positives in what may, on its face, seem like a negative to an outsider. That’s a eureka moment, too.