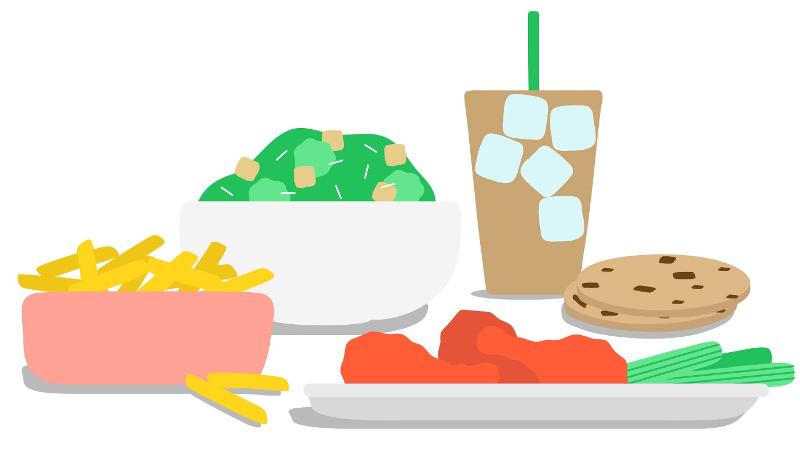 DoorDash released its second annual mid-year trend report this week, divulging how and what Americans are eating as the country emerges from the COVID-19 pandemic.

The DoorDash Deep Dish report details the kinds of foods and other goods consumers ordered through the third-party delivery platform, offering a look at both national and regional trends and cravings.

Indulgent snacking and health and wellness were both on the rise, indicating that customers still wanted to treat themselves at home no matter what direction they go in. Glazed donuts increased 501%, while sour cream and cheddar potato chips went up 112%.

But when vaccines became more readily available in March, wellness-promoting items grew in popularity. Purchases of electrolyte-enhanced drinks went up 112%, and non-edible products like shampoo (up 1233%), conditioner (up 1339%) and vitamins (up 254%) all increased.

As the vaccination rate continued to climb, Americans became more adventurous in their food choices, with 63% planning to try new restaurants and 47% saying they want to try new foods in general.

There was also a move toward social gatherings in the last few months, and as people started to get together again, they gravitated toward crowd favorites. The top five foods on the rise in the first half of the year include chocolate shakes (up 440%), chicken nuggets (up 410%), cheese pizza (up 362%), spicy chicken sandwiches (up 286%) and beef burritos (up 248%).

Blueberry muffins, bacon cheeseburgers and nachos were also among the top 10.

But many of the comfort foods consumers craved in 2020 have remained among the most-ordered items. Leading the list are french fries, followed by quesadillas, boneless wings, chocolate chip cookies and chili. Some global favorites also retained their status, including pad Thai, California rolls and chicken tikka masala.

The support of Black, Asian-American, women-owned and local businesses—a movement that took off last year—continues to go strong, the survey revealed. And 65% of Americans reported that they’d rather give up social media than never be able to get an item delivered again.