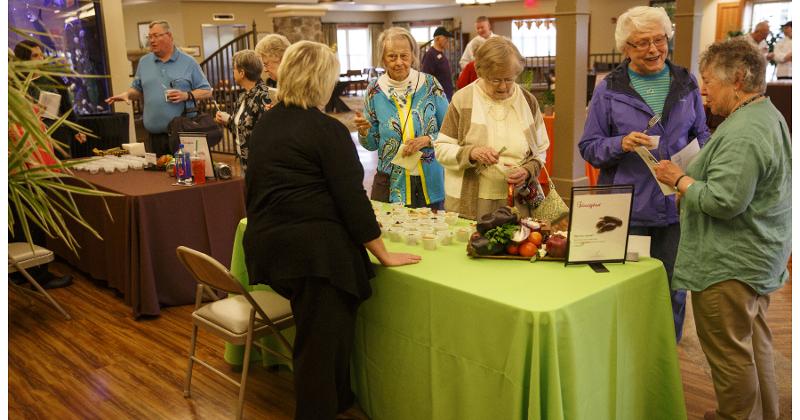 B by Sodexo rolled out as a pilot program at Garden Spot Village in 2019 to elevate the nutrition and dining experience for seniors with cognitive disabilities.

The program’s holistic approach not only empowered residents at the Lancaster, Pa., retirement community, it did the same for staff, boosting employee retention.

“We recognized there is a gap in the dining and hospitality industry to provide a program that supports multiple avenues of lifestyle changes for residents with mild cognitive impairment,” says Mindi Manuel, Sodexo’s senior manager of area clinical support. “Our training certification is designed to create an integrated care team, and we’ve seen significant benefits for the staff as well as the residents.” 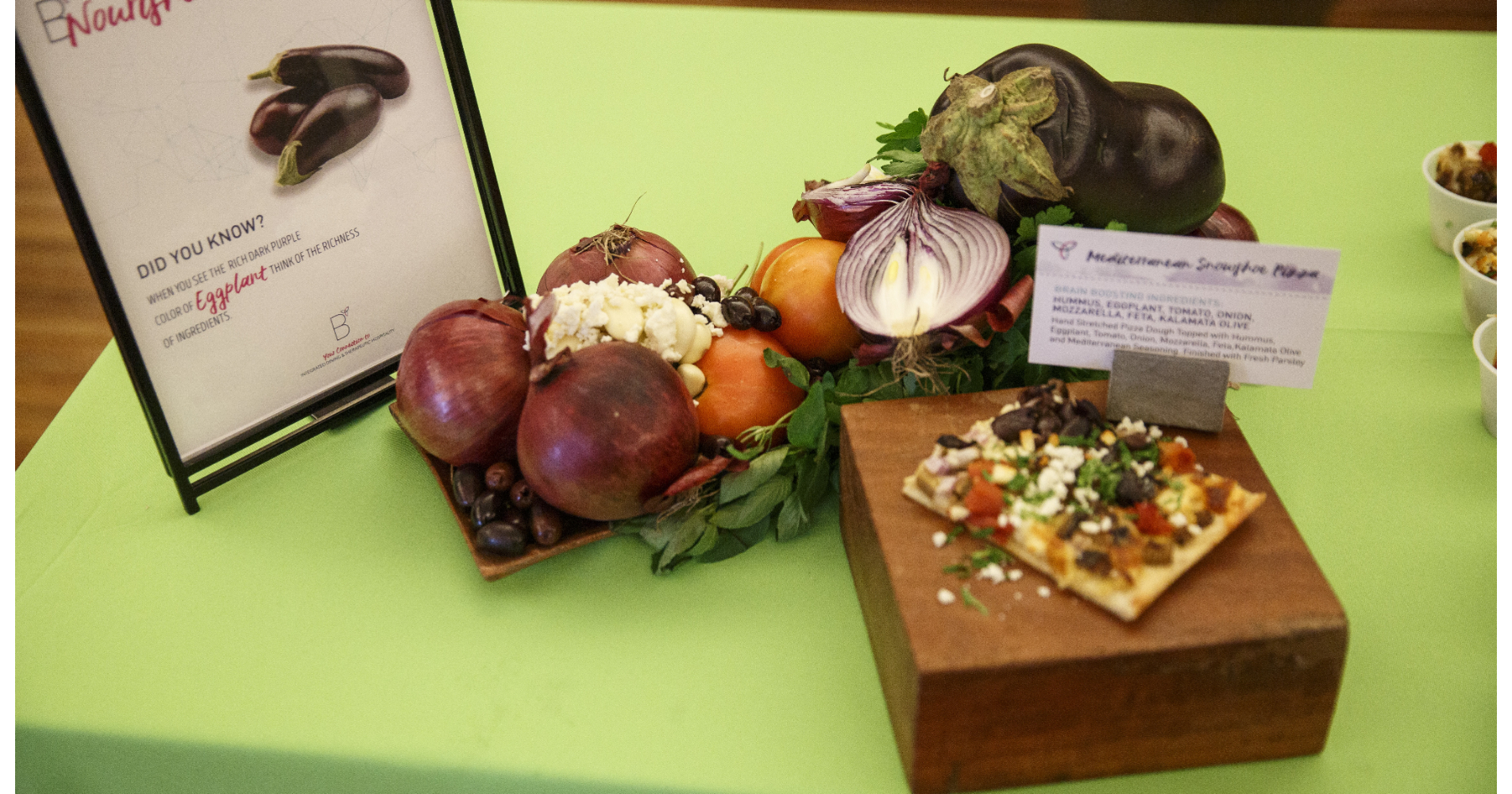 B by Sodexo is built on three pillars to support those suffering from dementia. Adaptive Wellness Culinary covers the menu, focusing on foods that promote brain health. Research has shown that ingredients rich in antioxidants, omega 3’s and specific vitamins—namely D, E, C and folic acid—may provide anti-inflammatory and vascular benefits, which can be beneficial to cognitive health, says Manuel. Foods such as berries, leafy greens, fish, beans and lean meats, along with spices like cinnamon and turmeric, fit the criteria.

To make the dining environment calm and supportive, the meals and snacks are created to be both portable or presented on a plate and served with utensils. “The handheld items are adapted to residents who become agitated or wander during meals,” says Manuel. “The portability allows them to take the food with them and also helps with dexterity issues.”

Both a dietitian and chef worked on the menu, which includes items such as a broccoli strata egg muffin, Asian cucumber salmon burger, Thai red curry chicken salad wrap, kale chips, a mini quiche made with turkey, apples and cheddar cheese, and a cranberry chocolate oat square.

The recipes are adaptable to individuals’ needs and level of impairment, Manuel says: “The salmon burger can be made into salmon coins that are easier to pick up. And the strata can be eaten as a handheld muffin or served on a plate with a fork. It depends on the level of cognition, which the staff has been trained to recognize.”

Coupling the menu with hospitality

This Adaptive Wellness Culinary pillar works in tandem with Therapeutic Hospitality, which addresses changes that happen to the senses and fosters socialization. Table placement, light intensity, distracting sounds, depth perception and other factors are taken into consideration to make dining easier to navigate.

For example, the B program sets a table with high-contrast, colorful plates to improve visual cues. Staff members can explain where on the plate different foods are placed by comparing them to the hands of a clock if vision is compromised. And if a resident is having trouble reading, an employee can bring out plates that display the various food choices in place of a printed menu. 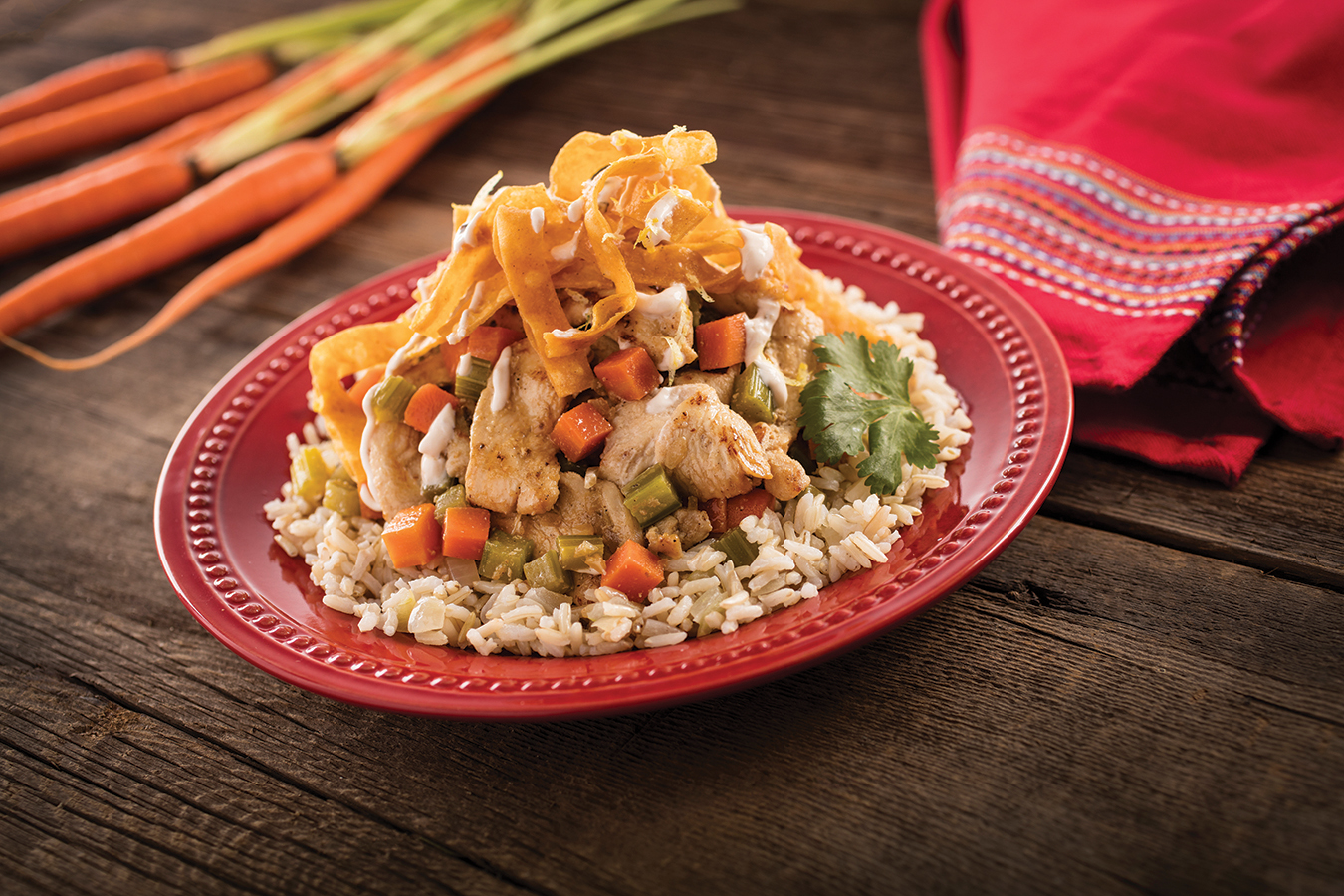 The dining teams were trained with a connector tool that teaches them to be mindful of residents’ potential struggles. For example, a person who orders the same thing every day may no longer be able to read the menu, says Manuel. In that case, the staff recommends adaptations.

“Our goal is to give residents the nutrition they need when eating on their own without sacrificing their independence or dignity,” she says.

B by Sodexo created a Holistic Dementia Care Dining Certification program that’s essential for any employee involved in dining. It brings together the science of cognitive impairment with the reasons behind Sodexo’s approach to reduce behavioral challenges, empower residents and more, Manuel says.

While many people think of dementia in association with Alzheimer’s disease, it’s also a symptom of other conditions, including Parkinson’s, she says. Sodexo partnered with Dr. Lori Stevic-Rust, a clinical psychologist and national healthcare consultant who specializes in holistic approaches to dementia care, emphasizing the integration of mind, body and the essence of a person.

“We feel that it is important for our dining teams to see a resident as an integrated being—where the body is responding to the disease, but the mind lives in the past, and the present is difficult for them to navigate and understand,” Manuel says.

“It shifts dining from being a feeding and eating time toward a therapeutic and social activity,” says Manuel.

The impact is noticeable, she adds. Residents at Garden Spot Village became better nourished, with one staff member reporting that “Sarah only ate grilled cheese every day for years, but now has expanded her selections because of cueing.”

And the training boosted the confidence of staff members and made them feel empowered. “The majority—70%—changed their own perception of their value to the residents, and 69% believed the program enhanced their ability to do their job,” says Manuel.

B by Sodexo took nearly two years of development and refinement to create, incorporating feedback from the pilot, says Manuel. The program was supposed to officially launch in January 2020, but the pandemic delayed the rollout. The plan now is to implement it in the next six months in more Pennsylvania retirement communities managed by Sodexo.

“We are proud of the results of the program and think it truly makes an impact in communities seeking to provide best in class, resident-centered dementia care,” says Manuel.