When it comes to plant-based eating, a growing number of consumers in general are moving in this direction. While college-age consumers are arguably in the sweet spot—younger consumers are more likely to identify as vegetarians, according to Technomic’s 2017 Center of the Plate: Seafood & Vegetarian report—all diners, including patients and staff in healthcare settings and young students in the K-12 arena, provide ample opportunity for operators. 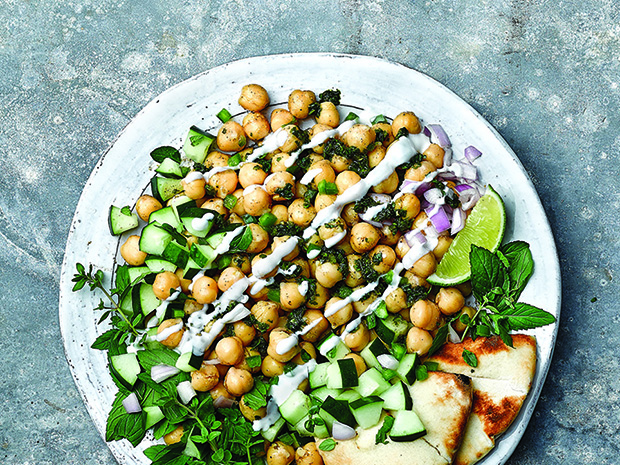 Compared to 15% of the overall population, 21% of younger consumers follow special diets some of the time, ranging from flexitarian to vegan, making C&U as well as K-12 a great spot to introduce more plant-based options. And in healthcare, more patients and staff are making the shift to eating these plant-based foods as well. As the environmental impact of food production has come under increased scrutiny, odds are that the number of plant-based diet devotees will remain steady.

In recent years, operators across the country have taken steps to increase their vegan and vegetarian options. At one extreme, a handful of colleges have designated entire dining halls as veggie-only spaces; at the other end of the spectrum, food stations, popups and carts and plant-based menus in C&U, K-12 and healthcare have been used to promote healthier eating habits and provide for diners who choose to eat this way, either full-time or occasionally.

Among the plant-based strategies that different segments are employing today include:

Carts and popups in C&U

The popup was a collaboration between the Animal Welfare Collective (AWC), a student activist group, the dining service and its food provider, Aramark. AWC members distributed pamphlets explaining the benefits of plant-based diets and sought feedback on the menu.

Additionally, last spring, the University of Pittsburgh introduced Forward Food, a plant-based food cart located in the Market Central eatery. During a test phase, the cart was equipped to serve 300 meals. When those sold out, the dining services upped the inventory to include 350 lunch and dinner meals. The college is considering setting up similar carts in other dining halls.

Reintroducing the salad bar in K-12

In the K-12 segment, where operators might encounter pickier eaters, setting up a salad bar is a great way to introduce more plant-forward meals. Because students can pick what they want and leave foods they’re not interested in, it’s ideal for minimizing waste. Operators can also test out offering new ingredients and flavors in this format, since kids may be willing to try small portions of something new—such as quinoa or kale, for example--alongside familiar favorites such as chicken tenders or spaghetti.

This level of commitment makes sense on campuses with larger populations. Probably the most well-known project is the University of North Texas’s Mean Greens all-vegan dining hall, offering the likes of “veganinis” (vegan paninis), tofu fingers and seitan pizza at breakfast, lunch and dinner. The cafeteria’s diverse menu and ambiance have won fans both within the local Denton community and among omnivore students.

Committing to at least a partially plant-based menu is a win-win, no matter what the segment, as operators of all types aim to encourage more healthful eating.