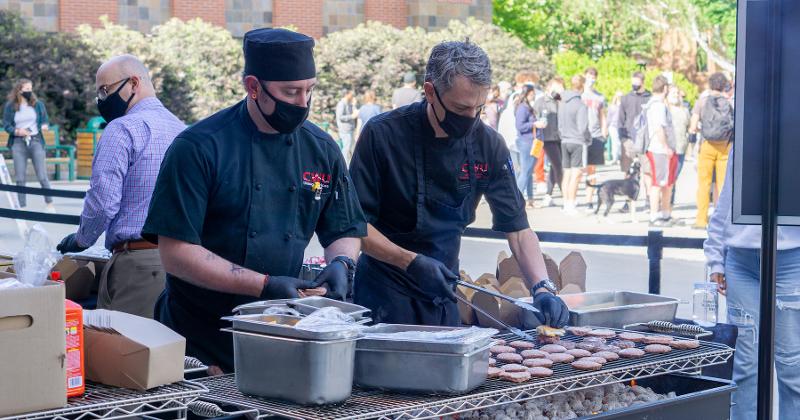 When Dean Masuccio arrived on Central Washington University’s Ellensburg campus to lead the dining services team in fall 2018, what he found was, well … a foodservice operation. It served its purpose; it served its food.

What he wanted to create was an operation not set apart from CWU’s educational objectives, but rather a key aspect of the campus experience.

The changes started small and grew over time, culminating in major updates to CWU Dining Services’ core purpose. Now their mission is “to nourish the body and mind of the campus community,” and their vision is “to be a key campus partner in promoting the growth of CWU’s diverse community through culinary and educational experiences.”

For Masuccio, “we’re not a food and beverage provider; we’re here to support the students through fantastic experiences,” he says. “We shared that message far and wide to the staff and campus community, because that kind of philosophy is all about relationships.”

The pair were set to open in 2020, before anyone knew COVID would arrive and bring the typical student population in the residence halls from 3,000 to just 300.

But armed with their new mission, Masuccio and his team found it easy to pivot: They put Panini on pause and focused on spinning up Fresh Bar. The latter, developed and led by Executive Chef Joe Ritchie, features upscale, healthy foods like avocado toast with a soft-cooked egg, poke and Mediterranean grain bowls, as well as a variety of cold-pressed juices and kombucha on draft.

Many ingredients are sourced from CWU’s own Wildcat Neighborhood Farm. 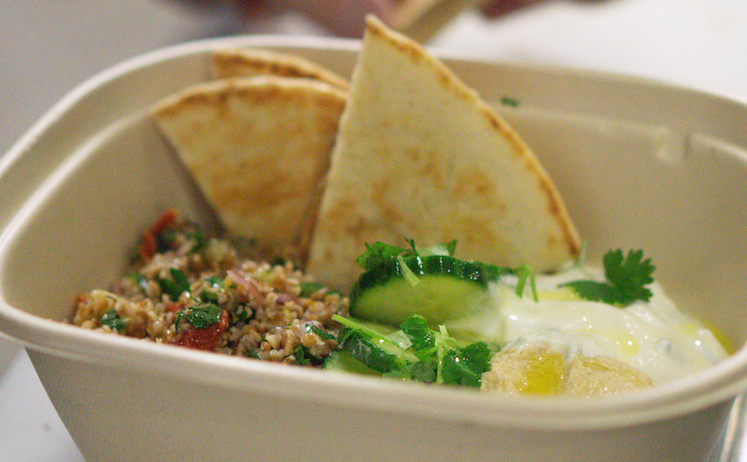 “We heard the desire for more health and wellness options, more vegetarian and vegan, more allergen-friendly—not that that’s not common elsewhere, but it rose so strongly to the top as a theme that we identified it as a priority no matter what,” Masuccio says.

And Fresh Bar’s offerings just happened to fit in nicely with the need for grab-and-go items while COVID prohibited dine-in. Demand remained steady even in the uncertain spring 2020 semester, Masuccio says.

Dining Services’ new vision has sparked changes for not just the food half of the equation, but the service side as well.

“No disrespect to the program I stepped into—they did great things over the year—but the direction I received walking in was, we want to enhance it to the levels expected of the current students and beyond,” Masuccio says. “To be recognized for excellence, be a benchmark for others.”

He saw clear areas to improve. Chief among them was “a complacency” he recognized in several of the operation’s more than 400 student workers, or “a sense that this was just some job they do while they’re here.”

They needed a robust training program, and soon. Within about a year of his arrival at CWU, Masuccio brought on Denise Payton as assistant director of dining. Armed with a master’s in adult education and years of developing training programs at another university, Payton was given free rein to build something completely new.

“I am more of your people developer rather than a culinarian,” Payton says. “I have a background in foodservice, but I’ve focused my energy and time on developing leaders from within, and that’s what Dean was looking for.”

Student workers were invited to submit professional cover letters and resumes to be considered. Out of the 25 who applied for the first class in January 2020, 19 were accepted into the 16-hour training.

“We talk about going from a peer to a leader, not only helping people learn tasks but also understanding styles of learners, so when they’re training someone, they can meet that individual where they’re at,” Payton says. “It’s about problem solving, critical thinking, conversations, managing credibility and all kinds of things that help in the workplace.” 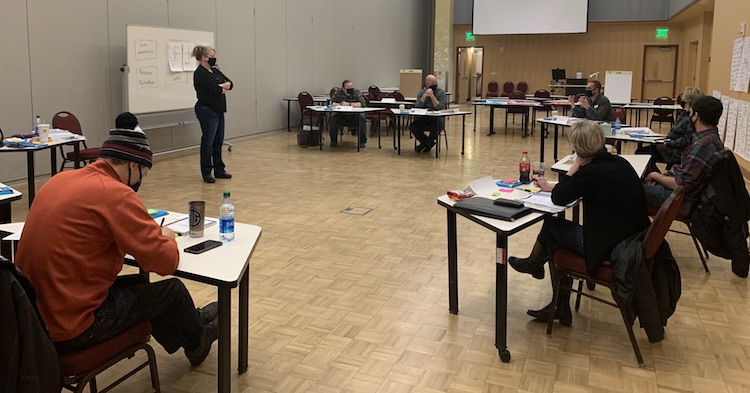 Payton also led the creation of a Coaching Training, as well as a Difficult Conversation course about managing one’s emotions and those of the people one is speaking to—especially relevant for these times, as staffers have had to ask customers to wear masks and socially distance. Even after COVID abates, Payton plans to continue that series in a more general fashion. Operational trainings include culinary basics, as well as information on allergens and food safety.

“They go in great employees, but they come out and they’re confident employees,” Payton says. “Across the board, I hear they have a spring in their step [and them asking] where can I help, what can I do. They feel more empowered, and that’s what it’s all about.”

Masuccio is thrilled to see these shifts, but he still looks forward to additional improvements as CWU Dining Services comes to inhabit its new mission and vision.

“While the culture isn’t where I want it to be yet, we know it takes time,” Masuccio says. “To be successful, you do need to put yourself in a place of vulnerability to listen, and to have the flexibility to adjust the approach going forward. It’s not all perfect, but the training efforts are definitely paving the way for where we want to go and the operation we want to be.”

Nominate an FSO of the Month
FSD  human resources

Chartwells Higher Education brings back Joy-Ful campaign for another year