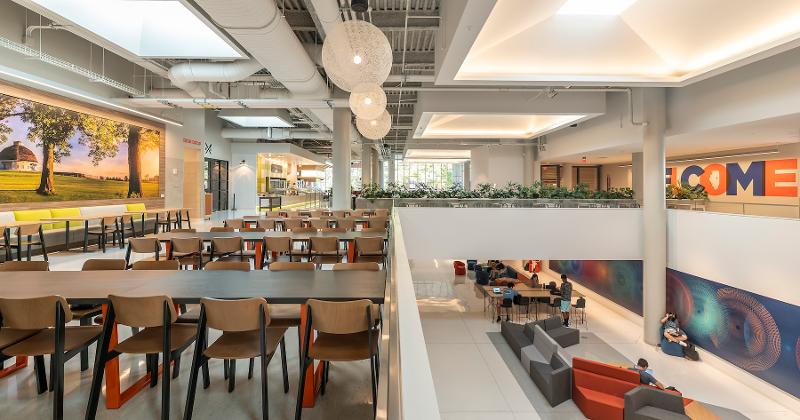 The new ISR is entirely unrecognizable compared to its previous iteration, which was designed in 1964 and hadn’t received much of a makeover through the decades. Ventilation problems were rampant, the 750-seat space wasn’t large enough, and when a team conducted a pre-renovation survey, an attempt to remove insulation from the pipes brought the pipes along with it.

Transforming ISR into a crown jewel of university dining took years of intentional planning. The journey began in 2017, with a jam-packed bus trip during which members of U of I’s housing department toured 30 Chicago restaurants. The team collected inspiration and decided what they liked and didn’t, while its design partner, foodservice consulting and design firm Bakergroup, was on hand taking notes.

“I will tell you that working with the Bakergroup taught me how to look at a restaurant from a designer's perspective, and I don't walk into a restaurant the same since that tour,” says Director of University Housing Alma Sealine.

“They told us, you walk into the restaurant and you look up: What do you like about the ceiling, about the lighting? Is there good ventilation? Do you see dirt?” she says. “Then you look down. Is the floor plank, stained concrete, tile? Finally, take in the overall ambiance—whether you like it and whether the whole concept seems cohesive.”

Those rapid-fire observations, along with student feedback solicited via social media, informed the nine restaurant concepts at the new ISR, which now serves about 4,000 meals daily.

The eateries are Fusion 48, named for the number of countries in Asia; Saporito, an Italian concept that rolls out pizza crusts, I-shaped pasta and more; Table 1867, a demo kitchen whose moniker nods to the year U of I was founded; the top-8-allergen-free Inclusive Solutions; international spot Latitudes; breakfast joint Rise and Dine; Grains and Greens; Grillworks; and Cafe la Crumb.

Each concept retains its own flair, with individualized logos and designs, but they all fit into the eclectic modern feel at ISR, which boasts wood planks and pops of colorful furniture, murals painted on the walls, plenty of plants and funky light fixtures, as well as seating for 1,386.

Despite the pandemic, the team managed to open the new ISR in fall 2020. But the dream that it would be a community-centered space first and foremost was put on hold, and the dedication and formal opening ceremony was pushed to September 2021. Yet even the subdued launch included lots of excitement.

“When we opened in fall 2020, students came wandering through, just amazed—taking pictures, grabbing each other for selfies,” Sealine says. “Students living in the hall were telling their friends on the other side of campus that they had to come see it. It wasn’t what we had planned, but it was still really exciting to see how much everyone loved it.”

Around that time, Sealine also began pulling double duty, acting as FSD in addition to her housing director role until the university hired Jason Ensign in January 2022.

Ensign, Sealine and the team consider fall 2021 to be the beginning of the “soft opening” of ISR, and as they look ahead, they plan to fully realize the initial dream of the space as a community hub. A lower level in the building features not only a tea bar and convenience store, but also a library, multi-purpose rooms and a “living-learning community garage.” 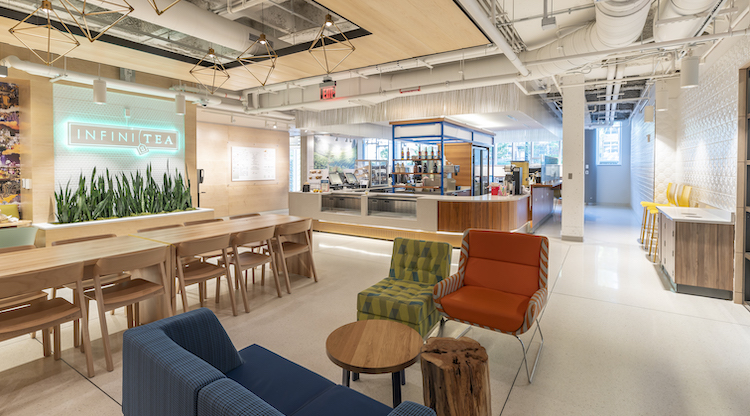 “The pre-pandemic plan was to create a space that supports the needs and the mission of the institution, so we’re focusing on not just providing meals but also education and service,” Ensign says, adding that COVID’s effects on staffing, finances and the supply chain have posed challenges but are abating.

“We're back at a position now where we may be able to submit additional positions to be able to expand our services,” she says.

So far, ISR has hosted some smaller-scale events like a midnight breakfast celebration and guest chef demos at the test kitchen, but the team has a long list of upcoming plans that include summer camps, conferences and catered events.

The dining team is also in talks for partnerships and programs around themes like sustainable farming, cultural inclusiveness and food insecurity, some of which are still under wraps, Ensign says.

“ISR has already been great, but we really want to realize its full potential as an intentionally designed space,” Sealine says. “When we say we’re focused on community, we that’s not just the residential population, but also the campus and the local community at large. We’re really looking forward to pushing the envelope and moving forward.”

Get to know University of Illinois’ Jason Ensign

See what’s in store for Ensign’s operation, which was named FSD’s April Foodservice Operation of the Month.

The staff that I'm able to work with. We've gone through significant, significant challenges—but when you look at the numbers, 40% or more of our staff have been here at least 10 years. That to me speaks a lot to the longevity of the jobs that we have and the institutional knowledge of the staff who stay with us. We’re able to capitalize on that, and that makes all the difference. 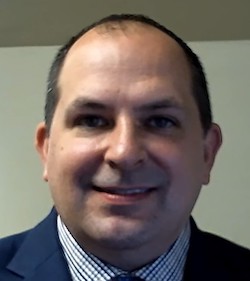 The main thing is to look at how we continue to improve what we're offering with the resources that we have available to us. That includes an overall housing mission because when I think about dining, it's not just dining—it's our residents. It's our technology, our human resources, and so many departments that come together to create this story.

We’re working with a couple of different individuals and groups right now on all sorts of things, to build collaborations or even embolden the collaborations that we currently have.  … As for culture, it’s really hard for me to capture one singular thing, especially as new as I am here. But I’m taking a close look at how we can continue to support our staff and culture, so that we can give as much as possible to our students, our customers and the community.

Nominate an FSO of the Month
CU