Conemaugh's dining staff was named HHS Team of the Year in 2021. / Photo courtesy of HHS

Raising staff satisfaction scores by more than 120% in two years would be a notable feat in any industry at any time.

But Conemaugh Memorial Medical Center in Pennsylvania pulled it off in the foodservice industry, during the onset and peak of COVID, after a major management change.

Tonya Spada-Dixon became FSD at the medical center in 2019, and she had one core goal in mind: Her team had to truly become a team.

“Our foodservice department was very siloed—this is the patient area, this is the retail area, this is the production area. ‘This is my job over here, and we don’t cross over,’” explained Spada-Dixon. “We needed to [instill] the approach that we are a department, together, and that we all have the common theme of caring for our patients.”

She was taking the lead role at a time of major transition, when the company HHS took over  Conemaugh’s foodservice function. At that time, team surveys revealed a staff satisfaction score of just 43.6%. Shortly thereafter, COVID hit the U.S.—and hit the foodservice industry with supply chain challenges, staffing shortages and more.

Yet Conemaugh Memorial’s staff satisfaction scores doubled the next year, in 2020, to 86.9%. The following year, they rose to 96%.

“It’s phenomenal. We’re so pleased,” Spada-Dixon said. “Everyone still gets frustrated, of course, and it is work, but we love that our team members enjoy coming to work.”

To do it, Spada-Dixon and her fellow leaders leaned in and listened. In group huddles they asked: Where are the obstacles? What can we improve based on the way the work actually happens? Does covering these floors make sense for you during this time of this shift, or should we change it?

They got an earful. And it’s not easy to change the fundamental culture of a workplace, even in the best of conditions. So Spada-Dixon broke it into chunks, focusing each year on a theme: 2019 was the year of transition to HHS management, 2020 was process and 2021 was the details.

In that sense, COVID provided a bit of a silver lining, she said: “For most people, 2020 was the year of COVID, and it was, ‘We'll just do what we've always done and keep steady and get through it.’ We did not. We really went feet first into the deep end and ripped our processes apart.” 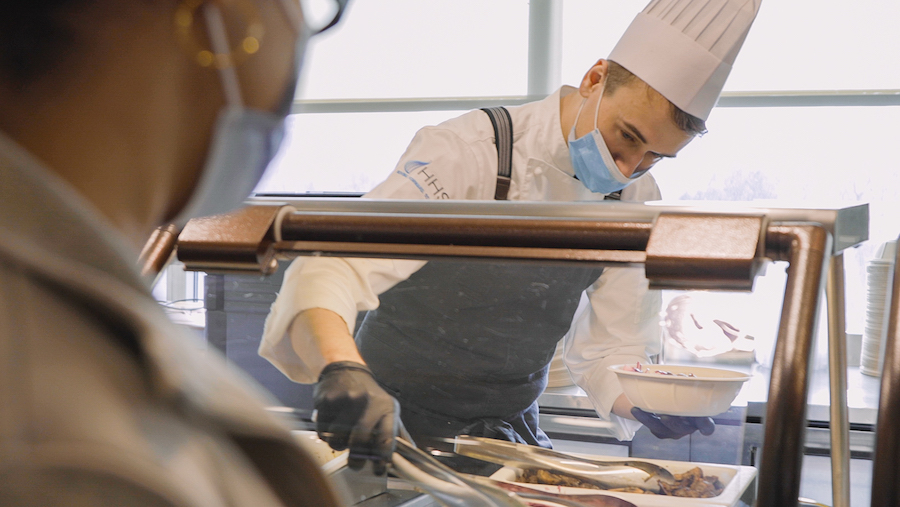 In one operational example, the team completely revamped prep lists. They had been generic, a list of what needed to be done whenever the person was able to do it. That broad approach wasn’t working, but Spada-Dixon also didn’t want to relegate prep to specific positions as people might be less likely to take them.

“With prep, team members had felt like, ‘Well, I’m doing prep for so-and-so, and it doesn’t make things any easier for me or my area,’” she said. “So instead, we took the entire menu, split it up [between team members] and created the prep lists that way. Every position had a responsibility [for prep], but the responsibility that a person had related back to the position that they were working—it would improve their shift later that day and the next day to keep everything rolling along.”

Spada-Dixon was also careful to recognize what she didn’t know. She’s a registered dietitian who had served as clinical nutrition manager before becoming FSD, so she takes an analytical and data-driven approach to her planning. She enjoys developing plans, charts and diagrams, but she also recognizes she may not fully understand what the theoretical looks like in practice.

“In these huddles, our team members were welcomed to say, ‘That plan seems great, but it doesn’t actually work—because when we're building off of our pods, we're not grabbing things in that order,’” she said. “Everyone brings these different perspectives to make the process as a whole, as a team. That is what changed our culture.”

Back to the basics

That spirit of fundamental change and a mix of perspectives was also necessary in Conemaugh’s kitchen, according to Blake Eckenrod, who began as executive sous chef in 2019 and became executive chef in 2022.

“It didn’t start off easy. When I got here, there was very little actual cooking being done and the prevailing thought was, ‘Why would we change anything?’” Eckenrod said. “It was very meat-and-potatoes, pot roast, turkey. So we wanted to make a lot of changes—[HHS] is very progressive—but rolling things out all at once proved to not be the most effective method.”

Instead, Eckenrod essentially sent everyone to prep school: He watched the work in the kitchen to identify weak spots and developed a yearlong training program. It was essentially culinary school, he said, with stations set up in the back of the cafeteria where the team spent an hour or two at stations to learn or relearn things like knife skills. 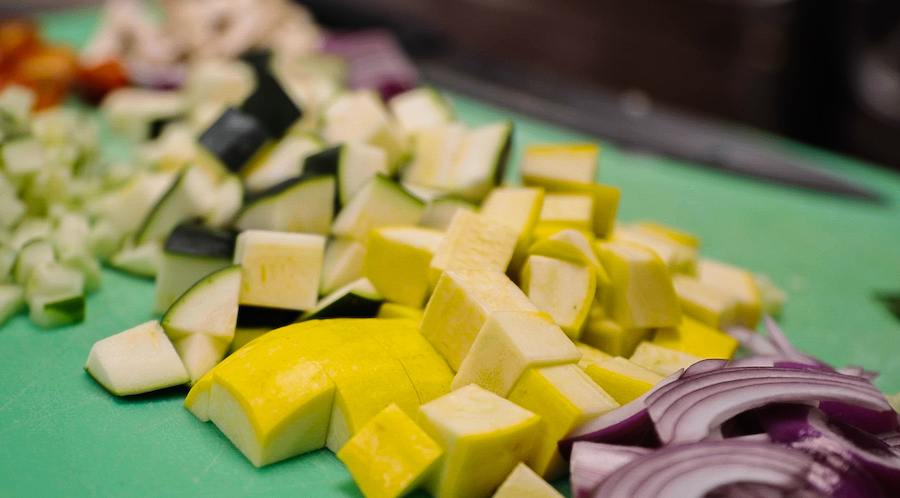 Veggies are prepped for meal service. / Photo courtesy of HHS

Some were excited, while others were remained skeptical about the need for all this change. So Eckenrod set up a chicken noodle soup taste test. The team would compare the current method, in which Eckenrod said “everything got dumped into a pot at once and boiled,” with his method: sweating vegetables first, cooking the noodles separately so they didn’t turn to mush, chopping the parsley finely, et cetera.

“The difference was really noticeable,” Eckenrod said. “It definitely stuck with some people—you’d start to see that [intentionality] spread to making other soups, and then other dishes. It was the beginning of [a journey in which] people realized that if we slow down and really take a look at what we’re doing, an extra step or two can make all the difference.”

Customers noticed the changes, as did HHS, which made Conemaugh one of its national training facilities to teach employees about company standards and methods for success.

“At no time are any of us looking for recognition, but that was a really humbling honor,” Spada-Dixon said. “It says a lot about how far we’ve come in the last two years, and it’s really because our team members are part of it all. They’re the ones who regulate their workflow and help decide what their days are going to look like.”

See what’s in store for Spada-Dixon’s operation, which was named FSD’s August Foodservice Operation of the Month.

There’s an overall love for what they do. And that might sound cliche, but you know, a lot of times people think your foodservice workers are ancillary—aren't as important as some other positions in the hospital—but they don't feel that way. They look at themselves as being just as important, because they know how important their role is in the overall well-being of the patient. 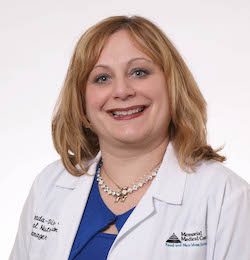 That's what's truly amazing, especially in the state of the world today with everybody short-staffed and frustrated. Yes, my staff is stressed, and yes, they're busy, and yes, they have bad days. But you don't see it here. They're happy and they're smiling with our customers. And they do really have fun.

The biggest plan is continuing to grow the department in our vision of best practices and what we do, but I also mean the team’s personal growth. We really want to focus on where our people want to be, where they see value and where they want to go. That’s so important to me because I think that's sometimes overlooked. It’s easy to become so focused on the department’s goals that sometimes we forget about their own personal goals—and it really is all about the team.

Nominate an FSO of the Month
healthcare  labor