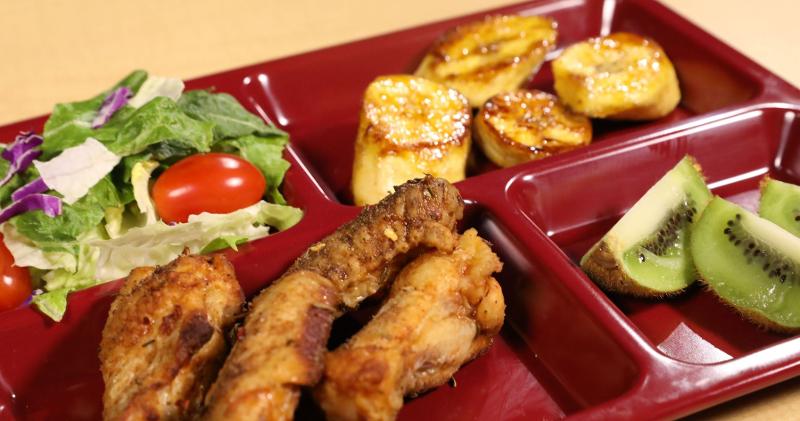 When Aaron Smith was a young student growing up on the West Side of Chicago, fresh foods weren’t something he saw often. As he tells it, there wasn’t a grocery store in his neighborhood, he ate “Doritos and cheese dip” at school—and he wasn’t introduced to other cultures’ cuisines until college.

Decades later, when he joined Seattle Public Schools, he decided he didn’t want the district’s 55,000 schoolkids to have the same experience. He wanted them to enjoy all the flavors of the world—and experience all the cultures found locally.

“I’m not from Seattle, so I went around the city and learned that it’s really five cities in one,” says Smith, who became the district’s director of culinary services at the end of 2018. “You have different pockets of different cultures—Asian population in the central region, Somalian in the west, et cetera—so it was clear to me that one menu wouldn’t work for everyone.”

Instead, Smith concluded, Seattle Public Schools needed five distinct menus to reflect and celebrate the cultures found within city limits. His team embraced the challenge, but they knew that before they implemented menu and operational changes, they would have to make more inroads in the community.

“I’m from Brazil, and representation is really important to me,” says District Chef Emme Ribeiro Collins. “We had had complaints about not meeting the needs of students in certain areas, and we wanted them to feel seen. But first we had to make them feel heard.”

The team embarked upon a sort of listening tour in 2019, traveling through Seattle to collect insights through both formal surveys and informal discussions. The feedback came from not only individual students, student groups and families but also cultural groups throughout the city.

“We get a lot of complaints in this industry, but people really embraced us being open to the feedback and open to change,” Smith says. “And it wasn’t just about getting entree ideas. Leaning into this not only increases participation in our program and a sense of inclusion throughout the district, but gives us chances to help educate everyone culturally.”

Smith and his team got an education, too. In one example, which both he and Collins recalled as the most notable in their journey, the team decided to work on a recipe for misir wot after speaking with Ethiopian families in the area. The red lentil stew is traditionally served with injera, a sour fermented bread, but the team explained that it was a bit too expensive so they would simply swap in another flatbread.

“The answer came back immediately and strongly: absolutely not,” Collins says. “They made clear to us the whole dish is based on the injera and cannot be substituted. So now we know, and that’s why we need the partnership. We want to do this authentically or not at all.”

The staff collated all they had learned throughout the year and made plans that December for a grand launch in 2020, rolling out new dishes and diversifying their menu month by month as they scaled up.

But then, of course, the pandemic dented those plans. With supply and staffing challenges, it was obvious Smith’s plan to create five individualized menus had to be put on hold. Yet the team still found ways to bring world cuisine to Seattle Public Schools throughout the pandemic.

To do that, they release new items in groups, starting in one region of the district and moving them to the next region the following week, collecting sales figures and student feedback throughout the run and reviewing it at the end of the cycle. New dishes have included tamales, arroz con pollo, chicken banh mi, duck spring rolls and much more. 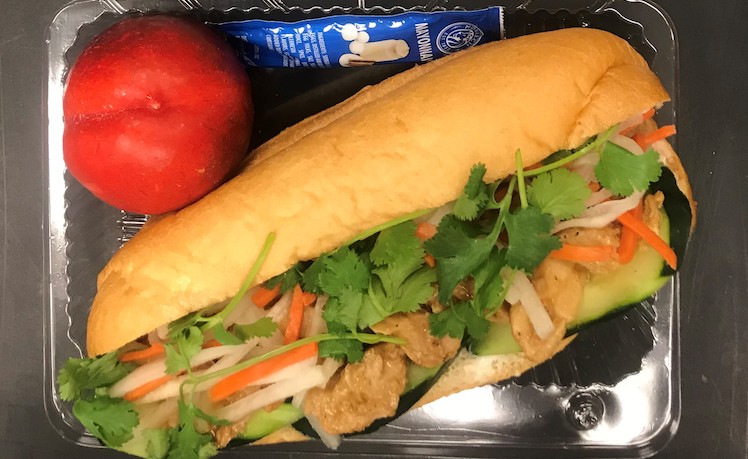 “Pandemic or otherwise, the main challenge was always: How do we implement this as a very small staff with a lot of locations?” Smith says. “This sort of cycled rollout makes it more manageable for us, and we get that real-time feedback, too. So we’re never rushing things, but instead phasing it in.”

Collins recommends that approach for other operations looking to add new unique dishes. She also notes that some operators unfamiliar with new ingredients may be nervous about finding suppliers to source the items they need, so in addition to asking customers and cultural partners, she suggests talking to staff about whom they buy from for their own family’s meals.

Though he hasn’t been able to create five distinct menus yet, Smith says he’s thrilled with the feedback: “It’s not just in the sales or parents’ comments on social media. It’s also a student telling me this is the best day they’ve ever had because they tried salmon for the first time or came to school to find a Haitian dish they love.”

And while not every dish has garnered blockbuster sales, Smith says that’s not how he measures success.

“We do look for retention, of course—but even if something didn’t sell well, it may have taught something to our students. and that’s a win,” Smith says. “It’s an exposure to not just new cuisines but different cultures, and that helps us do our part to educate our kids.”

Nominate an FSO of the Month
menu development