This is the second installment in FSD's latest Anatomy of a Renovation series, which follows the creation of Kansas City Art Institute’s Wylie Dining Center from blueprints to reality.

When deciding which concepts would be featured at Kansas City Art Institute’s new Wylie Dining Center in Kansas City, Mo., the team referenced surveys that showed the student body had a wide range of expectations when it came to what should be on the menu.

“We have a variety of populations with different food palates and [students] really wanted something that was pretty broad in the spectrum,” says Gina Golba, vice president and dean of student affairs.

The final design, which debuted in the spring, includes six micro-restaurants, each with its own menu full of made-to-order options. Here’s an inside look at each.

At Pizza, diners can create their own pies with an array of toppings, such as smoked tofu, and three types of crust: regular, sweet potato and cauliflower, the latter of which is gluten-free.

The concept is outfitted with a brick pizza oven that takes about an hour to heat up but can cook pizzas in just four to five minutes. The oven, which also acts a focal point, is one of Director of Dining Albert Macias’ favorite parts of the dining hall. “You look in there and you can see the flame, and it creates a relaxing environment and it's beautiful,” he says.

The Grille station serves up comfort food such as hamburgers and french fries, and contains hot wells for condiments and toppings that vary based on what’s being offered. When hot dogs are on the menu, for example, toppings may include chili and cheese. 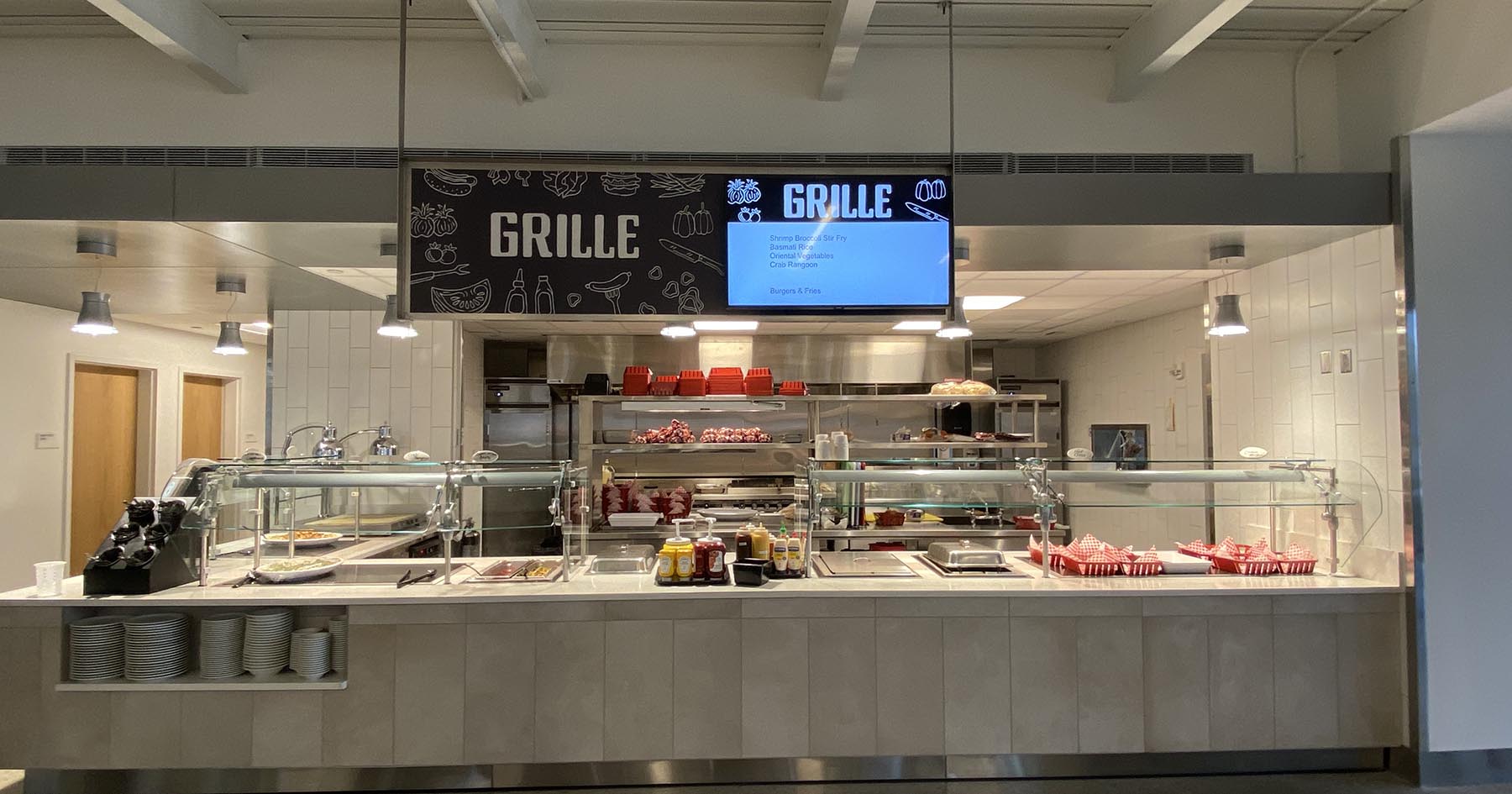 Grille is also is attached to Cafe Nerman, an adjacent eatery that serves hot items to students when the dining hall is shut down for the evening.

At Deli, diners can grab a sandwich or choose from prepackaged salads, such as chicken and tuna. There are also two soups of the day, one of which is meatless. 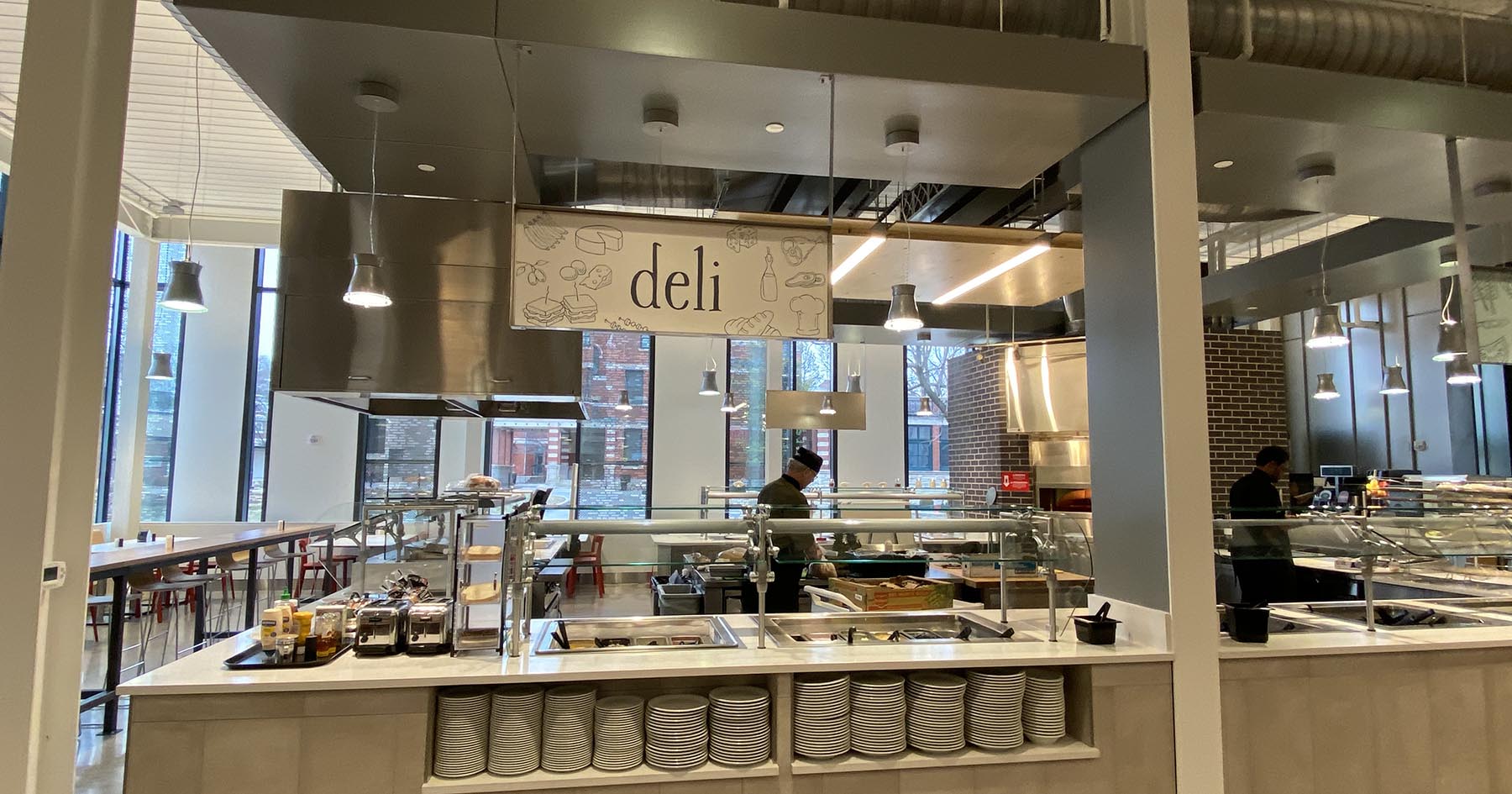 As its name implies, the Salad concept offers customizable salads. Diners can select spinach or spring mix as a base and choose from 20 different types of toppings. 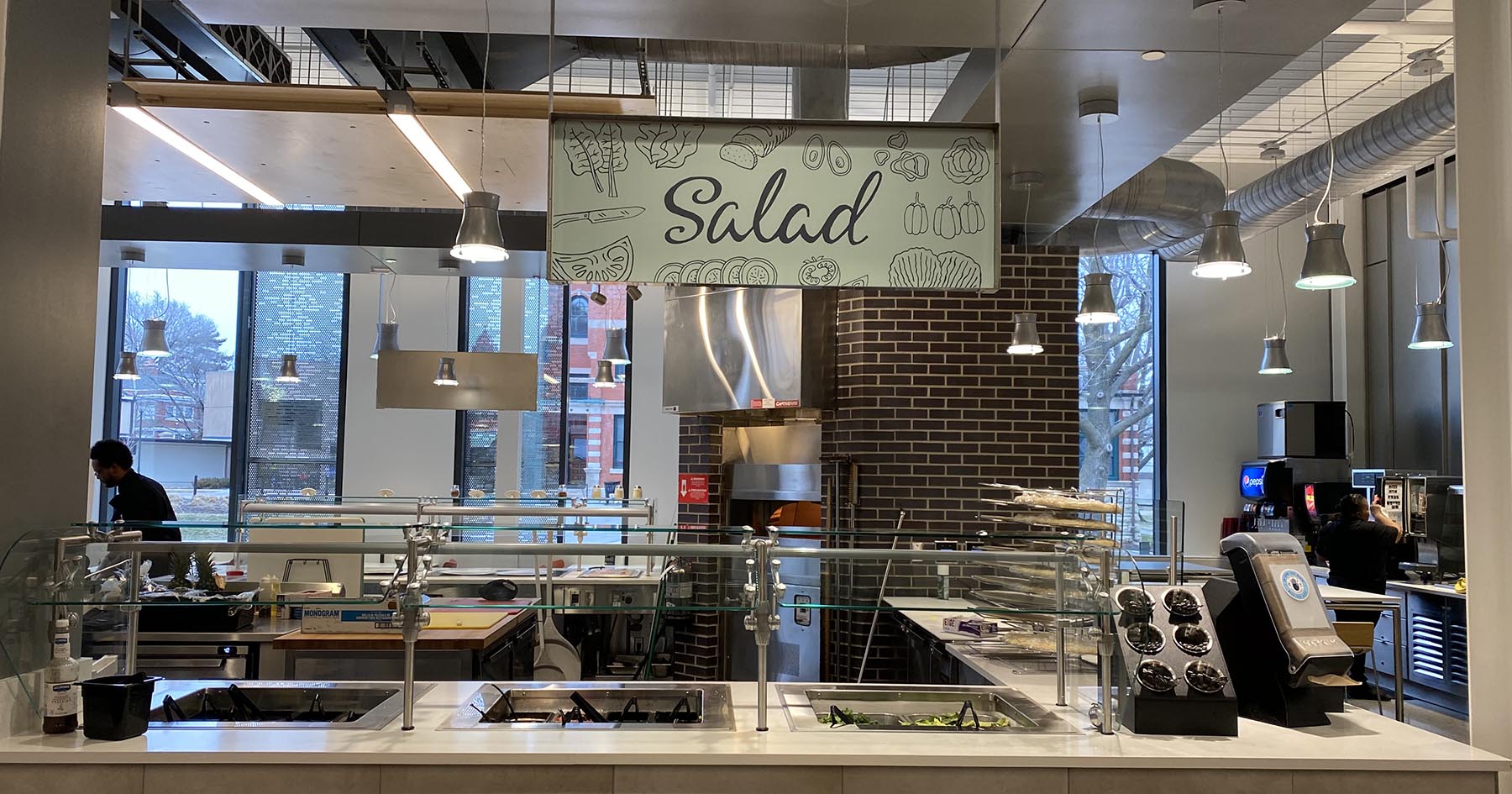 While plant-based options are available at every station, Vegan is for diners who prefer that their meals don’t come in any contact with animal products. “We use a lot of fresh vegetables over there,” Macias says. “A lot of quinoa, a lot of tofu.” 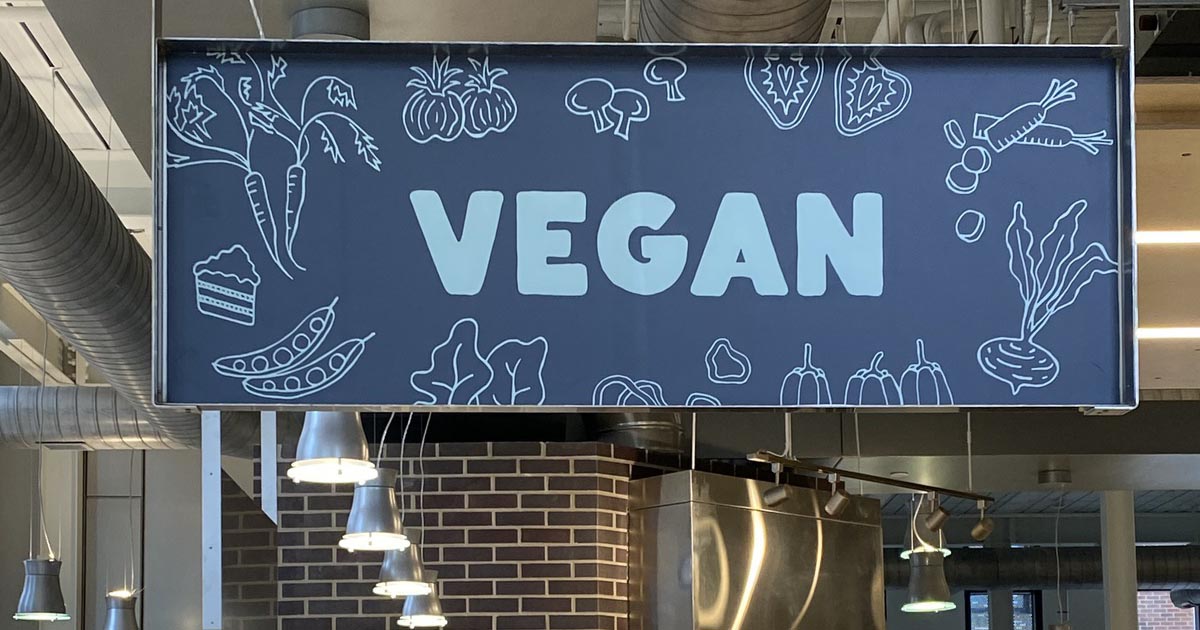 The dining hall sources its tofu from a local business and offers unique flavors like garlic herb and hot fiesta.

The dining team relied heavily on survey feedback when deciding what would be served at this station, which is one of the most popular concepts in Wylie, Macias says. Students overwhelmingly requested certain cuisines on specific days of the week: On Tuesdays, for example, they wanted Mexican cuisine, while on Wednesdays, Asian-inspired dishes were in demand.

The dining team responded with a menu that rotates daily, offering items such as fajitas on Tuesdays and a fried rice bar or ramen on Wednesdays. Thursday nights spotlight chicken tenders with a variety of dipping sauces. Students had no special requests for Mondays and Fridays, so the team looks at what ingredients it has available and builds the menu around those. Du Jour is also open for breakfast on weekdays and brunch on weekends.

Next up: How the dining team celebrated the opening of the eatery and an adjacent cafe.