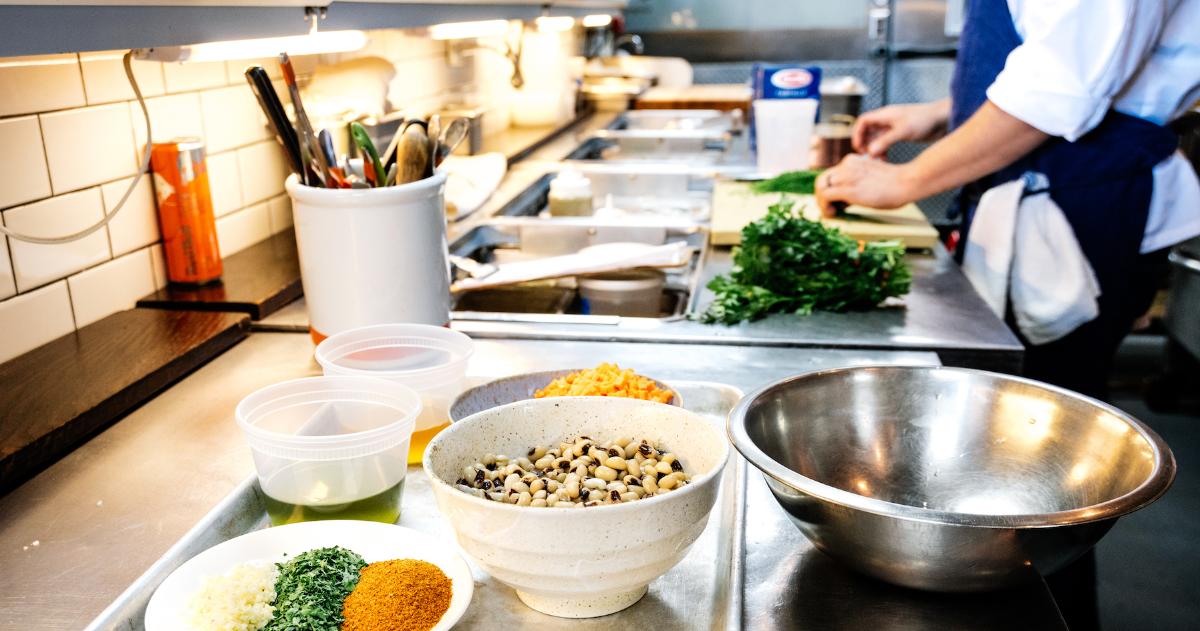 I am a cook and recently had a good interview for a sous chef position at a sister restaurant to the one I’m at now. Everything is looking good, but they told me next step is to “come in for a tasting.” I’ve seen chefs do tastings before but have no idea what to expect or how to prepare.

Congratulations on your successful interview! Tastings can be nerve-wracking, but they are important because it’s difficult to tell from an interview how someone actually works in a kitchen. As they say, talk is cheap.

The first thing you are doing right is asking in advance and planning. Tastings mean different things in different operations. Some chefs give their candidates a mystery basket, some expect them to come in prepared to cook a favorite dish or two, and others—especially old-school chefs—ask for a simple preparation on the fly, such as an omelet or a sauteed fish fillet. You should ask the chef what the format of the tasting will be and how you can best prepare.

What all of these formats have in common is that chefs and restaurant executives do not want to be wowed by culinary creativity in a sous chef tasting. It’s not a good time for you to try new things. They primarily want to see how you work: cleanly, efficiently and with a sense of urgency. And they want to see how you cook: confidently, precisely and with good seasoning.

Brain Lofink, culinary director at Simons Frank & Co., agrees. “Do something comfortable and familiar. The simpler it is, the better. It just has to be perfect.”

Lofink’s format for sous chef tastings is a tray with fish, meat, vegetables and sauces to choose from. Candidates are told to make a dish. “The people who do the best showcase their technical skills,” Lofink says. “Someone did pommes puree, but [the] potatoes were undercooked. It wasn’t a time test. They should have taken the time to do it right.”

If you can’t get detailed information on what the tasting involves, have a few trusted recipes in your toolkit along with your knives. If given the choice of what to make, choose something you’ve done many times before, and let your muscle memory guide you.

Finally, be sure to clean up after yourself and practice good kitchen etiquette by interacting politely with everyone in the kitchen. I’ve seen an executive chef lose a job he was the top candidate for because he dropped hot pots at the dish station without warning after an otherwise successful tasting.